Modi has misread the response to note ban

Other economists have predicted in a fall in the growth momentum, whose effect will be difficult to work out now. 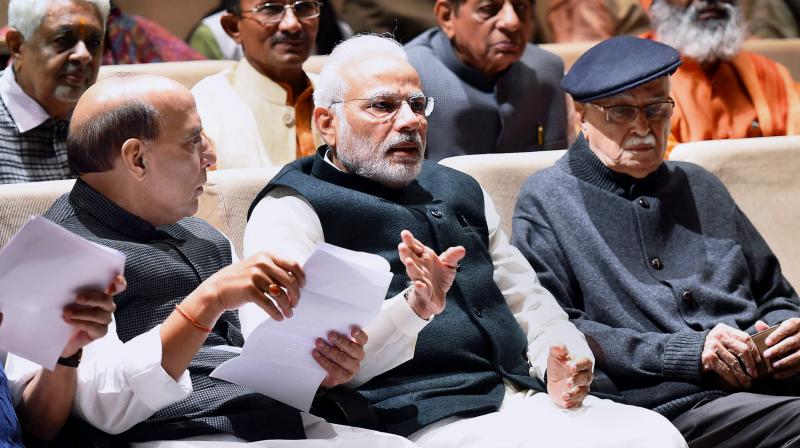 In the fable, the emperor wants a robe so fine that the royal tailor stitches him a garment that is not made from any cloth. The courtiers all rush to praise the non-existent royal robe as being of the finest cloth with the best weave. The emperor proudly parades in public until a little boy exclaims: “The emperor has no clothes.”

What we are witnessing is similar: Narendra Modi unveils a step to unearth black money, all his ministers and BJP MPs rush to praise the gambit as a wonderful step, ignoring the suffering of hundreds of millions of peasants, workers and others. And even while the Opposition shouts itself hoarse to point out the callousness of the step, the emperor and his courtiers deny the reality. Their denial is part of the gameplan, for to acknowledge the reality the emperor would have to step down, leaving the courtiers leaderless.

There are several features of the ongoing crisis that merit attention: the financial crisis will go on longer than anticipated; how the forthcoming Budget hopes to gain by way of dividends from the RBI, the rising crisis in the banking system from non-performing assets, or bad loans and how this may be dealt with. With the infusion of cash in the banks, they will be temporarily flush with funds and will be able to lower interest rates to industry as they pay holders of fixed deposits (largely retired people who have put their life’s savings in banks) lower interest rates.

The first consideration is that the crisis, financial and social, will go on for at least six months for that is the minimum time required to print the replacement currency. The total money returned to banks till the end of November was around Rs 11 trillion (lakh crore) of the Rs 14.2 trillion before the notebandhi. The government had hoped that 25 per cent or Rs 3.5 trillion would not be returned and would have to be “extinguished”. This could be seen as a profit for the RBI, which could be forced to give a large portion of this as dividend to the Modi government, substantially reducing its budgeted fiscal deficit of `5.3 trillion.

But with the high rate of old notes being either exchanged or put into the banking system, this is likely be a gross overestimate, and the RBI mat be left with a much smaller profit to give the government. If Mr Modi had not been so secretive and sudden about the shock, somebody would have told him about the many Indian innovations in laundering money from using dormant rural accounts under the Jan Dhan scheme, to using Nepal as a conduit, to clever chartered accountants working overtime to help their clients launder their money.

While there is no agreement among analysts about the fall in GDP, former Prime Minister Manmohan Singh, speaking in the Rajya Sabha debate on November 24, expected a long-term fall in GDP of at least two per cent. Ambit Capital, a stock research firm, has estimated that the GDP growth rate would fall to 3.5 per cent in the second half of the current year.

Other economists have predicted in a fall in the growth momentum, whose effect will be difficult to work out now. According to R. Kavita Rao, an economist with Delhi-based National Institute of Public Finance and Policy, if Rs 3 trillion is extinguished by not being returned to the banking system, the corresponding GDP loss would be `12 trillion or around nine per cent of the Rs 140 trillion economy now. The effects would be uneven. Agriculture would suffer heavily and industrial production would drop sharply in the small and medium sector, which has over four-fifths of industrial employment and 40 per cent of the production. The informal sector would be specially badly hit.

The money that enters the banking system would help the government in various ways. Around Rs 2 trillion to Rs 4 trillion would go to the government as additional income-tax, helping it reducing this year’s fiscal deficit. Banks are in a crisis having lost much of their capital through non-performing assets (NPAs), commonly called bad debts. The banks have already written off Rs 1.4 trillion and would have another `7.6 trillion to lend once they get the extorted money from the public.

According to the RBI’s Financial Stability Report June 2016, the NPAs in industry were as high as 11.9 per cent, much higher than the percentage in agriculture, services or retail. And, while the top 100 borrowers had 58 per cent of the total Rs 73 trillion in credit, they accounted for over 86 per cent of bad loans. The worst performing are the 10 largest borrowers. The debt of these groups has risen seven times over the past eight years, said a 2015 report called “House of Debt” by investment banker Credit Suisse. Their loans add up to 27 per cent of corporate loans. The total loans to these 10 biggest debtors was a staggering Rs 7.33 trillion, much of it bad.

All of them would benefit from Mr Modi’s sudden move to demonetise the currency since the banks would be flush with funds and could write off part of their bad debts. What the ruthless and cruel notebandhi would do is make life better for these fat cats while increasing the common family’s suffering.

Another important reason for the hurry and the secrecy is the election to the state Assembly in Uttar Pradesh next March. Mr Modi’s desperate gamble is to deny the two main rivals in the heartland state, Mayawati’s Bahujan Samaj Party and the Samajwadi Party, access to funding through the normal channels. The high moral tone is to conceal his party’s coup. But he may have misread the people’s response — who will show that the emperor has no clothes.