Opinion   Columnists  08 Dec 2016  Appeal of the far-right is growing all over Europe
Opinion, Columnists

Appeal of the far-right is growing all over Europe

The Austrian election coincided with a constitutional referendum in neighbouring Italy. 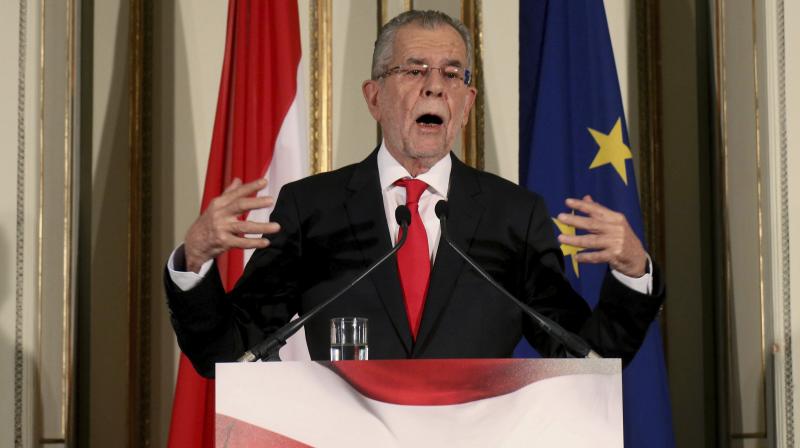 The reasonably decisive rejection by the Austrian electorate of the far-right candidate in the nation’s third presidential election this year has inevitably occasioned sighs of relief across the continent.

In the second round of the contest back in May, after the mainstream Christian Democratic and Social Democratic candidates had been dismissively eliminated, Alexander Van der Bellen, a former Green Party leader, secured a minuscule majority of a little more than 30,000 votes against the Freedom Party’s Norbert Hofer. The latter challenged the result, and the Constitutional Court decreed a rerun, which took place last Sunday.

Opinion polls suggested it would be a tight race, and many analysts thought that what had happened elsewhere in the world in the interim — specifically the Brexit referendum in Britain and Donald Trump’s triumph in the US — would boost Hofer’s appeal, making him Europe’s first freely elected far-right President since the Second World War.

It is now being claimed that those very events contributed to Hofer’s defeat by seven per cent on a solid turnout, and as a result Europe now has its first Green president — although Van der Bellen is not technically affiliated with any party. That non-affiliation as well as his Green credentials may well have been instrumental in securing this result: it is likely that a representative of the “grand alliance” between the Social Democrats and the Christian Democrats that governs Austria would have floundered in the face of Hofer’s appeal to those disenchanted with the status quo in general, and xenophobically alarmed by the recent refugee influx.

Gratification at Van der Bellen’s victory should not lead anyone to overlook the fact that the candidate of the Freedom Party — which has sought to disguise its neo-Nazi origins in the decades since it was led by Joerg Haider, but remains a deplorably extremist outfit — secured 46 per cent of the popular vote. And, unlike the Greens, the Freedom Party is projected to emerge as the strongest force in the next parliamentary elections, which will be considerably more consequential, given that the presidency is largely ceremonial.

The Austrian election coincided with a constitutional referendum in neighbouring Italy, which was resoundingly defeated on a comparable turnout of 70 per cent or so, leading to the resignation that Prime Minister Matteo Renzi had flagged when he called the vote, although he has been asked to hang around for a few days until the Senate passes this year’s budget.

Formally, the referendum was on constitutional reforms narrowly passed by Parliament last year whereby Italy’s strictly bicameral Parliament would effectively become unicameral, with the Chamber of Deputies effectively becoming the sole legislative body, and the hitherto directly elected Senate being sharply reduced in size and influence, with its members chosen by regional assemblies.

According to the official narrative, this would facilitate legislative efficiency, reducing the likelihood of laws being stalled for months, and even years, on end. It was widely seen, though, as a power grab by the biggest parties, which of late has meant the Democratic Party that Renzi represents and Silvio Berlusconi’s Forza Italia.

The most vociferous campaigners for a “no” vote were former comedian Beppe Grillo’s Five Star Moment (M5S), an outfit whose support straddles the left and the right, depending on the issue, and the Northern League, a crudely nationalistic entity that looks upon Trump, Vladimir Putin and Marine Le Pen’s Front National in France as its natural allies.

A sizeable proportion of the left, including from within Renzi’s Democratic Party, also opposed the proposed reforms, though — not least out of apprehensions over the consequences of a concentration of power in the event of a far-right electoral majority, which is hardly inconceivable in the current European circumstances.

For the time being, the mood in Italy does not presage a repeat of Brexit, but there is widespread backing for exiting the eurozone, if only to avoid the fate of Greece. And it reflects a Europe-wide disenchantment with the ruling class, where the so-called centre-left and centre-right have generally colluded over the decades, whether by alternating in power or collaborating in coalitions, to reinforce a neoliberal status quo that simply isn’t working for most people.

The most wretched consequence of this has been the growing appeal of the far right, which tends to combine demands for a better economic deal with vile, racist denigration of the most vulnerable segments of society.

British Opposition leader Jeremy Corbyn, addressing the Party of European Socialists Council in Prague last week, was absolutely right in categorising the far right as “political parasites feeding on people’s concerns and worsening conditions”, and in arguing that it is absolutely crucial for “progressive parties and movements (to) break with a failed economic and political establishment”.

Corbyn’s own experience in Britain, where he lacks the backing of most Labour MPs despite two resounding wins as party leader, suggests he is something of a voice in the wilderness. There is so far no indication the European left can get its act together before it’s too late.