What are the Haqqanis worth to you, Pakistan? Or put more bluntly, how much pain is Pakistan willing to suffer to hang on to the Haqqanis? 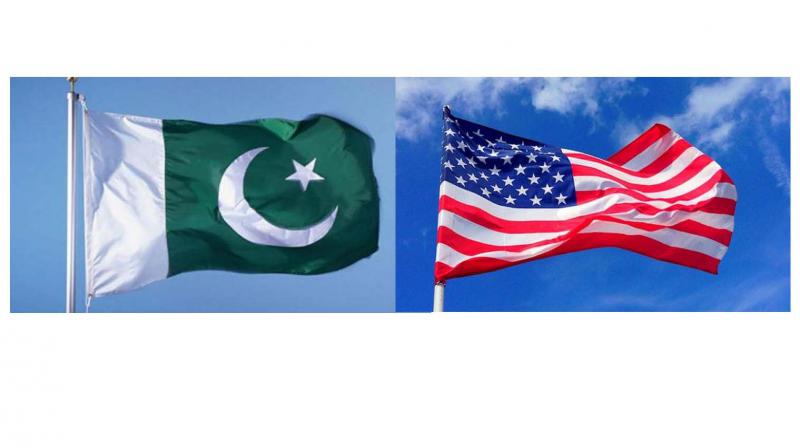 Direct money and materiel is only part of it. For years, money from the US gave Pakistan access to global markets at a time of low interest rates and historic liquidity, at least until the Great Recession. (Photo: AP)

Well, at least we’ve got round to admitting the obvious. The implication of telling the Americans that they have given us a pittance is that we struck a lousy deal to begin with.

And we did. Forget the financial accounting and arguing over how many billions they gave and we got. Stick to the geostrategic maths and double it if you like.

What were the Americans buying with their money?

Most obviously, access to Afghanistan and a chance at winning the war there. In the early years, necessary cooperation to dismantle the Al Qaeda network too. And through all of it, a conversation with Pakistan on stuff that interests the Americans.

You can add a few more things, but that’s really the essence of it. Money to equip and resource the US war effort in Afghanistan. Money to decimate Al Qaeda in the region.

And money to have a conversation with a Pakistan where nukes, militants and the fear of nukes and militants combining have made access to Pakistan necessary for the US.

And what did we get?

Direct money and materiel is only part of it. For years, money from the US gave Pakistan access to global markets at a time of low interest rates and historic liquidity, at least until the Great Recession.

So double whatever the number that is being bandied about. Heck, go crazy and use the fanciful number that has been wretchedly drawn up to put a money figure on all that we’ve lost to militancy.

And see what percentage of the US spend in Afghanistan it works out to.

Or, if you’d rather use what stupidity will get Americans to shell out, use the craziest figure you can come up with for what Pakistan has got from the Americans and calculate it as percentage of the US spend in Iraq.

The dirty little secret of the money given by the US to Pakistan is two-sided. On the American side, the Americans got pretty much what they spent on us, i.e. not very much.

And from a Pakistani perspective — not an institutional or state perspective — Pakistan pretty much got the least amount of money it could have for what was offered to the Americans.

With the latest national uproar and gnashing of teeth, we’ve got closer to recognising the crummy deal we originally struck with the US. The provenance of the deal-makers, though, means the anger is externally directed and selectively backward-looking.

Such are our ways.

The problem is that America First isn’t dictating US AfPak policy; it looks like it’s being guided by hawks and the military.

Set aside what the Trump administration is willing to do to Pakistan. An escalation strategy may be apparent, but you can bet if it does come to that, there will be a few surprises along the way.

Look instead to what the Trump administration is asking of Pakistan: what are the Haqqanis worth to you? That question has never really been asked before.

What are the Haqqanis worth to you, Pakistan? Or put more bluntly, how much pain is Pakistan willing to suffer to hang on to the Haqqanis?

You and me, the ordinary folk, don’t really know what the Haqqanis are worth to the Pakistani state. Trump or no Trump, we weren’t likely to find out anyway. A national conversation on Afghan policy has not been and is not likely to break out.

But there is fresh and very real danger.

Deciding anew what the Haqqanis are worth to us under intense US bullying and pressure risks letting nationalist sentiment affect what the Pakistani state can, and is willing to, do.

And dislike for Trump, an obnoxious, transparently anti-Muslim American President, could alter how far the state is willing to go to shield the Haqqanis.

On the American side, by letting military hawks shape the question on Pakistan, a volatile and thin-skinned President could just decide to bring the hammer down on Pakistan if he comes to believe we are defying him.

If the original deal was lousy, the new question should make everyone queasy.