It is clear that in spite of the best efforts of the government, social distancing in this operation will be compromised 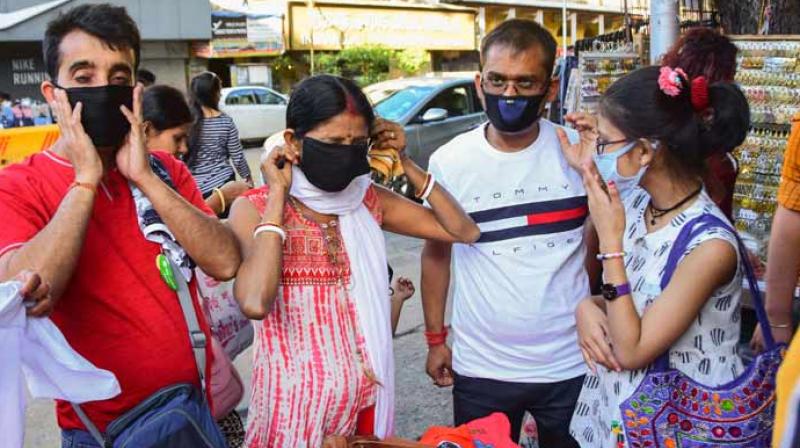 The Narendra Modi government’s decision on Friday to extend the nationwide lockdown for the third time till May 17, may have been well-intended, but in my view it will cause us to fall flat between many stools.

This is not to say that the first lockdown did not serve any purpose. It helped us to achieve three principal goals first, it cut down the initial transmission rate; second, it dramatically drove home the need for social distancing; and, third, and most important, it gave us the much needed time to upgrade our health infrastructure, including personal protective equipment (PPEs), ventilators, hospital beds, testing kits, contact tracing and quarantine facilities.

The second extension may have been a mechanical follow-up of the first, but now a third one raises some very serious questions. The first is whether this extended lockdown will achieve its underlying purpose of imposing self-isolation and social distancing?

I have argued, including in these columns, that these gains were always marginal, given the fact that the vast majority of Indians live in circumstances that makes this almost impossible. Roughly half of our urban landscape consists of slums, unauthorised colonies and jhuggi-jhonpri clusters where self-isolation and social distancing are just not possible.

It is no coincidence that Mumbai, which has the largest number of coronavirus cases in the country, also has India’s largest slum Dharavi.

Moreover, the movement of the oppressed migrant labour back to their homes, and their incarceration in ill-equipped quarantine facilities, or their move on foot on the nation’s highways, has made a mockery of the principle of lockdown.

Now, finally, the government is planning to run trains and buses to repatriate them.  It is clear that in spite of the best efforts of the government, social distancing in this operation will be compromised.

If the lockdown only partially fulfils the purpose for which it has been imposed, what on earth is gained by closing the possibilities for an economic revival? True, certain economic activities have been allowed in the so-called green, orange and red zones.

But the economy is a seamless whole, covering the entire gamut of production, supply chains, retail outlets, vendor networks, pan-India transport facilities and the movement of labour. It cannot begin to function in any effective manner with so many restrictions remaining in place.

Besides, the whole concept of green, orange and red zones, and the classification of what can be done in each, is highly questionable. For instance, a green zone is where there has been no reported case of the coronavirus for at least 21 days.

Suppose industries do open up in this area, but a few days later, due to increased testing, some positive cases of the virus are reported from this zone. If green suddenly turns to orange, and possibly red, what happens to the industries that had already opened there?

There are several other problems as well. Retail outlets for factory outputs may be in red zones, while the factory itself is in a green one; labour for the factory may be in a green zone but separated from the production unit by a red zone in between. The entire opening up of the economy is being held hostage to a colour-coded bureaucratic nightmare.

The fact of the matter is that the economy cannot be put back on its feet in a muddled, tentative, hesitant and half-pregnant manner. There is currently a near anarchy between what the Centre says, and the actions that the state governments take.

A current example of this is the sudden and arbitrary decision by the Haryana government to seal its borders with Delhi. Factories have opened up in Gurgaon, but workers from Delhi cannot reach them because the borders have been sealed.

There is also the worrying problem of the discretionary powers available to local officials. You cannot tell a factory owner to start production and simultaneously issue a threat that if one case of the virus is detected the plant will be closed for weeks.

I was told that the Maruti plant in Manesar, Haryana, could not open because one production line requires 1,100 workers, whereas the local bureaucracy would only allow 600 workers into the facility.

The coronavirus must be fought, but we have to also learn to live with it. This is especially so, since for reasons which epidemiologists are still researching, the fatality rate from Covid-19 is much lower in India, as is the test positive percentage, which at 4.4 per cent, or one out of 23 people.

This is the lowest by far among the Covid affected countries.  Given this, keeping the Indian economy shut, or not allowing it to run effectively, is not the way to live with Covid. In fact, already the damage to the economy has been astronomical, and it will take months to recover, if that. If the economy does not revive, there will be, as Infosys founder N.R. Narayana Murthy has warned, more deaths from hunger and starvation than from the virus. The country cannot live on doles for the poor in perpetuity, especially when revenues are touching rock-bottom and the state governments are starved of financial resources. It is also inexplicable that a third lockdown was declared without the announcement of a major fiscal stimulus package for the economy. What are particularly vulnerable in the absence of an immediate bailout are India’s 63 million MSME units, which employ 12 crore people.

Our handling of the Covid-19 pandemic has put the entire economy on a ventilator.  It is time that we overcome our paranoia, and devise India-specific solutions, instead of mindlessly doing one lockdown after another.