Sudhanshu Ranjan
The writer is a senior TV journalist and author

One may fault the BJP and the Left parties for many things, but dynastic politics is not one of them. 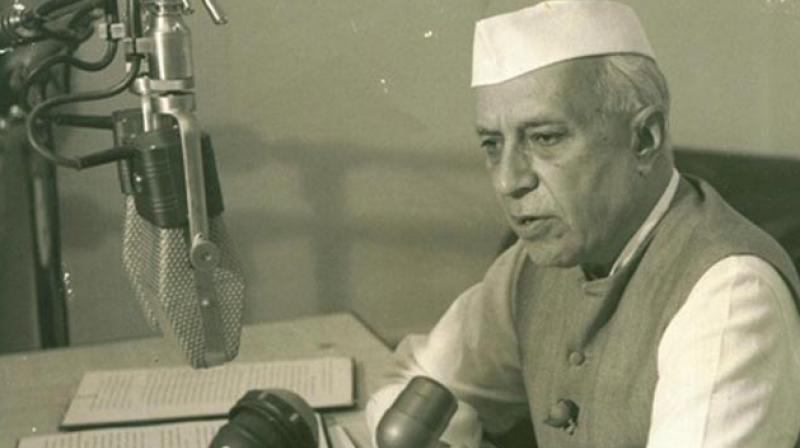 The family becoming central in a democracy is anathema to its very concept. The defining feature of monarchy is that one gets the highest position by the virtue of family, not talent or toil. But the distinction between monarchy and democracy is now wearing off and a monarchical form of democracy is being practised with the placebo of elections trying to confer legitimacy as the electorate doesn’t seem too bothered either.

Amid the raging debate over dynastic politics, Rahul Gandhi is likely to take over as Congress president soon. What he said at the University of California at Berkeley is apposite — that dynasty is the hallmark of Indian politics. But there are some happy exceptions. One may fault the BJP and the Left parties for many things, but dynastic politics is not one of them.

In 2005, during the Jharkhand Assembly polls, I interviewed Shibu Soren and asked him about the “putra moh” that he was accused of, to which he gave an ingenuous reply: “Putra moh nahin hoga to aur kaun moh hoga? (If someone doesn’t have attachment to his son, what other attachments will they have?) He didn’t go into the sophistry that it’s the people who elect leaders — like Farooq Abdullah, Lalu Prasad Yadav, Mulayam Singh Yadav, Karunanidhi, Parkash Singh Badal, and many others brazened it out by throwing the ball into the people’s court. It’s the same Lalu/Mulayam who earlier used to spit fire against the Nehru-Gandhi clan over dynastic politics.

The genesis of dynastic politics goes back to the freedom movement era when Motilal Nehru was succeeded as Congress president by his son Jawharlal in 1929. The succession was well-orchestrated by Motilal who projected his son for the post when, in 1928, a debate was going on inside the Congress over whether the party’s reins should be retained by the old guard or be handed over to young, energetic leaders. Motilal projected his son for the Congress presidency. Initially, Mahatma Gandhi wasn’t in favour of Jawaharlal, and instead suggested Motilal should take over. On June 19, 1928, Gandhi wrote to Motilal: “Sen Gupta writes to me saying that I should move the Gujarat Provincial Congress Committee to vote for you (Motilal) as the president of the coming Congress... Perhaps it is not yet time for Jawahar to occupy the throne... Sen Gupta suggests Malviyaji as an alternative.” Motilal wrote back to Gandhi on July 11, 1928: “I am clear that the hero of the hour is Vallabhbhai and the least we can do to appreciate his public service is to offer him the crown. Failing him, I think that under all the circumstances Jawahar would be the next best choice. Our race is fast dying out, and the struggle will sooner or later have to be continued by men of Jawahar’s type. The sooner they begin the better.”

So it was written all over his face that he wanted the top post for his son. However, at the Calcutta Congress (December 1928), he took over as president and was succeeded by Jawaharlal at the Lahore Congress in 1929. The succession was smooth as the foundation work was done by the doting father.

After his election, Jawaharlal was taken around the city in a carriage pulled by Congress workers, and Motilal was one of them to give the support of his shoulder to the carriage. In fact, he groomed his son for the top post in a very calculated way. In those days, Congress leaders moved around with long pieces of cloth spread out to collect funds. When Jawaharlal went on the mission, the mobilisation was huge. The fact was that Motilal deployed his own people with heavy amounts in different parts of the city to be dropped in his son’s kitty. It created an impression about Jawaharlal’s soaring popularity.

Jawaharlal continued the tradition after becoming Prime Minister and gave important positions to his sister and cousins Vijayalakshmi, B.K. Nehru, Ratan Nehru. Then Indira Gandhi was made Congress president in 1959. Mahavir Tyagi protested against it when her name was mooted in a letter to Jawaharlal Nehru dated January 31, 1959, asking him to stop Indira from becoming president, or else he (Nehru) should step down as PM. Nehru replied that her election would be quite appropriate for various reasons. Indira Gandhi went a step further and did away with the system of party elections in the early 1970s, that was revived by P.V. Narasimha Rao in 1992, but it was more to sideline the Nehru-Gandhi family loyalists than to restore internal democracy in the party. Sitaram Kesri was the last elected president, who was ousted unceremoniously in 1998 when Sonia Gandhi took over without an election, and continues as such till this date. Now it has to be seen if Rahul Gandhi prefers an election or comes through the backdoor.

Unfortunately, most political parties in India are functioning like single proprietor firms having one supremo, not subject to any law. The Constitution recognised political parties for the first time in 1985, when the anti-defection law came into force, creating Schedule X. Apart from it, there is no law to regulate them. The Commission to Review the Working of the Constitution (2002), headed by Justice M.N. Venkatachaliah, recommended the enactment of some laws to regulate them. But no action has been taken so far. In the United States and Canada, progressive movements in the first two decades of the last century brought an end to parties’ high command culture by enacting suitable laws. In the US, party members decide on candidates in every election — senatorial, gubernatorial or presidential. If India can also make appropriate laws to end the supremo culture, it will be the death knell for dynastic politics.