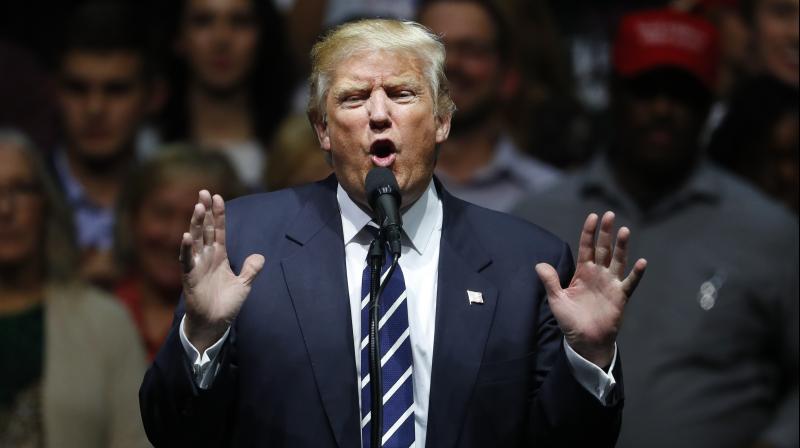 A New Year is a time of look forward to new beginnings, new adventures, new explorations. It says something about human beings’ innate optimism, that however bad the previous year has been, we gather together with a cheerful spirit on New Year’s Eve (which is only partially due to the glass in our hand), and enter the next year with unwarranted hope. But an irrational confidence in the future is what keeps us going, doesn’t it?

By any standard, 2016 has been an awful year. The rise of uncontrollable terrorism in the name of Islam has polarised nations and has made the liberal state an anomaly. The Brexit vote in Britain, which overcame all logical economic objections, has mired the UK into an uncertain future. The arguments that won the vote were all based on falsehoods — like a sudden influx of immigrants from the European Union, especially Turkey (therefore, Muslims); the amount of money going out from Britain every day as “subsidy” for EU, and so on. Prejudices and lies posing as facts have trumped rationality and truth.

“Trumped”, of course, is the right word to use because Donald Trump, the man who on January 20 will become the next President of the United States of America, has waged his whole campaign on stoking up prejudices and peddling lies. These prejudices, lying dormant till now, are all out in the open, and Americans are no longer afraid to shout them out loud. (I am reminded of what happened in our country some years ago, when L.K. Advani unleashed the worst kind of sectarian and communal feelings with his countrywide rath yatra which culminated in Ayodhya and was a precursor of the demolition of Babri Masjid. It’s a frightening indication of how far we have come in the last few years, that Mr Advani is now considered a BJP liberal).

Mr Trump has shown that in the America of today, it doesn’t matter if your personal history is “colourful” (Is that the right word to use for something that’s all black?). It doesn’t matter if your attitude to women is that of a caveman; it doesn’t matter if your corporate success is based on not paying taxes (in fact, that’s a sign of your genius); it doesn’t matter if all the “facts and figures” you give about Obamacare and other Democratic initiatives are patently a pack of lies. All this is ok if you can sell your vision of the new American Dream, in which the rich pay less taxes and somehow the poor benefit; where you deport people who make an honest living in menial jobs (even though no American wants them); where you brand all people of one particular faith (Islam) as potential threats and promise to keep them out.

As I write this, the sheer impossibility of the electability of a candidate of this kind dawns on me. Yet Mr Trump is President-elect! And his presidency throws up the possibility of huge dangers to the world in 2017. Because while Mr Trump’s campaign was mainly based on an isolationist and inward-looking US, his other strongly-expressed opinions will impact the world. The most important are his views on the uselessness of the United Nations, his belief that global warming is a lie, his challenge to Russia to restart the nuclear arms race and his threat to “nuke” anyone attacking US ships or troops. If only we could dismiss them as the rantings of an irrelevant madman!

At home, everything that happened in the first 316 days was overshadowed by the last 50 days, due to a measure some people insist on spelling as demonisation. The end-of-the-year (2016) and the beginning-of-the-year (2017) riddles were the same: Is demonetisation good or bad? My answer is: That depends. That’s not hedging the bets. It’s only to say that your answer depends on whether you live in India or in Bharat. I use those terms in a completely secular way, using them only to indicate economic class.

If you belong to India, which means to an economic level guaranteeing you a fair degree of financial comfort, you will say demonetisation is good. That’s because you have credit and debit cards, Internet and phone banking, servants to stand in bank queues when you do need cash. You can also give your domestic staff many years’ salary in advance, put your money in your multiple bank accounts etc.

However, if you belong to Bharat, you have had it. Here you are daily-wage earners, pushing carts for a living or selling bananas or vegetables or doing masonry/carpentry and similar jobs on a day-to-day basis. If your “employer” says I have no cash to give, you give him credit, and survive on savings you do not have. “I will swipe my card to pay you”, the “employer” says, but you have never seen a swipe card machine, except in the movies. If you are a farmer, it’s infinitely worse. You have only heard of credit and debit cards, you do not have a bank account, and the middleman who buys your produce and exploits you royally even in normal times, does so even more now. All of us have seen photographs of mounds of vegetable which farmers could not sell, and had to throw out because they were rotting away. The incredible, scarcely believable thing about this is that the people of Bharat, the very same people who are the hardest hit because of demonetistion, still support Narendra Modi and the BJP, as recent local election results have shown.

So, then, we have three inexplicable consequences of actions taken in 2016: Brexit, Mr Trump and demonetisation, the results of all three springing a big surprise for those who think that human beings, by and large, behave in a logical and rational manner. The only possible answer is that in a fraught, uncertain world, the average person is looking for a movement, a near revolution. Brexit and Mr Trump provide that in their constituency; in ours, people — especially of Bharat — who face corruption in small, medium and large ways in everything they do, think that Mr Modi’s measure will overnight rid India of this evil.

That it won’t, will tie in with the failures that Brexit and Mr Trump will bring to the UK and the US. And that, ladies and gentlemen, is what we have to look forward to in 2017.