A British pub owner has vowed to dish out one million lunches for free in the 'biggest giveaway ever'. 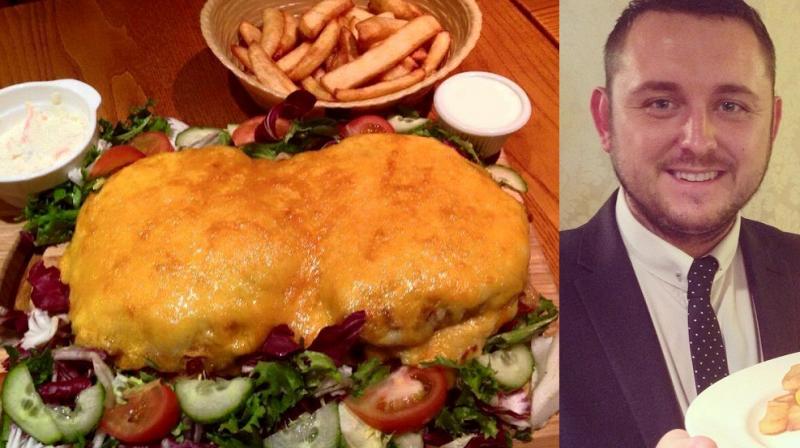 A British pub owner has vowed to dish out one million lunches for free in the 'biggest giveaway ever'. (Photo: Facebook/Craig Harker)

30-year-old Craig Harker owner of George Pub & Grill in Stockton-on-Tees, County Durham, England has vowed to hand out one million 'parmos' that generally cost £6.95 for free.

Harker is using a cashback promotion from a new payment app called Zapper to fund the generous offer. The app allows restaurant customers to pay via a smartphone app.

A parmo is much like the American-Italian chicken parmesan, it consists of a chicken breast deep fried in bread crumbs with a thick cheese sauce on top.

Craig came up with the idea for the giveaway after he using Zapper, the app pays a commission to businesses which secure the sign-up of new users via a QR code.

The free meals from Craig's pub are funded using the commission from Zapper, Craig's main aim is to get more people into the restaurant.

Since launching the offer four days ago the pub already has had more than 500 orders, with families coming down from Scotland and Wales.

However, if people are from outside the area and can't make it to the restaurant they can donate their meal to the homeless or poor.

"We're already in touch with charities in the area to set up a voucher system where the needy can come and pick-up their meals", Craig said to the Sun.

Craig has been getting mails from chefs from Portugal and America who want to come and work in the kitchen.

"It's only a 65-seater restaurant so not very big and we are having to take reservations but we couldn't turn people away when they had come so far. We really appreciate it because we want to get people in the restaurant," he added.

Craig says that his pub is known as the 'meatiest' in the UK. The menu boasts of 24 variations of the chicken parmo.