Kaskar revealed that all the brothers and their families live in close proximity to each other and reside in bungalows. 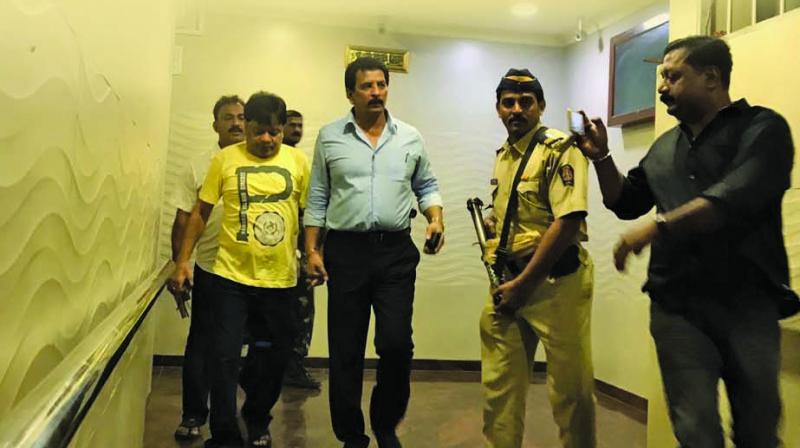 Iqbal Kaskar in police custody after his arrest on Monday.

Mumbai: During his eight-hour interrogation, Iqbal Kaskar by Intelligence Bureau (IB) officials and Thane police, confirmed that his brother, fugitive gangster Dawood Ibrahim, is based in Pakistan and gave the addresses of four of his residences.

Kaskar revealed that all the brothers and their families live in close proximity to each other and reside in bungalows. A panel of the United Nations (UN) in 2016 had confirmed six of the nine addresses of Dawood that had been submitted by India in a dossier against the gangster. The UN Security Council’s ISIL and Al-Qaeda sanctions committee had amended its UN designated terrorists list then.

However, when IB officials sought details of Kaskar’s communication with Dawood, he denied having spoken to Dawood in the last eight years as the latter refrained from speaking on the phone, investigators said. But the police are not buying his claims.

“During questioning, Kaskar also revealed that he was in frequent touch with Dawood’s wife Mehzabeen and his brother Anees Ibrahim. Mehzabeen is suspected to be the interlocutor between Dawood and Kaskar. However, the details of the communication is being looked into,” said a Thane police officer.

The Thane crime branch has seized two mobile phones belonging to Kaskar, which will be sent for forensic analysis so as to obtain details of the data in it and the text messages stated to have been exchanged between him and others. The police have also sought call detail records (CDR) of both phone numbers.

According to the police, most of the calls were Internet based ones and hence tracing their records would be difficult. But, based on Kaskar’s claims that he would make normal calls, CDR would help reveal if that was true.

Officials suspect Kaskar has been to Pakistan on several occasions to meet Dawood before he was extradited to India from Dubai. However, he has denied that.  “Kaskar has stated that most of the meetings with Dawood took place in Dubai when the gangster would come visiting. There is no information on those meetings beyond this as of now and more is being looked for,” added the police officer.