Mumbai rains to make a comeback by July end

Rain activities are expected to increase around July 26 or 27 over Mumbai and suburbs, said Skymet weather 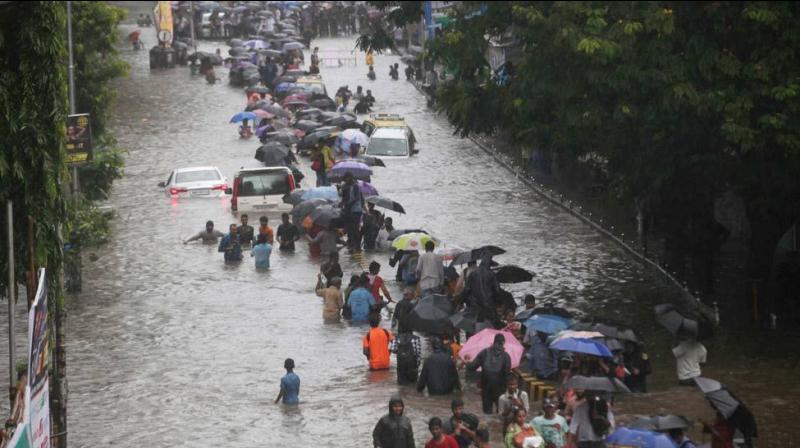 Rain activity will increase in south-central Maharashtra, Marathwada and Vidarbha in the next two days. (PTI Photo)

Mumbai: Rain activity will increase in south-central Maharashtra, Marathwada and Vidarbha in the next two days. Whereas Mumbaikars will have to wait till month-end. But the city will experience slightly cool weather due to light showers on July 22 and 23.

“As per Indian Meteorological Graphics, possibility of enhancement of rainfall activity over south-central Maharashtra, Marathwada and Vidarbha for next two days starting from tomorrow,” said K.S. Hosalikar, deputy director-general of the western region.

“We do not expect any significant upcoming weather activity over Mumbai and suburbs for at least the next three to four days. The sky conditions to remain partly cloudy, with rain spells ranging from very light to light. Day temperatures will remain above normal by two to three degrees celsius and will be in the range of 33 to 34 degrees,” said Skymet weather.