Indrani, Peter Mukerjea charged with murder, both plead not guilty in court. 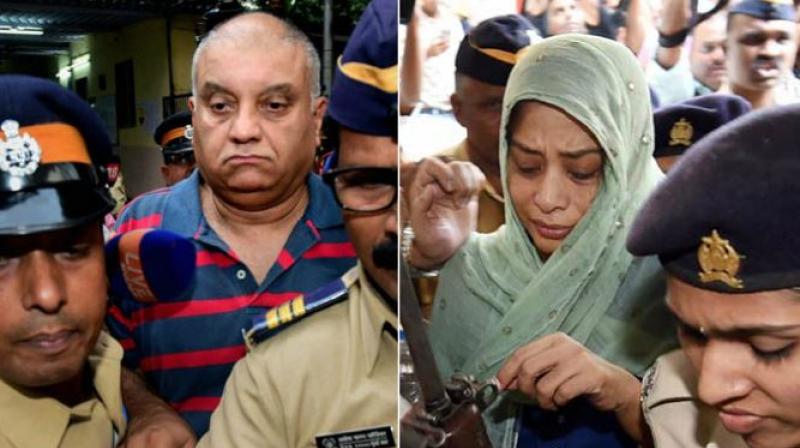 Mumbai: Clearing the decks for commencement of trial, a special Central Bureau of Investigation (CBI) court on Tuesday framed murder and criminal conspiracy charges against Indrani Mukerjea, her husband Peter Mukerjea and former husband Sanjeev Khanna in the murder of her daughter Sheena Bora.

The CBI will be relying on six key pieces of evidence in the murder case.  The evidence include calls between Indrani and Peter; Peter’s son Rahul’s statement that he had dropped Sheena with Indrani near Linking Road, Bandra when Khanna was also present; Indrani’s former driver Shyamwar Rai’s confessional statement on how Khanna and her had planned to kill Mekhail, her son from her first marriage; and how Sheena was strangulated.

Meanwhile, the trio pleaded “not guilty” on Tuesday and said they would face trial. Judge H.S. Mahajan said the trial would begin on February 1. Also, Indrani and Khanna were charged under Indian Penal Code sections 307 (attempt to murder) and 120 (B) (criminal conspiracy) for plotting to kill Mekhail.

Indrani, Peter and Khanna were brought to court around 12.15 pm and court proceedings in connection with their case started at around 12.30 pm. Special CBI judge H.S. Mahajan read out the charges against the accused and after some time called all the three in the witness box and explained to them the charges that the court had framed against them.

Rai had turned approver in this case and the prosecution will examine him as a witness to prove charges against the rest of the accused and hence he was not brought before the court and charges were not framed against him.

Six Key Evidences
Rai’s statement: Amongst other things the prosecution is relying on is the confessional statement of Rai who has turned approver and his statement recorded under section 164 of CrPC could be used as evidence against the accused. In his statement Rai has explained how he and Indrani allegedly went for a reccee in April 2012 to find a suitable place to destroy Sheena and Mekhail’s bodies and after selecting an appropriate spot, Indrani called Peter, informing him about the same. He has also claimed that Indrani had given sedatives to Sheena and later Sanjeev held Sheena’s hair while Indrani strangulated her. Rai said he was holding Sheena’s mouth while sitting at driver’s seat so that she could not shout, but she bit his finger and he removed his hand.

Call logs: Though Peter was in London at the time of murder, the prosecution is relying on call logs between Indrani and Peter to show the latter was part of conspiracy to kill Sheena and was being updated about everything. Although the CBI does not have intercepted conversation between Indrani and Peter, its case is that the timing of calls between them shows how Peter was involved.

Kajal Sharma’s statement: Indrani’s secretary Kajal Sharma made a statement on how on she had taught Rai to use Skype, on her boss’s instructions, so that Indrani could give directions to him even if she was not in the city. Sharma has also told the CBI that on Indrani’s directions she copied Sheena’s signature and imitated it on Sheena’s resignation letter, which was sent to Metro One where she was working. Sharma has also stated that, as per Indrani’s instructions, she created a false e-mail account of Sheena. According to the CBI, Indrani used to send emails to Sheena’s friends and relatives posing as her to make them believe Sheena was alive after she was killed. Indrani also sent some messages from Sheena’s cell phone to Rahul to make him believe that had severed her ties with him. Rahul was engaged to Sheena and hence he was frantically searching for her.

Rahul statement: Rahul, in his statement, has said that on the date of incident he had dropped Sheena at Bandra with Indrani who was standing with Khanna at that time. This was the last time she was seen alive and this puts the burden of proof on the accused to show whether or not she departed from their company safe and sound. Rahul was told by Peter that Sheena left for the US, but the former said it was not possible because her passport was with him.

The hotel’s record: The prosecution is relying on the records of Hill Top Hotel, where, according to the CBI, Khanna had stayed after coming from Kolkata. A room was booked for Khanna here for a day and that too when Sheena was murdered.

Scientific evidence: The prosecution has also collected scientific evidence to prove that the remains of body found in district Raigad was Sheena’s and other such evidence including DNA to show that Sheena’s body was carried in a car before it was dumped and set on fire.