At present, there are 37 ministers including the chief minister, and Mr Fadnavis can accommodate another five. 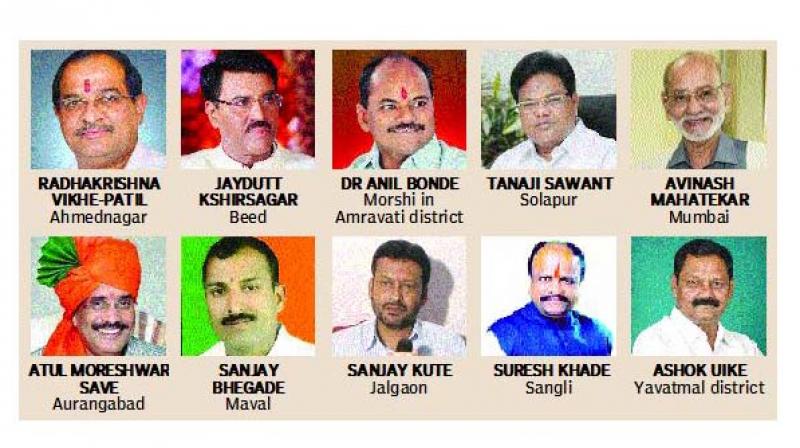 A vacancy was created in 2018 when BJP’s Pandurang Fundkar died, the then agriculture minister. Revenue minister Chandrakant Patil is now looking after the agriculture department.

Mumbai: Chief minister Devendra Fadnavis is all set to expand Cabinet today at Raj Bhavan, said a senior government official. Mr Fadnavis is in New Delhi to discuss the probable names for the Cabinet expansion with the party high command. He first attended a Niti Ayog meeting in New Delhi and later met the party leadership, said a source in the Bharatiya Janata Party (BJP).

Mr Fadnavis on Friday tweeted that he discussed with Uddhav Thackeray about the ministers to be inducted in the Cabinet from the Shiv Sena.

According to sources, Mr Thackeray has refused the deputy chief minister’s post for his party in order to avoid internal bickering. In the Cabinet expansion, while some new faces would be inducted, some of the current ministers would be dropped.

A senior cabinet minister, requesting anonymity, said that Radhakrishna Vikhe-Patil from Ahmednagar, Jaydutt Kshirsagar from Beed, Dr Anil Bonde, who represents Morshi in Amravati district, Tanaji Sawant from Solapur, Avinash Mahatekar from Mumbai, Atul Moreshwar Save from Aurangabad, Sanjay Bhegade from Maval, Sanjay Kute from Jalgaon, Suresh Khade from Sangli and Ashok Uike from Yavatmal district are likely to be inducted into the cabinet.

Sources in the BJP also claimed that the Mumbai BJP chief Ashish Shelar would also be inducted into the Fadnavis-led Cabinet.

Speaking with the reporters in New Delhi, Mr Fadnavis has said, “I have had one meeting (on cabinet expansion) and the final meeting will be held on Saturday night.”

Officials said that the swearing-in ceremony will be held at 11 am today, a day before the monsoon session of the state legislature, the last session before Assembly polls later this year, commences.

At present, there are 37 ministers including the chief minister, and Mr Fadnavis can accommodate another five. A vacancy was created in 2018 when BJP’s Pandurang Fundkar died, the then agriculture minister. Revenue minister Chandrakant Patil is now looking after the agriculture department.