The letter of support from Congress remained elusive till the last moment, leading to an embarrassment. 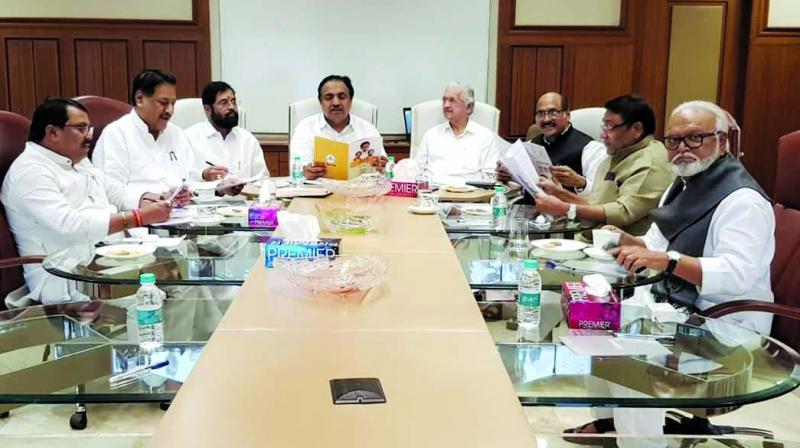 Mumbai: In a significant development, Shiv Sena chief Uddhav Thackeray has decided to take matters into his own hands and is holding talks with Nationalist Congress Party (NCP) and Congress leaders over forming the government. However, despite his efforts, things are not likely to be expedited as the talks are expected to prolong till the next week.

According to party sources, Uddhav had earlier asked top leaders of his party to hold talks with the NCP and Congress. But nothing much transpired in these meeting. As a result, the Sena embarrassed itself by failing to garner necessary support for government formation within the deadline stipulated by the governor.

These leaders had spread the impression that the Sena would succeed in the getting the required numbers. But in the end, the party failed to get the support from the two political parties.

Sources said that the Sena had entrusted a leader, a Congress turncoat, to hold talks with Congress leaders and ensure their support. The leader had assured to get the party’s support before the deadline. However, the letter from Congress remained elusive till the last moment. Hence, the NCP, too, refrained from announcing their support.

Taking a lesson from this fiasco, Uddhav has decided to personally hold talks with the leaders of NCP and Congress.

“Now that he is directly involved in talks, things will fall in place soon,” said a party insider.

Meanwhile, the leaders of all three parties – Sena, NCP and Congress – on Thursday held a meeting to decide the common minimum programme (CMP).

The draft of the CMP is ready and will be released after getting approval from party high command, said a source.

Mr Wadettiwar, the Leader of Opposition in the recently-dissolved Assembly, said, “We held discussions with the Sena and NCP on several issues. The CMP draft is ready and will be sent to party president Sonia Gandhi. The MLAs have demanded that the government should be formed at the earliest.”

The results of the Assembly elections held on October 21 had been announced on October 24. However, despite the BJP and Sena getting a comfortable majority, the issue of rotational chief ministership and equal sharing of power has derailed the government formation in the state.