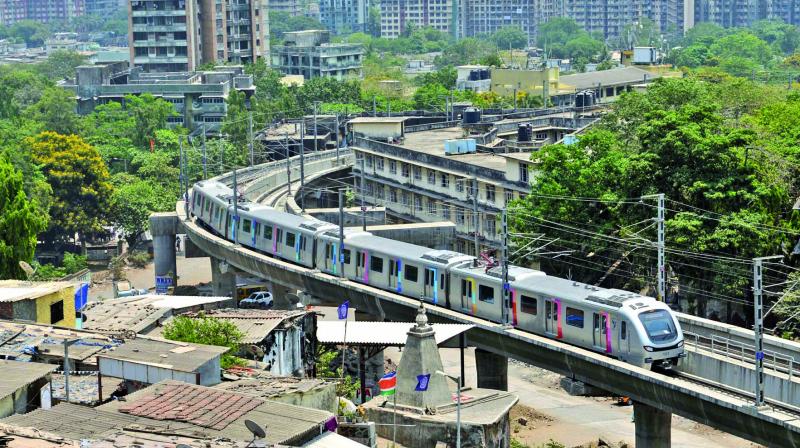 Mumbai: The Maharashtra cabinet has cleared the proposal for the Mumbai Metro 7A phase which will run from Andheri to Chhatrapati Shivaji Maharaj International Terminus (CSMIT) and Metro 9 phase which will run from Dahisar to Mira-Bhayandar. The work for both phases will be completed by March 2022 and the total cost of both the projects will be around Rs 6,607 crore.

Metro 7A will be 3.17km long, of which 0.98 km will be elevated and 2.19 km underground. The 10.41km metro 9 will be a totally elevated route. Both routes will have a total 10 stations and one underground station.

The state government will extend Rs 1,631 crore as loan. Also, MMRDA will seek loan from other financial institutions. Rehabilitation of project-affected people (PAPs) will be carried out as per the MUTP-R&R policy.

Metropolitan commissioner R.A. Rajeev said, “Metro projects 9 and 7A were cleared in the cabinet on Tuesday. The total cost of the projects is Rs 6,600 crore.”