The girl had visited a neighbour’s home, barely 30m away from her residence, after which she went missing. 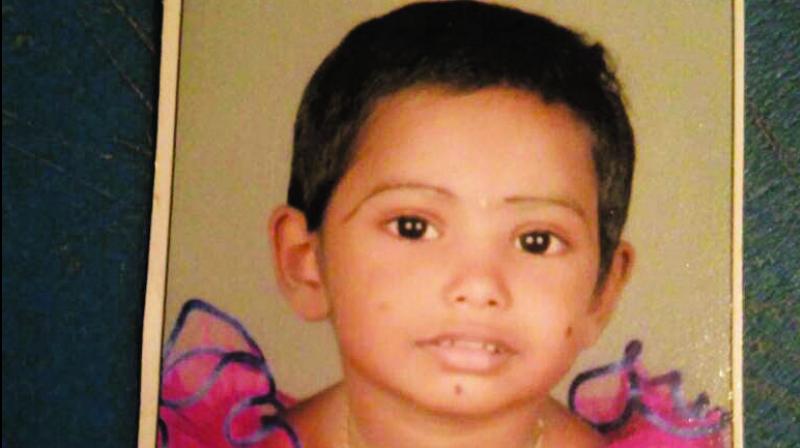 Mumbai: A four-year-old girl, who has been missing on Monday night at Aarey Milk Colony, is suspected to have been killed by a wild animal. Locals, however, allege the girl, Darshani Mutthu Veli, is a victim of black magic.  Her body was found around 11.30 am on Wednesday. The girl had visited a neighbour’s home, which is situated barely thirty metres away from her residence, after which she went missing.

Veli’s family lodged a missing person’s complaint on Monday night, after which forest department officials and the local police set out to search for her.

The forest department also carried out the search operation with the help of drones. However, they sought help from a team of volunteers who help the department. A three-member team, which included wildlife researcher Rajesh Sanap set out to search for the girl whose body was eventually located around 400 metres from her home in a forested patch. The body was taken to Siddharth Hospital in Goregaon (west) around 2 pm.

The Aarey police has registered an accidental death report. Deputy commissioner of police of Zone XII Vinay Kumar Rathod said, “Prime Facie the reason cannot be ascertained, but it looks like a leopard attack. However, only a post-mortem report will reveal the truth.”

Stating that the picture would be clear after the post-mortem report, Sunil Limaye, chief conservator of forest, said, “The police is inspecting the locals’ allegations. None of the locals have pointed to a leopard attack.”