Reporter narrates tale of being harassed while going home. 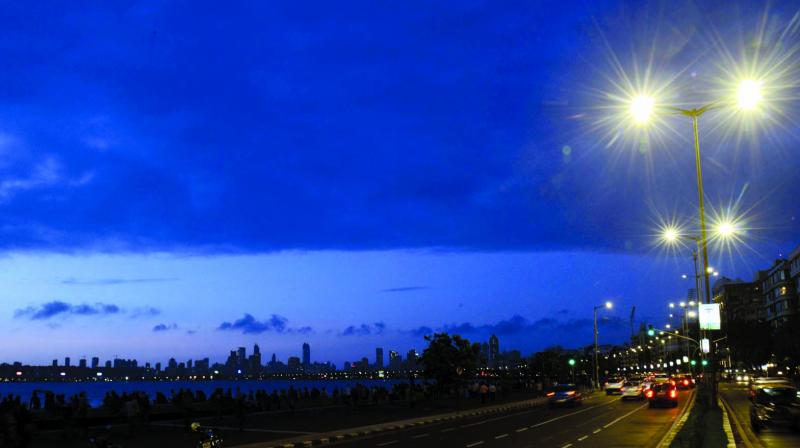 Due to confusion over the car’s number and lack of CCTV, the case became weak.

Mumbai: On Wednesday night, I left office after 10 pm and proceeded to board the 10.40 pm local train from Dadar. I reached the Badlapur station around midnight. Although the distance between the station and my house is just 10 minutes, I still prefer either to take a rickshaw or call my husband to pick me up. That day however, since my husband was out for some function and my regular rickshaw driver was out of town, I asked the ones available at the time to drop me home. They were asking for Rs 80 for a destination, which was just 10 minutes away!

Enraged, I decided to walk alone and called up a colleague and started talking to her over the phone. After I crossed the Badlapur Municipal Corporation building and took to the road towards Shirgaon, I could sense a car following me. At first, I thought the car could be slow because of the speed breaker or probably someone was learning how to drive. But when the person sitting inside started making lewd gestures, my doubt was resolved. I ignored them and continued talking to my
colleague.

After a few moments, a person from inside the car shouted, ‘item’. There was no one else on the road. I looked at the car and saw three men sitting inside it, two of them on the front seat were continuously staring at me.

I disconnected the ongoing call and tried to call the police, the first two attempts of which were a waste. I even stopped in the middle of the road to see the car’s number but couldn’t see it in the darkness. By now, the car was pretty close, so I faked a call to the police and said, ‘Hello police station?’

I think I was audible enough as they immediately drove the car away. In the meantime, I got a clear peak at the number plate and informed the Badlapur police station. The police was at the spot within 15 minutes, but were unable to trace the car. The police team said that maybe I had noted the car number wrong.  There is no CCTV in our area, so I had nothing to prove my case.

Security a major, growing concern
Women’s security has been a matter of concern for families with working girls. Old taxi drivers in Mumbai have said that safety has become a prime concern nowadays despite the government having introduced features such as displaying identity cards.

Comparing the situation with that a decade ago, two taxi drivers Gurjeet Bhambra (56) and Mohinder Pal (50) said that earlier, there were no instances of refusing women. “We taxi drivers used to leave passengers at their destinations. With development and greater opportunities for women, women commuters have increased. But at the same time, security of women while travelling is neglected,” Mr Pal said.

Mr Bhambra told The Asian Age, “A few years ago, there were no crimes registered against women while travelling in taxis. We need to implement more strict measures.”

Mr Pal said, “In this city, taxis refuse to ferry women commuters to their destination. That should be avoided. The government should not neglect such things.” Mr Pal said that usually, details of the cab drivers were hung on the backside of the driver’s seat. Sending a SMS would ensure that the woman’s family knew with whom she was travelling.

While safety apps and GPS have been recommended for women, especially those travelling at night, facing harassment on public transport, there is no rule against this which the government should take note of.