WB governor Tripathi advises Mamata to keep a check on her sentiments. 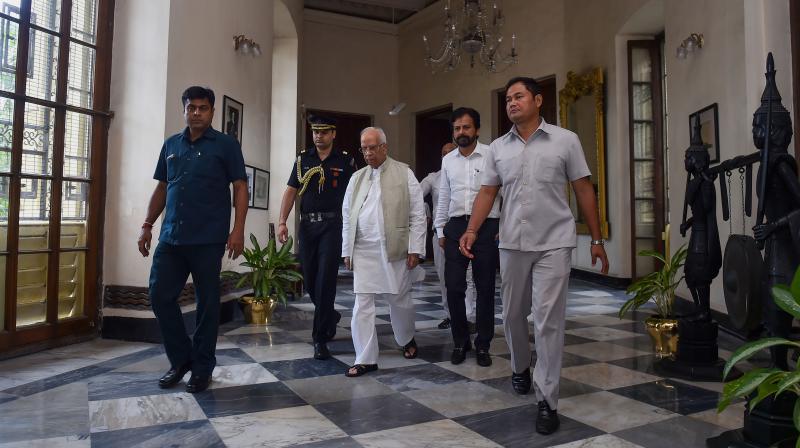 Kolkata: In his parting shot, outgoing West Bengal governor Keshari Nath Tripathi on Saturday said chief minister Mamata Banerjee had the vision and power to implement her decisions but her appeasement policy was adversely affecting the social harmony of the state.

According to him, the governor and Raj Bhavan work as a “safety valve.” He is scheduled to depart Raj Bhavan on Sunday evening. Mr Tripathi, who has had several run-ins with Ms Banerjee during his five-year tenure, said she should look at every citizen equally without discrimination and advised the chief minister to keep a check on her sentiments and be restrained.

“Chief minister Mamata Banerjee has got vision, she has power to implement her decisions but she should be restrained also. She becomes sentimental on occasions, so she has to keep a control on it,” Mr Tripathi told PTI in an interview. Jagdeep Dhankar will be sworn-in as the new West Bengal governor on July 30.

In an interview to a Bengali TV channel, the governor later explained, “Raj Bhavan and governor act as a safety valve. Like when pressure mounts, people can not meet the ministers, I met them and paid heed to their grievances. This state is known to be the cultural capital of India. But politics have entered in the stream of arts, culture and literature here.”

He also dismissed the Trinamul Congress’ slur on him of working at the behest of the BJP. Mr Tripathi maintained that he quit the party before becoming the governor.

On the questions of whom to blame for the deterioration in law and order situation he elaborated, “Somewhere one party is responsible while another is involved on the other.” Mr Tripathi added, “Progress in work can not be made through discussion only. It can be achieved through cooperation. It can not happen if someone is not eager to cooperate.”