Nikhil Handa had at least 3 girlfriends in city 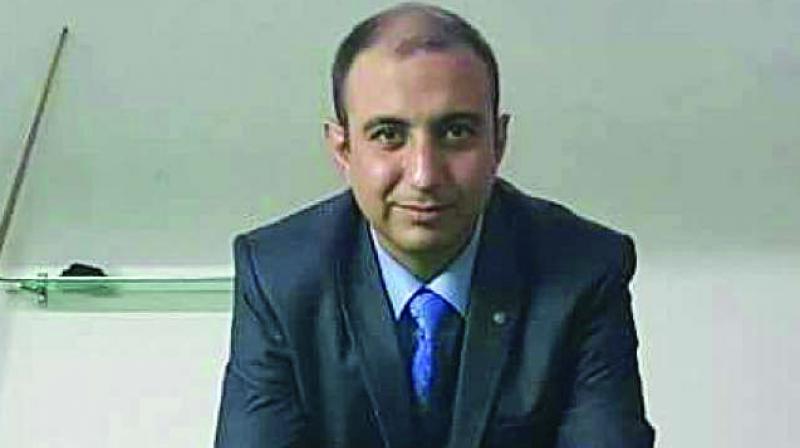 New Delhi: The details of the chilling murder of Shailja Dwivedi are getting murkier by the day as the investigation proceeds.

A police officer, who interrogated Maj. Nikhil Rai Handa and went through the content on his mobile phones, said the arrested officer had at least three girlfriends in the city.

Maj. Handa had called and “confessed” about the crime to one of his girlfriends in Delhi, the police added.

The woman he allegedly called and informed about the murder is much older to him, the police said. “He is most attached to this woman. But when he told her about killing Shailja, she thought he was bluffing and disconnected the phone call. She did not feel the need to alert the police,” said the officer.

The woman was questioned by the police, but was ignorant about Maj. Handa’s crime, which investigators said was “preplanned”.

Investigators said they had made conscious efforts to ensure her relationship remains a secret.

Meanwhile, the police said that the Army Major had been misleading the investigators even as he was taken to Meerut to ascertain the places he visited after the incident, a senior police officer said on Wednesday.

The officer said Maj. Handa had met his brother after the incident and they travelled from CR Park to Akshardham in the former’s car.

The police are yet to ascertain if this friend or Maj. Handa’s younger brother, who the Army officer had called next, has any role in the murder.

His brother told the poli-ce that Maj. Handa had said he was involved in a road accident and did not mention about him killing the woman, the officer said.

The police officer said they took Maj. Handa to a couple of places in Delhi and Meerut, where he claimed to have dumped the weapon used to slit the woman’s neck, but it was yet to be found.

The police is also yet to recover a towel which Maj. Handa claimed he had burnt after using it to wipe the bloodstains of his car. The victim’s body was found with her throat slit near the Brar Square in the Delhi Cantonment area on Saturday.

On Wednesday, the police revealed that the weapon, which they have in their custody, was not the actual murder weapon used by accused.

The police team on Wednesday visited the crime spot with the accused to recreate the sequence of events in order to understand the nature of the felony. The police is trying to piece together what led to the murder of Shailja and a massive search operation has been initiated to ascertain where he could have dumped the knife.

Handa had befriended some of these women in 2015 by allegedly creating a fake Facebook profile to send friend requests to unknown women.

Handa had come across Shailza’s Facebook profile while surfing from the fake account but did not send a friend request when he realised she too was the wife of an Indian Army Major. Instead, he met her directly during a get-together,” said the officer.

Handa told his interrogators that Shailza was ‘obsessed’ with him but her family as well as the police maintained that it was the other way round. Police said she was killed for objecting to his marriage proposal and unwanted advances.

“Each of these women he has had an affair with or was chasing had a faint idea of his multiple affairs but he was able to convince them to continue their relationships with him,” said the interrogator.

To pursue Shailza, Handa arrived in Delhi on June 4 on the pretext of getting himself treated for migraine. Instead, he was using the opportunity to allegedly confront and interact with Shailza at the army’s base hospital in Delhi cantonment where she was visiting for physiotherapy sessions, said the police.