Kamaljeet Sehrawat raised the issue during a meeting of the SDMC’s standing committee on Wednesday. 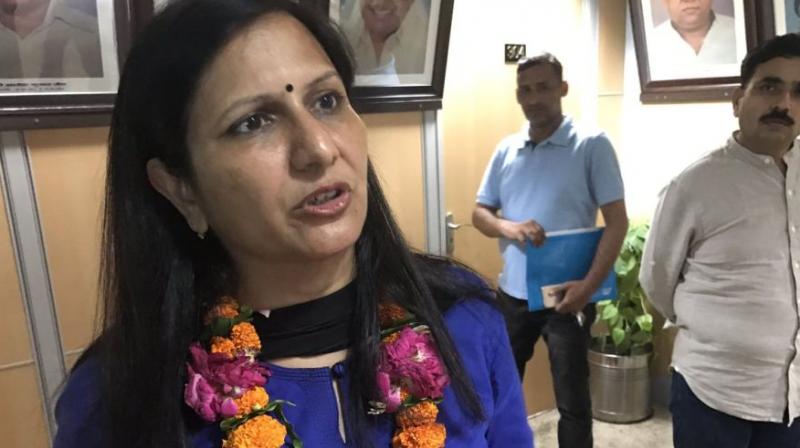 New Delhi: The BJP-led South Corporation on Monday decided that it will soon change its policy on operation of spas and massage parlours, which will also include a ban on massage service offered by a person of the opposite gender.

Leader of House in the South Delhi Municipal Corporation (SDMC) Kamaljeet Sehrawat claimed the move comes after receiving complaints from people about “illicit activities” going in many parlours in the garb of service. She raised the issue during a meeting of the SDMC’s standing committee on Wednesday.

“We have been working on this issue for quite some time and today we decide that the policy needs a change. The new policy would come into effect soon. To begin with, we are going to publish the list of 297 spas and parlours which have been issued licence by SDMC, so that people know the legal ones,” she said. It has also been decided that CCTV cameras should be installed in areas from the lobby to the main room, she said. “Offering of cross-massage (massage service by a person to a client of opposite gender) service will not be permitted, once the new policy comes into force and only those aged 18 and above can give massage,” Ms Sehrawat said.

The Delhi Commission for Women has been assisting the city police in conducting raids at various spas and parlours here, which were allegedly running sex rackets.

As per recommendations of the review committee, constituted by SDMC, eight engineers (three executive engineers, four assistant engineers and one junior engineer) have been compulsory retired.

Further, five teachers, two sanitation workers and one peon have also been removed due to their long absence from duty, said an official of SDMC.