‘Metro Man’ writes to Modi against free rides for women

Earlier this month, the AAP government had announced that it would make commuting for women in public buses and Metro trains free. 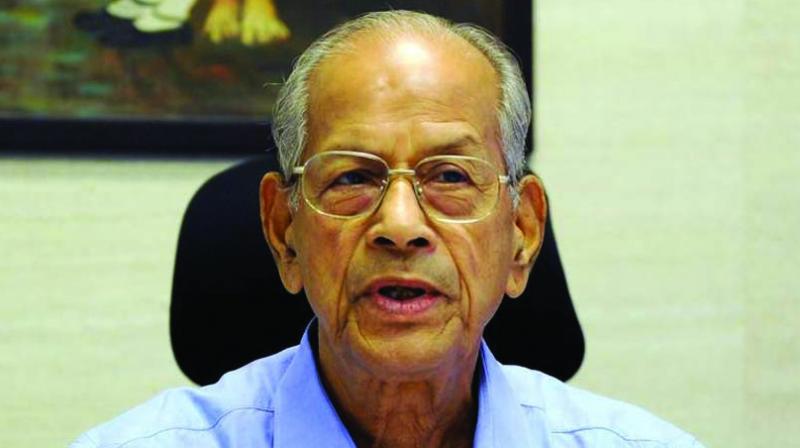 New Delhi: Opposing the AAP government’s populous proposal to provide free travel scheme for women in Delhi Metro trains, the public transport’s former chief E. Sreedharan urged Prime Minister Narendra Modi on Friday not to agree to the proposal as it would set “an alarming precedence.”

In a letter to the Prime Minister, Mr Sreedharan — popularly called the ‘Metro Man’ — said that if the AAP government was “so keen” to help female commuters, it could pay the cost of their travel directly to them rather than making travel free on Metro trains.

The former Delhi Metro Rail Corporation (DMRC) chief has also sought Mr Modi’s intervention in the matter. Mr Sreedharan said that when the first section of the Delhi Metro was to be opened in 2002, he had taken a firm decision that no one would be given travel concession. Even the then Prime Minister Atal Bihari Vajpayee, had bought a ticket himself to travel to the station from where the Metro’s first section was inaugurated.

The letter said: “I would very earnestly request you not to agree to the proposal of free travel to ladies in the Metro. If the Delhi government is so keen to help female commuters, it can pay directly the cost of their travel rather than make travel free on the Metro.”

Earlier this month, the AAP government had announced that it would make commuting for women in public buses and Metro trains free.

“Now, if ladies are to be given free travel concession in Delhi Metro, it would set an alarming precedence to all other Metros in the country. The argument of the Delhi government, that the revenue losses would be reimbursed to the DMRC, is a poor solace,” the former Metro chief said.

Meanwhile, deputy chief minister Manish Sisodia on Friday said he was “surprised” by Mr Sreedharan’s opposition to the Delhi government’s proposed free travel scheme for women. In a letter, Mr Sisodia asked Mr Sreedharan to reconsider his stand. The deputy chief minister said due to proposed free scheme for women, the Delhi Metro’s revenue will increase and more women will use the public transport.