The NDRF deputy commander said his team found some windows of the building were sealed. 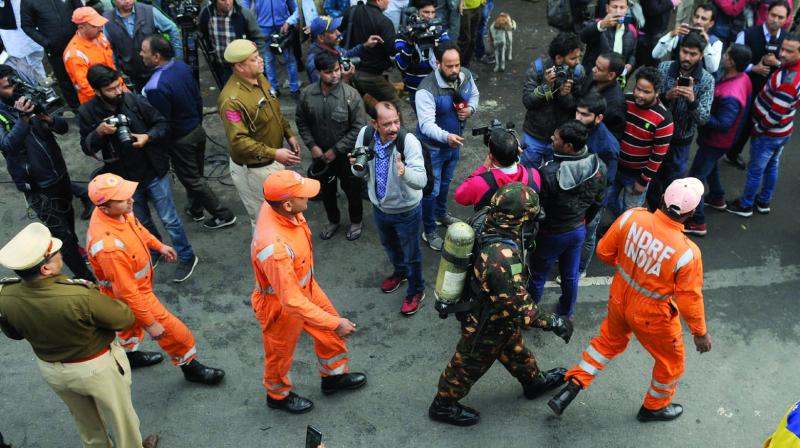 New Delhi: The NDRF team, that entered the building where at least 43 people died in a massive fire on Sunday morning, said the building was filled with hazardous carbon monoxide. Most workers of the illegal manufacturing units that ran in the four-storey building in north Delhi’s Anaj Mandi area died due to suffocation. After the Delhi Fire Service controlled the fire, the National Disaster Response Force searched the building for hazardous gases with gas detectors, said Aditya Pratap Singh, deputy commander, NDRF.

“We found carbon monoxide (CO). After which we searched the area manually. The entire third and fourth floor of the building was engulfed with smoke. The content of CO was more,” he said.

The hazardous gas, which has no odour or colour, is generally produced when fuels such as gas, oil, coal and wood do not burn fully. The NDRF deputy commander said his team found some windows at the building were sealed.

“There was a room, where most of the workers were sleeping, which had only a single space for ventilation. The maximum number of workers were shifted from the third floor. Due to the burning of the materials present in the building, CO was formed, which explains the reason for high CO content,” he said.

The fire incident was the worst in the city, since the 1997 Uphaar Cinema tragedy that claimed 59 lives.