All the social welfare schemes, including old age and widow pensions, are also going to be transacted through banks only. 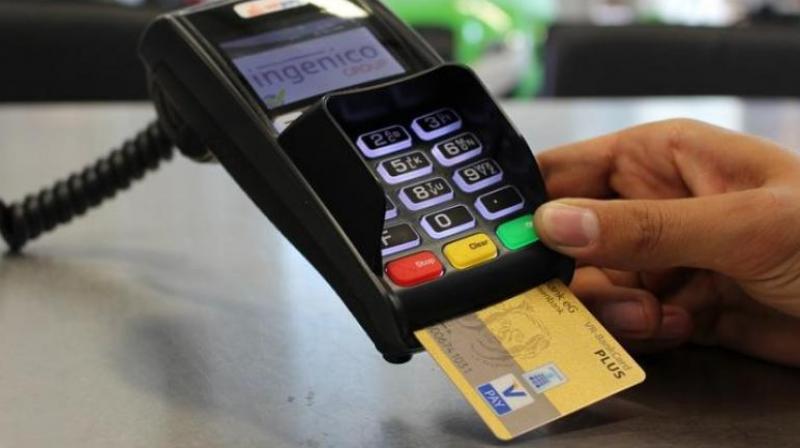 The government has already decided to computerise all ration shops to check malpractices in the public distribution system.(Representational image)

New Delhi: Come New Year, the ongoing cash crunch due to demonetisation move is unlikely to hamper the  transactions that Delhiites will be having with the AAP government as the latter plans to go digital for various activities ranging from fair price shops, liquor vends as well as DTC depots. The government’s major digital push is likely to  provide the much needed respite to Delhiites as they will no longer have to pay in cash while availing these services. The government will soon be signing a Memorandum of Understanding (MoU) with the State Bank of India for large scale purchase of swipe machines for these services.

Directions to this effect were issued by chief secretary Dr M.M. Kutty who asked his officers to ensure swipe machines were in place at all fair price shops, government-run liquor vends and DTC depots for cashless transactions by December 31. Once swipe machines are installed, one can easily purchase subsidised ration through digital transaction.

DTC bus passes will also be made available through digital dealings. Even liquor can be purchased through plastic money from any of the government-run vends. So far, only private liquor vends had been doing digital transactions. All the social welfare schemes, including old age and widow pensions, are also going to be transacted through banks only.

At a meeting with the departmental heads, the chief secretary instructed his officers to ensure that the entire citizen-government transaction mechanism should be made digital by the year end. The government has already decided to computerise all ration shops to check malpractices in the public distribution system. Of 280-odd fair price shops, about 50 have already been computerised.

The finance department had earlier directed all the government-run liquor vends to make arrangements for digital transactions across the national capital. The directions were issued in wake of Cabinet Secretary P.K. Sinha’s instructions to all Union Territories, including Delhi, to make all government-citizen transactions cashless by the year-end.

While the government is making all out efforts for digital transactions, some officers are reportedly holding regular meetings with wholesale traders and shopkeepers to do transactions through digital wallets.

“A government officer recently suggested to me that I should start accepting money through PAYTM wallet for smooth transaction,” a  wholesale dealer told this newspaper. Asked whether the officers had been directed to advise shopkeepers to use private wallets for cashless transactions, a senior officer on condition of anonymity said :  “May be some officers are doing this on their own. Otherwise, why should we promote any private company. We should promote only government operated wallets.”

A source said that the government’s serious bid to go digital was also in line with its efforts to ease miseries of people struggling for cash outside ATMs and banks. The move is expected to help the banks to focus more on dispensing currency notes to the needy people and ensure maximum transactions are made through the banking system.

Once the entire mechanism for the citizen-government cashless transactions is in place, people will be bound to deposit their water and power bills, traffic challans and stamp duty through the banking system. So far, power companies had been accepting cash payments for bills less than Rs 5,000 only.

A source said that the Cabinet Secretary has made it clear to all UTs, including Delhi, to ensure that all government-citizen transactions are cashless by December 31. Reports suggest that 98 per cent payments of  the  Delhi government would be made cashless by the year-end.  About 95 per cent Value Added Tax (VAT) is being collected through banks only. The government is unlikely to accept VAT in the coming year. The Delhi High Court is also working out a mechanism to make cash free court-related    transactions. The Delhi traffic police is already finalizing modalities to make chalans through cashless transactions.