Clifin Francis shares his experiences while cycling across continents to watch the FIFA World Cup 2018. 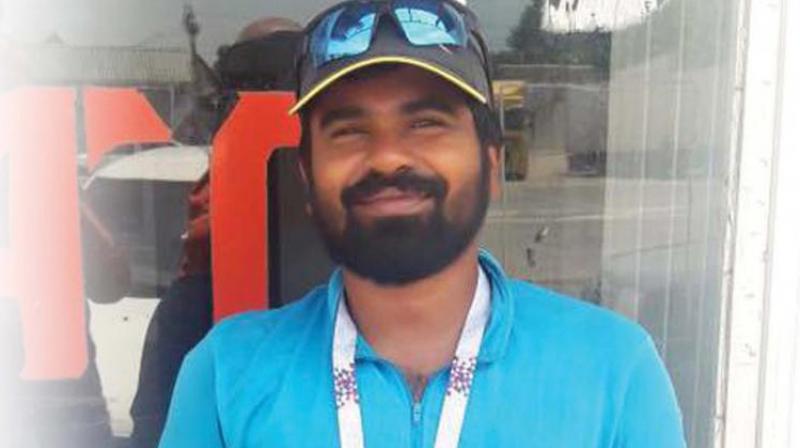 Clifin Francis has been on the road for four months. The Alappuzha native, who is enroute Russia on a bicycle to watch the FIFA World Cup, has a ticket for the France vs Denmark match happening on Tuesday. But his mission is not that. “I want to meet Lionel Messi and get my cycle autographed,” says the die-hard Argentina fan, who over these four months, has reduced his needs to a shower, food, space for his tent and a couple of beers.

Argentina’s draw to Iceland and the terrible loss to Croatia hasn’t dampened his spirits. “The last game would have been different if Ángel Di María and Paulo Dybala had started. But there’s time. Argentina is going to defeat Nigeria and Messi will lift the World Cup.” Clifin is confident of that. “Everyone adores Messi and he deserves a win. This World Cup is incomplete without him,” says Clifin, who is trying for tickets to watch the finals, his ‘expensive’ dream.

The crazy football fandom is evident but he is even more addicted to travelling. “My favourite childhood pastime was playing with the globe and I used to cross the borders using my fingers. I wanted to grow up just to go to those places,” recalls the wanderlust soul, who quit his techie job three years ago to backpack across India for six months. 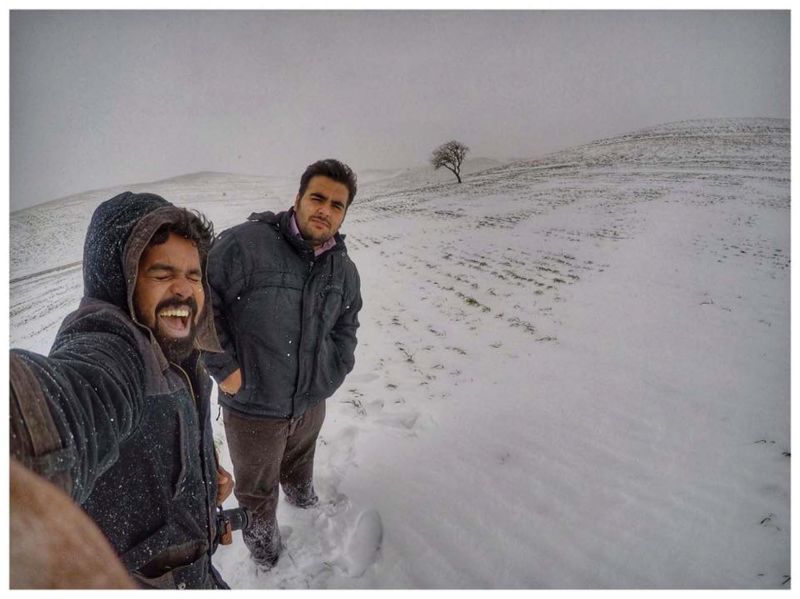 Living his dream, Clifin travelled across the borders, halting at times and working as a ‘freelance teacher’, volunteering to teach kids at Himachal Pradesh and Dharamshala, where he fell in love with cycling. He earns money between the journeys by conducting placement training classes in engineering colleges, coaching MBA and banking aspirants.

Once, he even worked as a bartender at Laos. “Though I have flown to Myanmar, Cambodia and Thailand, my preference is overland travelling by hitchhiking or cycling. The budget is minimum and the experience is very rich,” he says.

For the Russian Odyssey, the first plan was to cross the Pakistan-Iran border, but due to visa clearance issues, Clifin had to take a detour. He took a flight to Dubai and from there, a ship to Iran. Pedalling started from there — Bandar Abbas at the south of Iran. “Iran is by far the nicest and safest country I have ever been to. The people are very hospitable and loving. Cycling through the deserted lands and mountains, I loved every bit of the journey. During the nearly 1,300 -km journey, crossing the mountain city of Shiraz, the desert town Yazd and the beautiful Isfahan, I was greeted with smiling faces and warm salams. Persian culture is amazing and during the month-and-a-half-long journey, I was put up by random families who played wonderful hosts by providing sumptuous meals to a person they found on the road! During the whole month, I had to stay in hotels for only two days!,” he recalls. 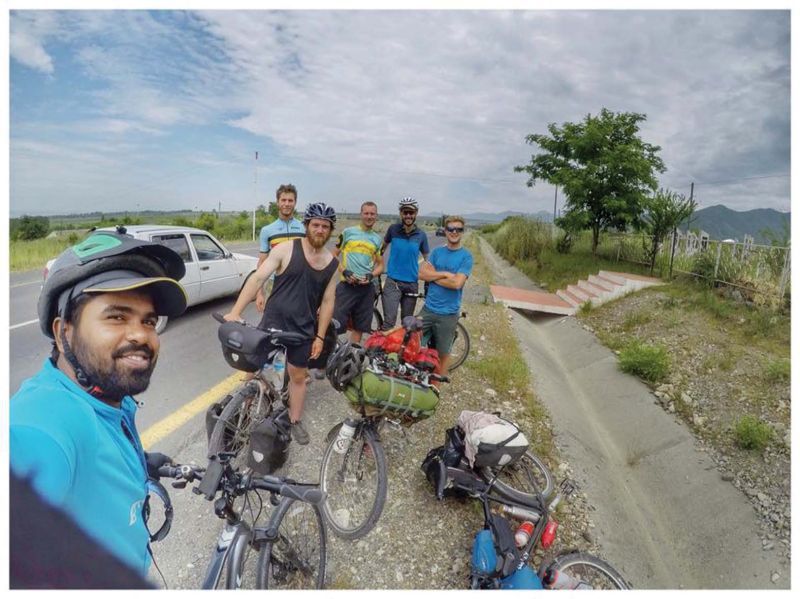 With new friends on the road.

Clifin was in Iran when he turned 28. “I celebrated my birthday in a tent, alone, enjoying the warmth and beauty of nature. I wish I could celebrate all my birthdays like that,” he says. From Iran, he cycled to Azerbaijan to cross to Georgia and at the border, he faced the first and toughest hurdle. “I was travelling with a German cyclist till we reached the border from where they didn’t let me in citing the illegal immigrant issue. But they let him in and that’s where I experienced racism,” he says.

A friend in Azerbaijan finally got him an urgent visa issued to re-enter the country and he crossed another border to reach Georgia, from where he cycled to Russia. “I have pedalled 4,800 km so far. Another 150 km to go before I reach Moscow.” That’s where the Luzhniki Stadium is. He plans to watch his World Cup match there.

From his hosts on the way, Clifin has learnt that Russians are very familiar with Indian movies. “The biggest star here is Mithun Chakraborty. People ask me about Raj Kapoor and Jimmy, I think they mean Shammi. Among youngsters, there are fans for Hrithik Roshan,” he says. The conversation is interrupted by a man who talks in loud Russian. Responding with a spasibo (thank you), Clifin says, “That’s a guy I met in a café. He has offered me breakfast.”

The boundless love and care from anonymous people have touched Clifin. “This journey has been literally life-changing for me. Every day has been a surprise and each moment, thrilling. And I have realised that the world is a safe place.”

Whether he meets Messi or not, Clifin will spend another month in Russia. After that, where’s he headed to? “I haven’t even made plans for my return yet. There’s more to experience,” he chuckles. In future, he wants to go on a cycling expedition to Japan during the Olympics to support India. Another one is a journey to Cape Town. “I want to inspire people who love to dream,” he concludes.