Do not be submissive

I write this piece in the hope that that persons in such situations don’t make excuses. 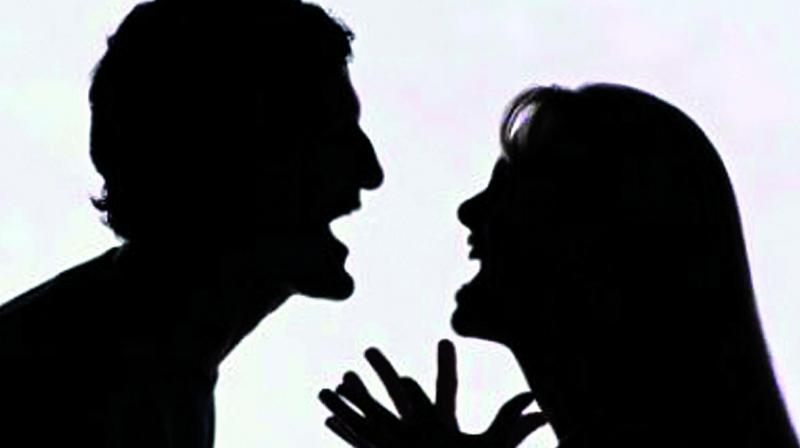 This is often the easiest resort that seems to be typecast in men of this psyche.

Speaking about abusive relationships, a topic we spoke about the last time, isn’t the situation one where Zeenia must seek professional counselling rather than amateur advice from family and friends? And for reasons I cannot understand, most men in a marriage (especially in India where counselling is often considered the recourse of people who have lost their marbles) seem to resist professional marriage counselling. But then in her own interest, shouldn’t the woman reach out for professional guidance that she so urgently needs to help her out of despaired bewilderment. Or she could reach out to support groups and seek help than allow herself to be crushed and beaten in her vulnerable brokenness.

If a marriage is in a situation where a man wants to go back to freedom from the shackles of marriage to a freewheeling life that he enjoyed in his bachelorhood, has strayed from marriage and is philandering, he often does shirk responsibility and even uses the oft used excuse of suffocation and highly magnified allegations of misdemeanour by the woman. This is often the easiest resort that seems to be typecast in men of this psyche. The man then has an exit into their self-willed unrestrained ways.

In England there used to be an archaic law that the stick used to beat a wife should not be thicker than the width of a thumb!! From which comes the phrase "rule of thumb" reflecting on times when perhaps beating a wife was prevalent and eyebrows were not raised. Thankfully in our times physical abuse in a marriage or relationship is an aberrant act that is a criminal offence .Most of us, thankfully may not have not met abusive men/women in our lives, but we do know of instances of this brutality.  In my last piece I had written of the story of an acquaintance who is a victim that has brought much emotional outrage from my readers.

Zennia endured such a situation that began almost at the early stages, of her marriage and the ordeal has continued over the birth of two children! A situation of mental and emotional cruelty that has, the man venting his cruelty not just upon her bit the two little children that makes you aghast.  Wise people may murmur sometimes, women can bring out the devil in. a man!!  But babies?!

Why did Zennia not walk out?!  She was so ashamed that her marriage was a failure,  she was submerged with guilt at having to burden her parents,  She kept hoping that the few good phases, meant a new  happier change of life. She wept alone,  feeling inadequate and inferior when her friends chatted happily of marital bonhomie and husbands who cared. Self blame, subsequent low self esteem, fear of a future alone after so many years, the desire to cling to a known devil than an unknown future kept her from seeking a life sans turmoil and toxicity.

I write this piece in the hope that that persons in such situations don’t make excuses and waste precious years, scarring the victim’s soul and doing damage to little offspring.  It is natural to feel weak and unable to act in such a situation. My insistence would be, when there  is a toxic situation,  meet a professional counsellor with your husband, qualified to assess, improve or guide you.

I am sure the victim would often feel that there is no chance the husband would agree to the ‘shame’ of counselling. In which case all the more reason a lonely tortured lady presenting a brave,  ‘everything-is-fine’ front to family and friends, should go to a professional, whom she could confidentially bare the entire situation to. Freed from judgement or need for denial of the truth.  Maybe the guidance would help enstrengthen her to even control the situation and better her marriage? Or then give her the courage to see that she needs to walk out of a life-draining, unrewarding dead-end alley that was her marriage!

At least it would help her understand that she did not have to feel shame.This is the surprising aspect in such unfortunate situations.  Why does the victim feel shame when the true oppressor of the act should be ashamed and shamed?

What is to be encouraged is support of persons in an emotionally or physically abusive relationship to take recourse of  the law, advice and counsel from a qualified counsellor, support of concerned family and sincere friends to gather enough bravery to either say "enough” or then   with guidance,  advice and one’s own reserves of initiative,  make a new better life.  Your life is precious and not to be wasted.