The ultimate ‘IT’ couple

Both Serena Williams and Alexis Ohanian are super achivers in their respective careers. 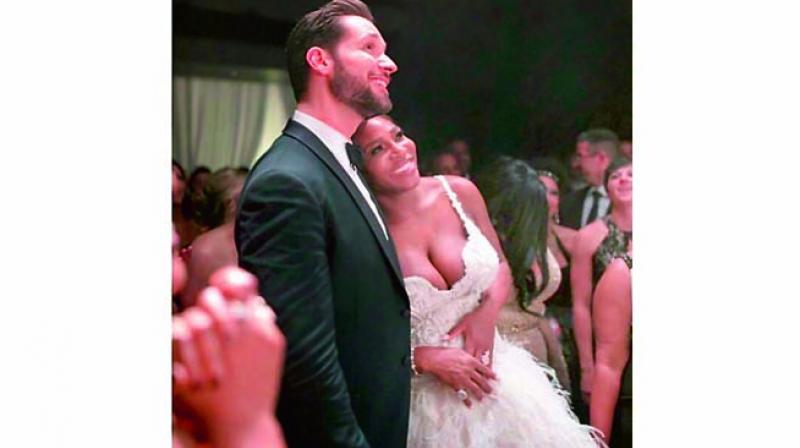 It was the wedding of the season. Serena Williams and Alexis Ohanian not only make a very good-looking couple, but are also at the peak of their respective careers. While Serena has been dominating the tennis court for years, Alexis is the co-founder of Reddit and a very successful businessman. Their individual success seems to make their relationship even stronger.

Things haven’t always been rosy for Serena. The tennis star has been endlessly body shamed and trolled for her physique. In fact, earlier this year, during an interview with Motto, Serena said, “It isn’t always easy to be on the stage playing a tournament and have someone making a comment about your body.” People have credited her success to her body type and “praised” her by saying, “She is built like a man.” But, unlike many, who would get demoralised by such comments, Serena slammed every troll by her brilliant performance on the tennis court and winning a total of 23 Grand Slam singles titles, marking the record for the most Grand Slam wins by a tennis player in the Open Era.

On the other hand, Alexis, 33, founded the social news website Reddit at a young age of 22. The website went from strength to strength and was eventually snapped up by publishing giant Condé Nast – owners of Wired, GQ and Vogue magazines — soon after. He was dubbed ‘Mayor of the Internet’ after his battle with US lawmakers over proposed bills aimed at cracking down on online copyright breaches.

Love came as a pleasant surprise for both in the beautiful city of Rome. The tennis champ met Alexis after he sat at a table reserved for her entourage. Alexis was hungover and refused to move. Serena’s very first words to him were, “We just don’t want you sitting there. We’re going to use that table.” Her pals even joked there was a rat under the table, to which Alexis replied, “I’m from Brooklyn, I’m used to rats.” His reply prompted her to ask Alexis to join her table and interestingly, when Alexis later proposed to her, he put a plastic rat on the table. The couple welcomed their first child, Alexis Olympia Ohanian Jr., in September and tied knot in a beautiful Beauty and the Beast-themed wedding on November 16.