When ignorance is bliss

Wives who are being cheated on prefer ignorance over truths, which can disrupt the routine. 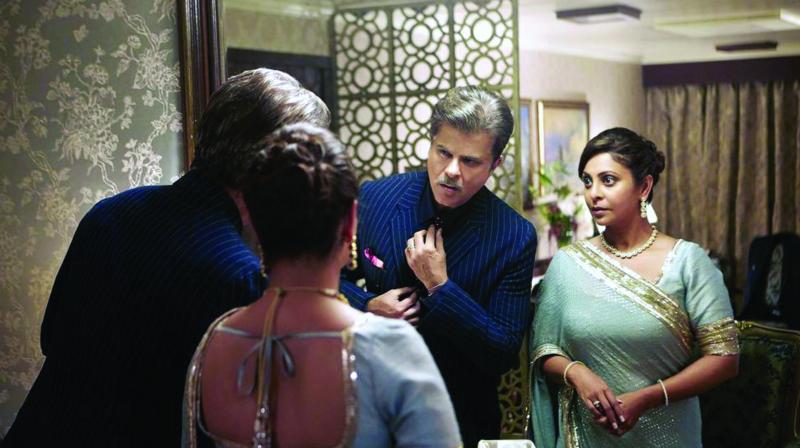 A still from Dil Dhadakne Do.

Imagine one day you stumble onto the information that your close friend Renu’s husband is having multiple affairs and your friend is in la-la land about it. When you realise this is absolutely true and not just gossip, do you rush and apprise your friend immediately? “He is deceiving her and she must know the truth”! Sounds reasonable.

But when I spoke to some of my married friends, including Renu, the same happily innocent friend whose deceiving husband I am speaking of, I find what might be reasonable is rather different to what is wise. Most of us would say that a loyal friend must tell the wife that she should confront him and not stand for such betrayal. And you could be her loyal rescue mission apprising her from this fate worse than death, spelt as betrayal here!

This wife — Renu, to whom I almost considered revealing her husband’s wily act — when put forth a hypothetical situation, quite astounded me with her views. “Never tell the wife. She probably already knows and is hoping no one else knows. She is hoping that this too shall pass,” she said.

She even went on to tell me about a mutual friend Sheena whose friend did the ‘good deed’ of apprising her of her husband’s infidelity when there was trouble in former’s paradise. “Sheena never did walk out, the husband never did dismiss the girlfriend. In fact, he is ensconced more firmly and somewhat more blatantly with her. Although Sheena does her social whirl flaunting diamonds and branded bags gifted by the husband, her smile does seem less spontaneous. What of the friend? She is a persona non grata with both husband and wife.”

It is not desirous of friends knowing of their humiliation and discussing it with them only to find they are actually powerless not wanting to lose their comfort of home and financial security. The wives prefer ignorance over repulsive truths, which can clutter the routine. Even through niggling indications and murmurs of husband’s indiscretions, which unpleasantly linger in the far recesses of their minds, they allow physical comforts to compensate. Many wife’s very soon into the marriages recognise that something is drastically amiss in the physical and emotional equation with the once adoring husbands. The ‘business trips’ and ‘work dinners’ increase as years go by. They increasingly choose to focus on ladies lunches, shopping sprees, book clubs, cards parties, kids homework — basically anything that doesn’t disrupt the carefully constructed life of a shared home and all expenses organised. This was the consensus of more than half of the women I queried about what they would want and why they would prefer not to be exposed to ugly home truths revealed by friends.

I am bewildered. Certainly these things are not as simplistic as one thinks. Marriage involve too many considerations and equations like economics, children, lonliness, and perceived emotional needs. As this friend says, “It’s their life. Let them muddle through and work it out.”

Maybe a man straying loves his wife and the ‘other’ is some physical attraction. They do say when a woman strays she is looking to fill an emotional need for love, appreciation, and self-worth. And they say for a man, it may also be these things, but often the affair is a physical infatuation. Wisdom it seems, as the loving wife, the maker of his home, the mother of his children, she wins the game eventually.

I am almost convinced I wouldn’t spoil someone’s happy haven. I’ve learnt is that being the ‘do-gooder’ informant  is not the best idea for my friendship. “The husband and wife will make up after the initial upheaval, you’ll be in the outhouse” shares Renu, my friend who is still happily ignorant.