Does it make sense to use the taxpayers’ money to build more statues in a country like India? 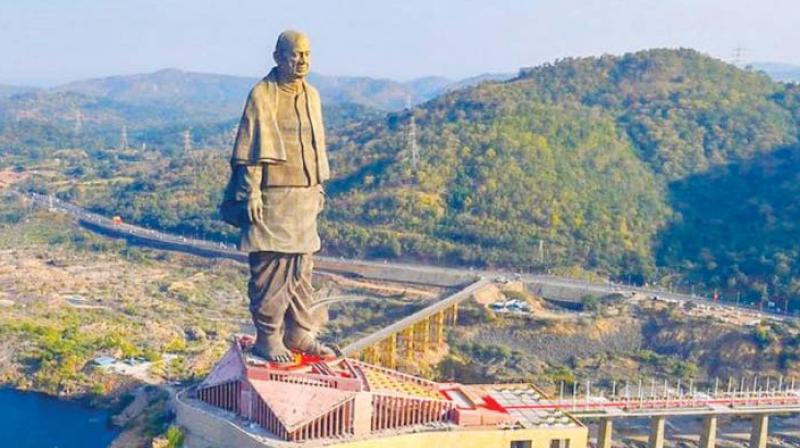 The Statue of Unity, the 182-metre-long statue of Sardar Vallabhbhai Patel built at a whopping `2,989 crore, invited controversies soon after its inauguration. Many stated that Patel himself would never have approved of such an expensive project, while some claimed the statue was a source of national pride and a display of Indian construction skills. As per reports, the Statue of Unity is getting around 30,000 visitors daily.

Following this, the Uttar Pradesh government came up with the idea of a 221-metre-long statue of Ram in Ayodhya. The government is also planning to divert River Sarayu so that it touches the feet of Lord Ram’s statue while passing. Andhra Pradesh is planning to build a 32-metre-long statue actor-politician N.T. Rama Rao in Amravati city, which will cost nearly `406 crore. Karnataka state has also planned to build a 125-foot statue dedicated to River Cauvery in Mandya, as part of a tourism project.

Does it really make sense to have these many statues in the country, as they are built using taxpayers’ money? Shouldn’t that money be used for the betterment of the people? Considering Statue of Unity makes good revenue, will other statues also aid the tourism sector in India?

Tourism must not be focus
On one hand is tourism development that these statues promise, and on the other hand is the cost of constructing them. The Statue of Unity seems to have set a trend of governments devoting their time, energy and most importantly, the tax payers’ money in constructing more statues under the guise of giving a fillip to tourism. When the economy faces many issues such as agrarian distress, financial issues, power sector woes, regional disparity in development, infrastructure shortages, insufficient healthcare and abysmal state education, if the exchequer is charged for such spending laced with political agendas, it is the sheer failure of governance and misappropriation of public money. Tourism, despite its significance, shouldn’t be the focus of the governments when the country is under stress.

Weigh needs against wants
The question is of a government’s insight of its country’s impending needs and its choice of allocating funds. It’s when we weigh needs against wants, that the balance is so unjustifiably skewed! Was the statue a necessity? No! And does the defence that it earns well as per the projections of footfalls towards it justify the construction? Nope! Not when projects that benefit the impoverished lay half way through because of lack of funds. We don’t ask for donations to cosmetically correct a skyline and gloat on that. Let’s accept that owning the world’s tallest statue does bring the country a sense of pride of craftsmanship and progress. But when we disregard the protests of citizens and go ahead with plans of yet another statue which will challenge the height of the current one, it is sheer tyranny of governance. The other governments of other parties in other states fall no short of the blind show of might on taxpayers' money. The biggest joke is that when they show the audacity to protest other governments’ similar declarations and then do exactly the same once they take over.

Criminal waste of money
While the Statue of Unity is a construction marvel and has set a precedent of being the tallest statue in the world, it is also the nation’s pride and a tourist attraction. Similarly, other states are building various other statues of prominent figures. In a country where poverty is a major concern and there is such a marked difference between the haves and the have-nots, it is a criminal waste to spend such large amounts of money on statues such as these. This money should be used to help the poor, for food, housing, education and healthcare all over the country and in various states. India already has so much to offer in terms of tourist attractions, and tourism will never be a challenge. All these funds must be used to help the weaker sections in our country and for their uplift.

Get priorities right
I feel India’s most well known spectrum of heritage need serious attention and global recognition. Look at Gol Gumbaz, Kempegowda and Vivekananda Rock Memorial. These monuments haven’t been taken care of in the first place and on top of it, they think we need more monuments. The decision makers need to seriously focus and prioritise social development of the country, pride and prejudice to the citizens of this country.

Balanced approach needed
This statue is is the world’s highest statue and the first such tourist attraction in India. It is built under PPP model. It is believed to develop tourism, thus improving hotel and transport facilities and other services in the area. It took almost four years to complete this project, creating employment opportunities for thousands of people in Narmada district. Still the project faces criticism. Many are of the view that it is wastage of money. Social activists have opposed the project on the ground that India is suffering from natural calamities and the money could have been used to address problems of common people. There should be a balanced approach to approve such huge projects in a country like India. It may generate revenue for centuries, but the capital invested is not small and it will take at least half a century to generate that much revenue from tourism. Besides, in this project local tribespeople were dislocated as their land was acquired for the construction. Another factor is exploitation of environment.

Will improve tourism
At first glance, it seems as though all those statues are wasting taxpayers’ money. But the government is also planning on doing things like opening eateries with tribal delicacies, promoting bicycle lanes and opening a theme park near the statue complex. I’m positive that it would help tourism and people’s livelihood and therefore, I think it’s a smart idea. The only issue is that it should not become a tug of war between political parties that will lead to installation of statues everywhere. There needs to be a balanced and selective approach.