Thanks to the immense pull of the Harry Potter series, its marketing, movies and world of mouth, that made the book in vogue. 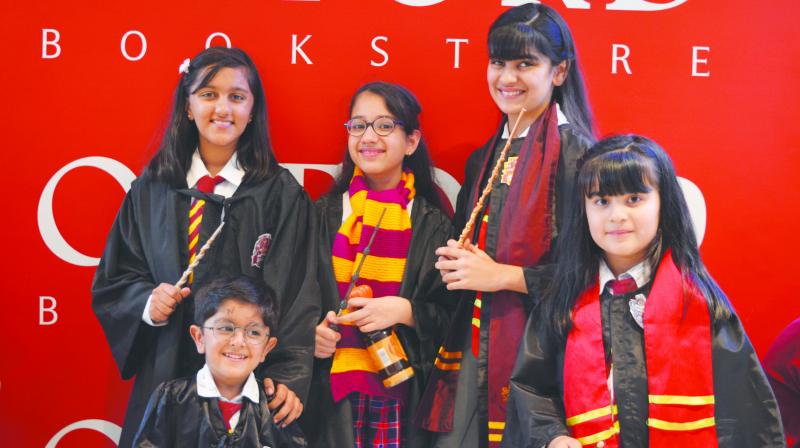 Youngsters in the city cosplayed to celebrate Harry Potter’s birthday

It’s Harry Potter’s 38th Birthday and for Potterheads it’s a day to celebrate the magical world that had them engrossed in their childhood and well into adulthood. We see how the mania has changed over the years.

A childhood fantasy escape — the world of Harry Potter binds many people, so much so that it even makes for great conversations on dates for some. It was a series that captured the imagination of an entire generation that opted to read books over the many options that internet had to offer at that time.

Twenty seven-year-old Anandita must have been 11 or 12 when she started reading these books. “I definitely enjoyed the books more. Even now, I keep going back to the books every two years or so. It is like a comforting thing from your childhood that reminds you of a beautiful time. I grew up with Harry but the story is right there and it doesn’t change.” Ask her if she would like to date a Potterhead and the young writer says, “That’s a prerequisite. If he hasn’t read Harry Potter, I am not dating him.”

Swagat Sengupta, CEO, Oxford Bookstores, who organised a cosplay in the city to mark the birthday celebrations of the much-loved wizard, believes that Harry Potter is not just a book series but a phenomenon. “It is certainly not limited to one age group. You can see a 7-year-old and a 42-year-old dressed for the cosplay and participating in the quiz, so clearly there is no age group, it’s for all generations. Thanks to the immense pull of the Harry Potter series, its marketing, movies and world of mouth, that made the book in vogue. Moreover, the J.K. Rowling books may have started with a target readership of children but they eventually have grown beyond that.”

Pathologist Sanya Sohal got hooked to the books when she was in class three. “Chamber of Secrets had just released and I started reading the books. I think it is a fandom that is really good. People are really supportive and willing to discuss a lot. While the books don’t go so deep into politics or sociology, the fandom as a collective talks about all of these things in a very accepting manner.”

Would any other generation be able to connect to the book as much as millennials? She says, “Not as much as my generation because we grew up as these books were coming up. The release order of the books was a huge thing. We had no option but to read them as they were released. So the new generations won’t be able to enjoy the growing up experience but they can still enjoy it.”

Twenty seven-year-old Nanak Bhatia, who works as a celebrity manager, thinks because the movie and book series have ended, the hype around it may have gone down a little but the doorways to the magical world remain open. “Even today when I speak to people who have just read the books, I see the same love in their eyes as I had when I first read them. In fact, a few months back a friend who has never read fiction books asked for a recommendation and my first one was the Harry Potter series. The next I heard from him, he had read the entire series.” Ask him if he dates people based on the fact that they are Potter-heads or not and he says, “It makes for great conversation at times when you are talking to someone for the first time but that’s just about how far the topic matters to me.” 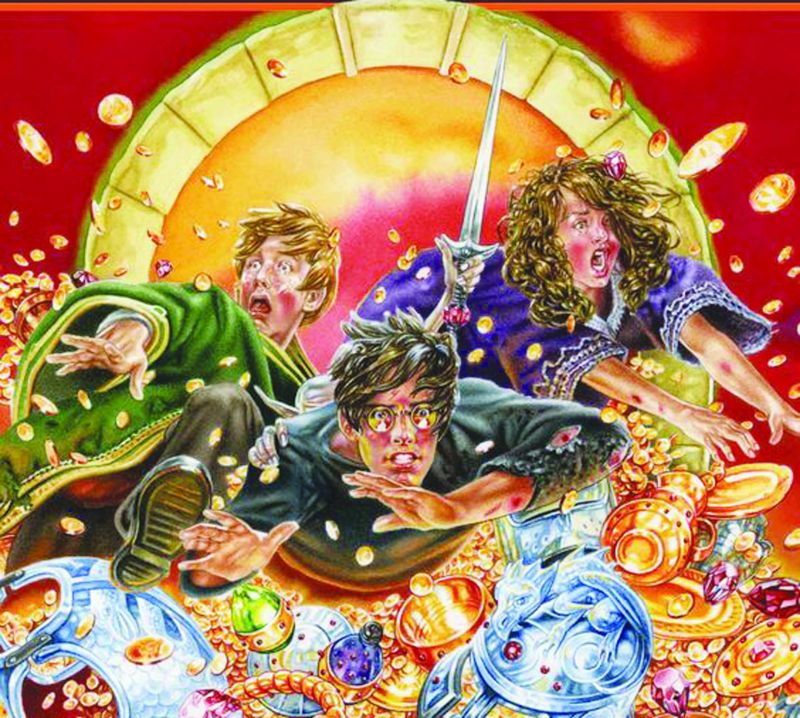 Shivam Kalra, who was cosplaying as Professor Snape, is a 25-year old Potter-head who got to know about Harry Potter through the movies. “I did read the books afterwards though. Although the books are written for children, everyone can relate to it because we all were children once and we can relate to those feelings.” But he also agrees that the imagination of millennials has been captured by this series more than anyone else. “It is because we grew up as Harry Potter grew up. I was around the same age as Harry.” However, that doesn’t mean he loves the character itself. “Everyone related to the books differently and I think Harry was a brat.”

While Shivam’s age is closer to actor Daniel Radcliffe's —who played Harry Potter — than the actual character in the book, the age gap only widened between Potter and his fans and this has definitely brought some remarkable changes in the fandom itself.

For example, Aaron Sabhlok who is a four and a half year old, likes to dress up as Harry Potter. “But this is because his sister Hridhika is a Harry Potter fan. Aaron is just playing along,” says their mother. Another 12-year-old dressed up as Harry Potter but there wasn’t much that excited him, except the cosplay. “I just like to dress up,” he said.

A lot more children are finding an affiliation towards the world of Harry Potter because the merchandise and paraphernalia around the fantasy world has grown exponentially. It is rare to come across true-blue fans of the Harry Potter world. However, Daniella Zara Jacob, who was dressed up as Hermione Granger with a broom in her hand, is a student of DPS International in the city and a 10-year old Potterhead. She was introduced to the books when she was three. “My father introduced me to this world. He loves Harry Potter. I have read the books and seen the movies. I liked the books better as the movie didn’t have everything complete but I also like the movies as you can see the real life version.”

Ask her if her peers like Harry Potter too, and she says, “It is one of the most famous children’s book and people love to read it. Most people read about fairy princesses or genies but a wizard is something totally different. And there is such detailing in the book. J.K. Rowling is also very famous.”

While there might be differences between why people from different generations are a part of Pottermania and how it plays out in their lives, it is definitely a unifying experience and is bridging gaps across generations.