Jung in the jungles

Zoha Jung, who manages a wildlife resort in Kabini, is also a horse-whisperer who has created a sanctuary that takes in rescued animals. 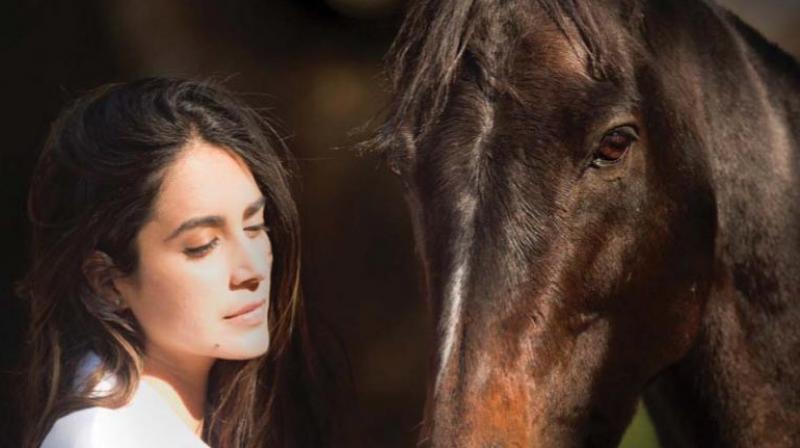 She is clearly a child of the jungles. A beautiful face with a compassionate heart, Zoha is happiest when surrounded by wilderness. The Founder of The Backwater Sanctuary, Zoe’s (as she is called affectionately) affinity for horses dates back to her childhood when she learnt horse riding at seven. But it was the entry of a racehorse called Bach that inspired her to start this sanctuary last year.

She says, “Bach was an ex-race horse from Mangaluru, who was discarded to a local riding school after his racing days were over. Bach was skin and bones and covered in wounds when he first arrived, all the life and personality sucked out of him. After a year of hard work, care, carefully thought out feed/feeding schedules, medical treatment and, of course, endless love, respect (most important and often overlooked!) and patience, he transformed into the beauty he is today. He was essentially my inspiration to start a sanctuary and take in more rescues.”

After rescuing him and working her magic on the horse, Zoe knew she had found her calling. “Soon, Savannah, a wounded 22-year-old pony, with a wound twice the size of a cricket ball, was found by my staff near Mysuru and brought to me. The injury had damaged her front lobe, leaving her with severe neurological problems. I honestly didn’t think she’d make it. But again, with time, the right care and treatment, a steady diet along with natural supplements to help her regain her good health, she recovered well. My first horse, Bach (who quickly became her safety blanket), is honestly the real reason she’s alive today. He gave her a sense of security and companionship, which horses, as social (herd) animals, desperately need,” says the young lady who has graduated in economics and business from the Utrecht School of Economics in Amsterdam and later graduated from the International University of Monaco.

Despite her having been in these urban cities, Zoe predictably abhors the city life, having grown up on her father’s resorts in Kabini and Africa. She only comes to Bengaluru to bond with her mechanical engineer hubby Johnny Nambiar. “We don’t really go out much. We prefer to spend time with each other. Johnny also comes over to the sanctuary every time we get a week off. I would not have been able to achieve all of this without his support. He is currently helping me by building a hydroponic fodder for the animals when the grass is really dry,” she shares.

Very much in tune with forests, Zoe, who manages her father, Saad Bin Jung’s wildlife resort in Kabini, explains what’s at the core of her being, “Spending most of my time here gives me the much-needed perspective - material things have little value for me. The jungle and my horses have my heart. Johnny’s responsibility is whatever he wants it to be! As long as he’s as happy as I am, doing what he loves, nothing else matters. Money will come and go but being lucky enough to have a passion and then to whole-heartedly follow it - that’s a luxury very few have.”

Zoe is also a founding trustee of The Buffer Conflict Resolution Trust of India (BCRTI), a non-profit that focuses on wildlife conservation and conflict resolution in the buffer zones of South India. Maintaining animals and rehabilitating them costs money. “We have donors. Each and every one of my rescues is closely documented from the day they arrive and their stories/progress is shared on a daily basis. All my rescues are now sponsored for either a month/three-month period, some for a year and some even for life. I’m so grateful to all my donors, as rescuing and rehabilitating poorly equines can be quite expensive. It’s mainly with the help of our donors and sponsors that we can continue with our equine rescue efforts.” Zoe, who evidently has a lot of love and space in her heart, now needs more space in the physical realm. “I am looking for land to build another sanctuary as I currently do not have the space to take on more animals,” she shares.