As the city witnessed its hottest day of the year on Monday, the city doctors warn of infections and diseases that are likely to hit the city. 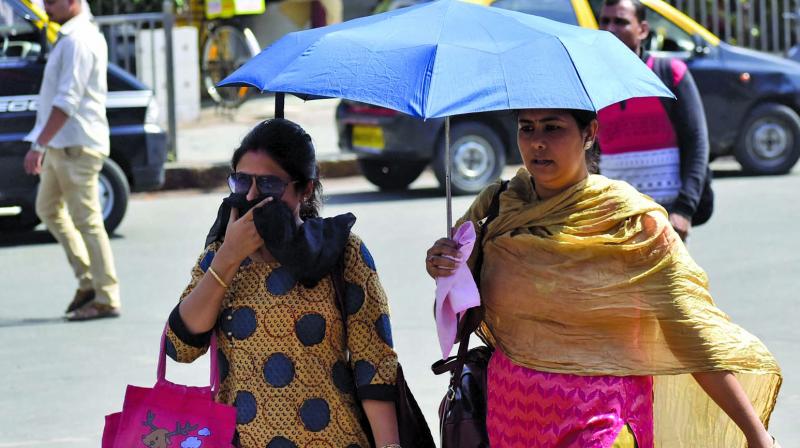 The contagious infections have a runny nose, nasal congestion, sneezing, coughing, and fever as its most common symptoms.

The scorching summers are here and what can be a better way to make an entry than spiking the temperature to 40.3 degree Celsius, as happened on Monday. With seven degrees above the average, the city recorded its highest temperature of the year. Although the IMD has observed slight dips in the temperature after Monday, the troubles for the Mumbaikars are all set to return in the forms of summer diseases. “If the temperature persists like this, the next April and May will be really difficult for people,” warns General Physician Dr Alan Soares.

Explaining the sudden change in the weather, Shubhangi Bhute, a scientist from IMD blames it on the Eastern winds that are causing an inversion, which is a meteorological term meaning an abnormal rise in temperature at the ground. “Generally, the temperature in Mumbai rises because of the Easterly winds from Rajasthan directly which are dry and hot. Its speed is also quite high. So, it extracts the sea breeze to set on, because of which the temperature shoots up. The sea breeze usually takes a long time to set in, and if it’s delayed by one hour, there is two to three degrees rise likely. On Monday, the rise was seven degrees.” She further adds that the average temperature forecast for the week is between 37 to 39 degrees.

While in addition to the sweltering weather and unhealthy air quality, the rise in the temperature opens the Pandora’s box of infectious diseases that are likely to hit the people. “The sudden weather change in the last ten days and the rise in temperature will lead to higher chances of diseases especially the summer diseases which usually starts from water-borne infections like Gastroenteritis, Typhoid, Diarrhoea and others,” says Prof Dr Pratit Samdani, Consulting Internal Physician at Breach Candy, Sir. H N Bhatia and Saifee Hospitals. Moreover, Dr Soares confirms the rolling in of the cases as he says, “We have actually seen a slight spike in viral issues. There has been a little outbreak of Gastroenteritis because of the heat.” Hence, it is important to not store water and consume boiled water.

“When there is a sudden change in the weather, it takes some time for the body to adapt which can cause this infection. One of the important things to take care about is that your air conditioners are serviced before you reuse them,” suggests Dr Samdani. To prevent contracting this infection, the doctor further suggests making sure to not go suddenly from a hot environment to a chilly environment and rather make it gradual. “Acute cooling causes vasoconstriction and the defence mechanisms of the respiratory tract become weak,” he explains. The third type of infection that mostly gets overlooked is the fungal skin disease caused by excessive sweating. The doctor suggests keeping the skin dry and not leaving it moist even after taking the bath.

While making certain lifestyle adjustments can prevent these infections, dehydration and heat strokes may still loom if you are not hydrated enough. Since the body is not accustomed to consuming more water than required in the winters, the seasonal change may prove detrimental to one’s health and can also cause urine infections in some cases. Moreover, for people working outdoors, if their body temperature rises more than 40 degrees Celsius, they will be prone to heat and sunstroke with symptoms ranging from dry skin and headache to dizziness. “Hydration should be maintained. You need to be sure about your heart and kidney and that you are having enough water,” affirms Dr Samdani. Additionally, Dr Soares suggests, “Consume lots of liquids and things that are cooling and avoid spicy and stale food.”