Pet hate: How dogs are changing

We have been making our own versions of dogs for years and breeds that were once healthy are now facing a host of health problems. 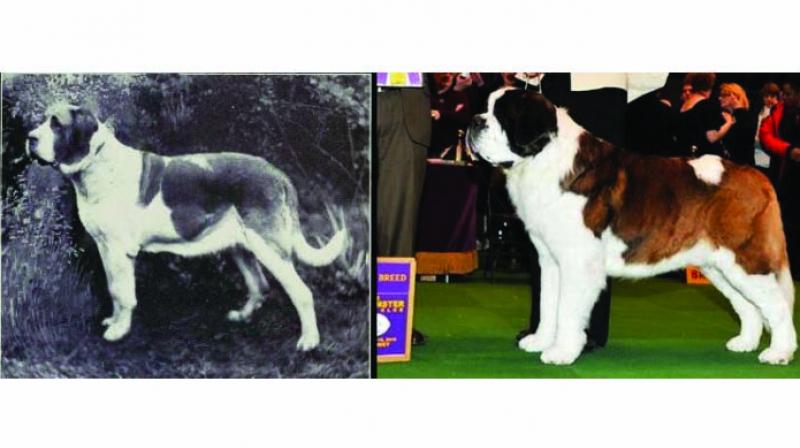 It is fondly revered across the world for its wonderful temperament, sturdy build and intelligence.

Around two decades ago, when India started to look up financially, people suddenly had more disposable income. With this came the rampant inclusion of pets into families and this brought with it the sudden growth and development of the business of breeding with all its perks.

Being unregulated and unsupervised by the law for a great deal of time, a lot of unscrupulous breeders sprung up across the industry. Most dogs that emerged out of these puppy mills and breeding centers had extreme temperaments and physical deformities, not to mention a whole range of genetic conditions.

The medical fraternity was also caught off-guard with the sudden surge in problem cases. Experts claim that in the few decades, our dogs — faced with a world that’s turning toxic for all breathing life forms — could mutate into something unrecognisable from what they were say 50 years ago.

Take for example a breed close to my heart — the German Shepherd. It is fondly revered across the world for its wonderful temperament, sturdy build and intelligence.

Breeders in the race to make them appealing to customers introduced new characteristics such as a sloped spine, smaller hind legs and deeper chests. Improper breeding has exposed the breed to a plethora of problems — starting with hip and elbow dysplasia, maniacal temperament and a whole bunch of skin problems. Did the original version have these? Absolutely not!

Another breed group that has been hounded with problems due to unethical breeding are the Retrievers. These dogs are the go-to breeds for families and singles alike! Supposed to be extremely friendly, with a healthy build and wellbalanced posture, the modern version has been reduced to a brashly aggressive version, ridden with both temperamental as well as physical issues such as hip dysplasia, heart disease and even cancer.

Then, there is the pug. Made hugely popular by a television commercial, breeders freely supplied these breeds without acknowledging the problems breeds like these pose.

In the process, they created a dog that would get convulsive seizures and die due to sudden heat strokes. There have been several instances of pugs’ eyes popping out of their eye socket, all this in the name of improving a breed! The body was made too compact, the muzzle further pushed in, so where are the organs supposed to go? The modern-day Pug then, has been converted into a disaster.

Dogs like the basset hounds and beagles were further stunted and elongated to look like “sausages” giving rise to early age arthritis and spinal collapse. Do these dogs deserve such issues? Not really.

One must understand that these breeds were formed due to centuries of studies of their physical and mental characteristics. Further trying to “perfect” them without expertise will only lead to more disasters.

The writer is a canine behaviourist