Ghee oil joins the long list of the West’s adaptation of Indian culture to market its ideas and products. 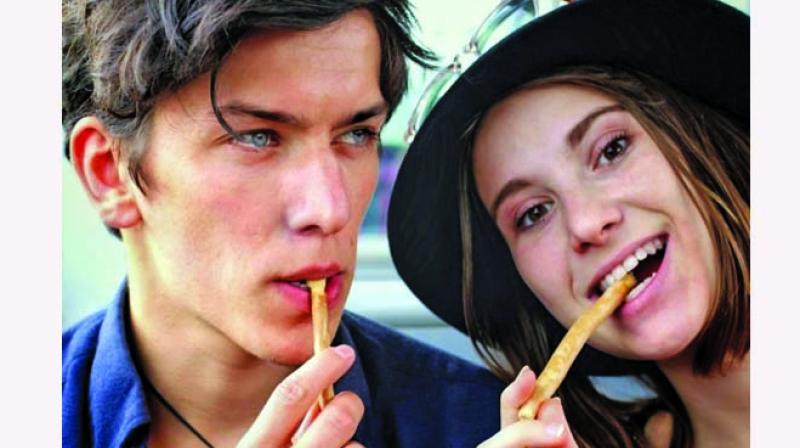 Much like pranayam that was repackaged and sold as ‘cardiac-coherence breathing’ an American brand has come up with Ghee Oil. Recently, a Twitter user shared his disappointment on the social media site when he posted a picture of a Los Angeles based company trying to sell ghee as ‘grass-fed ghee oil’. The label reads, “Our ghee oil is a hybrid of a slow cooked butter oil and grapeseed.” He affirms his disgust by captioning the picture as, “This is what they have done to our ghee.” It wasn’t long enough before it caught the attention of other people and attracted a lot of backlashes, including Bollywood actress Swara Bhaskar’s who shared the tweet and even called herself a ‘#GheeNationalist.’ The term ‘ghee oil’ is not only plagiarised, it is also misleading. Rushina Munshaw Ghildiyal, a food writer explains that the term in wrong, as she says, “The correct term for it is clarified butter. That’s a wrong terminology and it’s misleading. ‘Ghee-oil’ is wrong terminology and misleading because ghee is an animal product and oil typically comes from plant sources. The correct term for it is clarified butter.  In the west Brown Butter is also a recognised term”

This furor over cultural appropriation is not new. 7-Eleven, a popular US-based supermarket chain, is following the footsteps of Starbucks, a popular coffeehouse chain, by introducing an addition to their menu called Chai Tea Latte. This is reminiscent of the time when the Indians discovered that their grandmothers’ favourite home-remedy haldi doodh is also getting capitalised on as Turmeric Latte in the West. Although having conducted many cooking workshops with the foreign nationals, Rushina advocates for the critics to get cognizant that Indian food is complex to understand and such adoption helps in getting familiarised with the foreign foods. “Typically when you are trying to explain something to someone, you will use familiar terms, something they would recognise. Indian food is complicated to understand. So, I don’t think the terms are coined with bad intent. It’s typically people trying to fit the concepts into something they know. So your chai latte stems from the fact that latte is a coffee with milk, and chai also has the same thing. It just happened to be like that,” she says. She further adds, “I think these terms come into being when you are trying to explain these to people who do not belong to that culinary culture. They might not always be accurate because the person who is using the terms is using it according to their experience.” Hence, tadka becomes tempering, dal is lentil soup and vice versa.

However, with the advent of globalisation, the need to have global cultural experience and knowledge has been overcome with the need to capitalise over them. In what could be one of the most bizarre examples, an Australian advertisement was recently called out for selling a khatiya as a ‘traditional Indian daybed charpoy’ for 990 Australian dollars. A Twitter user making fun of it tweeted, “Who would have thought that we would need a copyright on khatiya/charpoy.. we better file IP claims for Indian ‘lota’ asap. #charpoy.’ Another one posted a photo of one such ‘daybed’ getting sold at Target, a popular American supermarket chain. Another example that pops the eyes is of a Czech company trying to rebrand miswak as a RAWTOOTHBRUSH. Such commodity fetishism by westernisation of essentially Indian products for the purpose of economic gain is what’s wrong with the cultural appropriation as it is also discriminatory and can even elucidate the ignorance of a culture’s legacy. Case in point: a popular American Science magazine Scientific American’s terming the centuries-old Yoga practice of pranayama as ‘cardiac-coherence breathing’. While some Twitter user called it as ‘the next Turmeric latte’, Shashi Tharoor surmised the emotions of incensed Indians in a scathing tweet which read, “Detailed description of the benefits of the 2500-year-old Indian technique of pranayama, dressed up in 21st c. scientific language as “cardiac coherence breathing”! It’s taking the West a few millennia to learn what our ancients taught us millennia ago, but hey, you’re welcome...”