Mindful TOT for the day

Is it time to have a school and college curriculum that includes yoga, meditation and more? It would seem apt, say city folk. 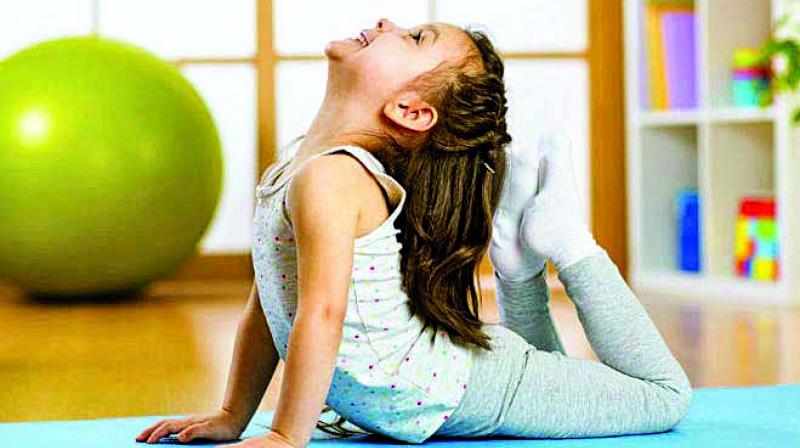 Image used for representational purposes only.

Students in England are all set to benefit from what is supposed to be a heritage that has been an Indian tradition since time immemorial. Recently, about 370 English schools in the UK will expand their traditional curriculum with a new subject; mindfulness, in the primary classes. They will work with mental health experts to learn relaxation techniques, breathing exercises and other methods to help them regulate their emotions. In other words, they will be practicing Yoga.

The initiative comes months after a survey published by the Nation Health Service (UK) found that one in eight children between the ages of five to 19 in England suffer from at least one mental disorder at the time of their assessment in 2017. New Horizon College of Engineering in Bengaluru is exposing their students to such practices too. On February 19, the university hosted well known Bollywood actor Boman Irani together with Swami Mukundananda, an international authority on mind management with the goal of inspiring and empowering youth for success in life, they both talked about attaining happiness.  In a chat with students and experts from around the city we find out how they feel about the concept and whether they feel the need to include the same in the Indian schools.

Rajath Ramachandran, an MA student from Jain College is of the opinion that it can be a very effective method to curb a lot of issues that teens and adults today face and create a positive change. “A subject like mindfulness when introduced to our educational system promises a change that is long term and much needed. At a young age we are teaching the students to learn themselves and get a grip over their emotions through the various physical and breathing exercises; and it does not take too long for a person to adapt the same into their life as a habit. Hence, as grownups they will be able to tackle and sort out issues by themselves in a socially accepted and positive way when opposed to the current trend of relying on substances and throwing temper tantrums.”

Every coin has two sides to it, so does bringing in a subject like this into our educational system. While the positive effect of it weighs much heavier, how will the students receive it?

Nikhil Banerjee, a final year student from Christ University says, “It sure will have its benefits in terms of helping the child cope with their emotions and stress. But, back when I was in school we did have a similar practice. It wasn’t introduced as a subject but we would spare a good hour practicing Yoga and it was mandatory. We never took it seriously and wailed away time or did it for the heck of it. I feel Yoga is something that we should practice out of interest and should never be forced upon. It won’t have the desired effect. For Indians, Yoga is still somehow about religion. The spiritual aspect of it is only secondary whereas, abroad it is practised and praised for its spiritual reasons.”

Roopesh BN, a professor of clinical psychology in Nimhans opines that it will be great to include a subject as such in the curriculum. “Every country faces problems of crime.  Crime is a result of deviance from the set social norms, leading to imbalance in the social, legal and political system.  Strengthening discipline through self monitoring and mindfulness as research suggests has proven to be healthy and effective.  The right time to start this would be making it a part of the education system, and intervening in the early years.  Creating a safe environment to introspect, reflect and self correct could change the perception of morality and add value to inculcating discipline in an individual.”

Child learns appropriate behaviour through reflection and thought.
Develop a sense of responsibility towards actions, words and consequences.
Makes amends and understands values such as forgiveness, gratitude, kindness, etc.
Develops healthier thoughts, feelings and behaviours.
Approaches situations and people with confidence and a sense of assertiveness.
Makes an effort to display or exhibit appropriate body language.