Though Howard’s artworks eschew realism, the artist drew inspiration from what he saw around him. 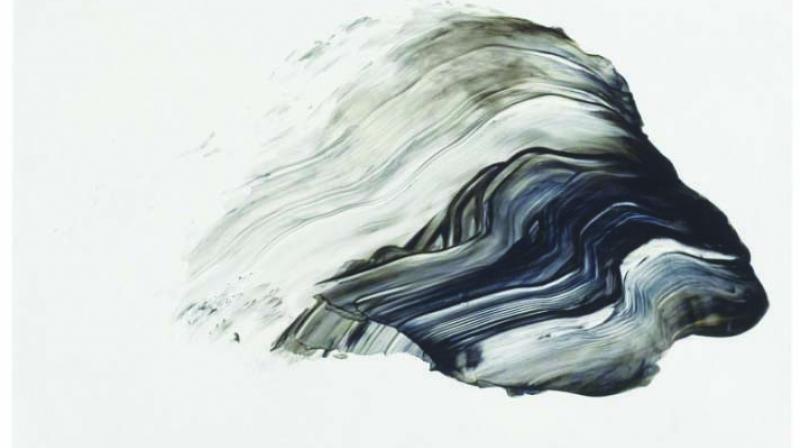 Celebrated painter Howard Hodgkin’s partner visited the city to reminisce about the artist’s contribution to the British Council in India, his fondness for the country and his Mumbai-connect.

The British Council chose to end their 70th-anniversary celebrations with a talk that honoured a man who has contributed greatly to their own cultural heritage as well as that of India’s.  The person in question is Howard Hodgkin, Britain’s foremost contemporary painter and printmaker and the artist behind the mesmerising monochrome mural that decorates the façade of British Council’s Delhi office. At a talk held at Chhatrapati Shivaji Maharaj Vastu Sangrahalaya, his partner of 33 years, Antony Peattie deconstructed the mural, while also shedding light on Howard’s fondness for India, particularly Mumbai, where he painted his last works before his demise in 2017.

“Public commissions were important to Howard, because they gave him a chance to leave the isolation of the studio and engage in a creative collaborative pursuit,” shares Antony, as he speaks about Howard’s collaboration with Indian architect, Charles Correa, who designed the building that became the headquarters of the British Council in India. The wraparound mural, made of white marble and black stone, seems to germinate from within the austere, geometric confines of the structure. When viewed from the outside, it reeks of abstraction — a key feature of Howard’s work. 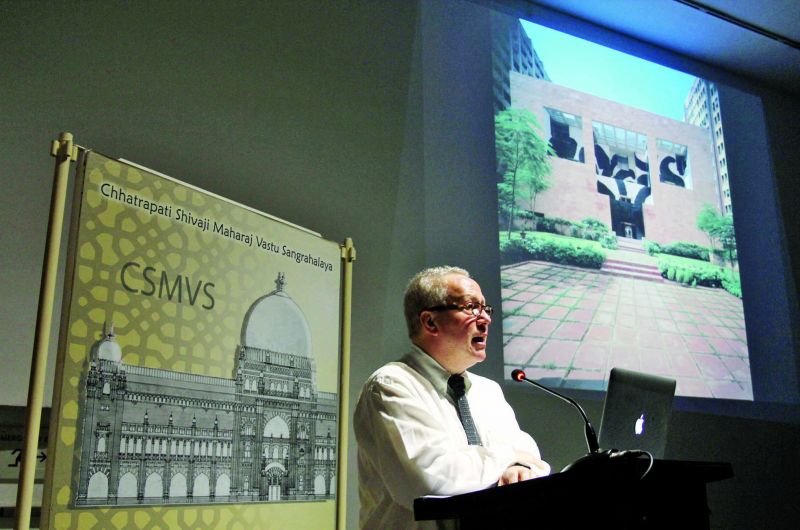 “The great thing about the work is that you can’t see it all from the outside,” says Antony about the mural. On stepping inside the building, the complexity of the work begins to emerge, as the snaking black lines gradually resemble shadows cast by a tree — an image that partly inspired the mural’s creation. Its abstraction provokes diversity in meaning and so, for some, it conjures up a yesteryear image of knowledge being imparted under the shade of a Banyan tree, while for others, it represents the tree of knowledge, whose roots extend deep into the soil.

“Howard’s style is mysterious, it avoids representation. He was an artist who thought more than he painted,” shares his partner. And that’s why Howard’s work is suggestive rather than representational, packed with emotion rather than information. Calligraphic smears, vibrant colours, obscured images and an interplay of textures and layers dominate his artworks, which are mostly framed and painted or printed on khadi-paper, wood or canvas. The artist also consciously left unfinished edges, brush marks or blank spaces to remind the viewer that he or she is looking at an image, an imagined construct rather than an extension of reality. 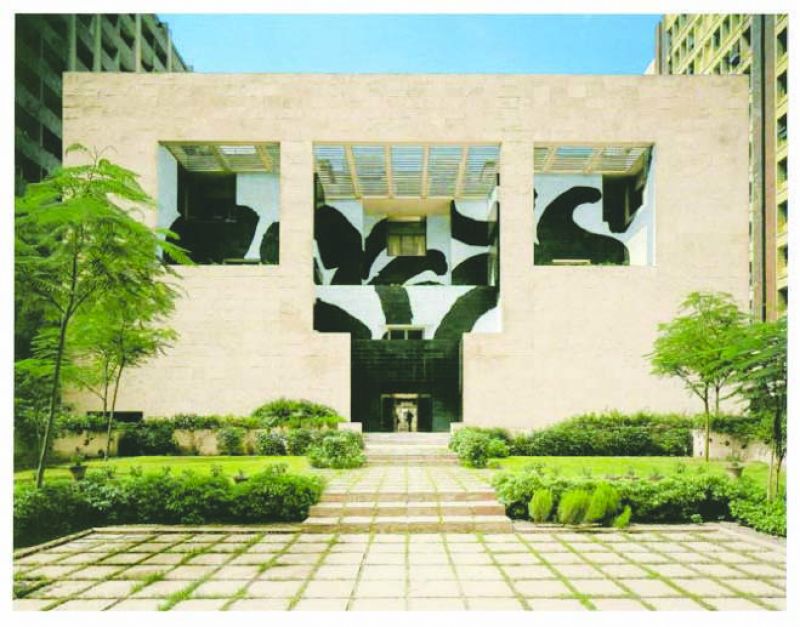 Close up of the mural at British Council’s Delhi headquarters. — Howard Hodgkin website

Though Howard’s artworks eschew realism, the artist drew inspiration from what he saw around him. After making his first trip to India in 1964, the artist made a series of screenprints titled Indian Views. These prints capture glimpses of Indian landscapes as seen from train windows. Howard even drew inspiration from the designs that decorated architectural structures in the country, particularly mosques and tombs. He was captivated by the representation of foliage in miniature paintings and book covers from the Mughal period and even by a fruit he came across in Mumbai — an alphonso mango. “Howard loved mangoes. On one of our trips to the city, we were presented with three boxes of mangoes,” chuckles Antony.

However, apart from mangoes, the artist was also inspired by the pulse of the city. In fact, on his final trip to Mumbai in the winter of 2016-17, Howard birthed five unconnected paintings, all in the span of six weeks. “It was his most prolific endeavour. Never had Howard created so much in such a short time span. It was like the city infused him with a burst of energy,” reminisces Antony.