Your smile is his success 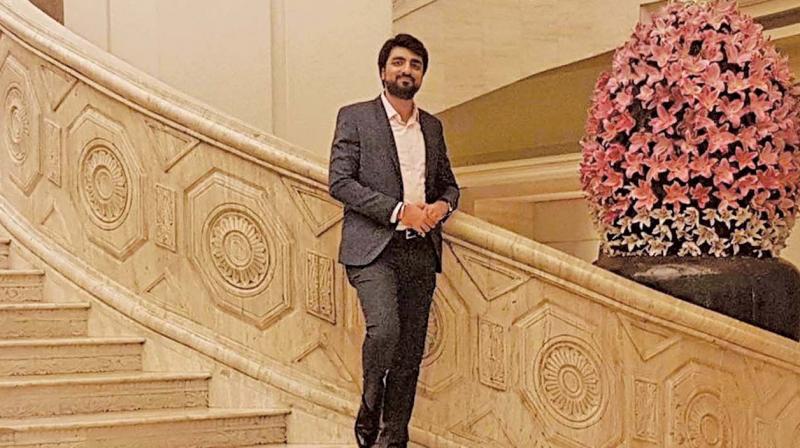 You could call him the Happiness Doctor for Dr Akshay Kumar's passion is helping bring happiness to people through treatment, talk therapy, workshops (presentations and modules), and teaching. And his reward and measure of success is the smiles on people's faces.

The 31-year-old is the co-founder and director of Diversity and Inclusion at Ask Insights, a diversity and inclusion consultancy firm that says it has trained over 20,000 people, including head honchos since its inception around a decade ago.

“We have been conducting diversity, inclusion and positive leadership corporate trainings/workshops across the Asia Pacific region in leading organizations and MNC’s,” Dr Kumar says. He adds that over the past decade he has worked in India, Singapore, UAE and England.

Kumar is a visiting professor of Psychology, head of the self-growth department and founding member of the counselling cell at IIIT Delhi, University where he was awarded the faculty excellence award seven times for four years in a row.

He is also a licensed clinical consultant psychologist and head, Department of Mental Health at the Artemis Hospital, where he has treated and worked with thousands of patients with psychological distress. In addition, he is also involved in many research projects of developing innovative interventions and modules for effective healing and inculcating happiness.

“Positive and clinical psychology, diversity and inclusion are not just a field of practice, study and research for me, it's my passion and meaning of life. It is extremely satisfying to not only treat people with depression, anxiety and other psychological disorders, but heal them towards achieving happiness,” he explains.

According to Kumar, his true passion lies in making people happier. “I do that by research and teaching the science of happiness as a professor in a University, healing people with need in the hospital and training top corporate organisations,” he quotes.

He believes he is in the field because he feels for people. “It's my nature since childhood to help people, which made me into a natural psychologist. My acumen to understand people is a skill that I have inherited from my parents. Also, the values that my parents have inculcated in me have made me the person I am today. My future plan is and will always be to make people happier and make this world a better place to live in. More specifically, I am writing a book on the Art and Science of Happiness,” Kumar reveals.

Elaborating on his plans for the future, he says “I am also venturing into international research projects with organisations and international universities to develop the concept at the mass level. I am also planning to expand Ask Insights to a global level emphasising the theme of diversity and inclusion across global organisations with strategic international alliances. My research work on positive psychological interventions was acknowledged and appreciated by The American Psychological Association in its convention in San Francisco.”

He feels his greatest achievement is bringing a smile to thousands of people, which is the both simple and difficult to achieve, and the most valuable thing. Golfing, travelling, driving, meeting and interacting with people is what helps him unwind.

“All people should think about others before they think for themselves. If everyone starts to do this there will be plenty of people thinking for you in the same way you would be thinking for them. It will make the world so much better." he recommends.

Research, he points out, has proved that the human mind is naturally attracted towards the negative. "This is a survival instinct to protect ourselves from environmental danger.  Even though human beings have come out of the jungles, the genetic nature of negative signals catching our attention has not left us. As a result we ignore the positives in our lives. I suggest to not only to the youngsters but everyone to keep noticing the positives and the good in their lives and life would become so much happier. This would require a constant conscious effort, as human nature ignores the positive because of a phenomenon called 'habituation',” he signs off.