In Russia, a therapeutic farm fights against the exclusion of the mentally handicapped. 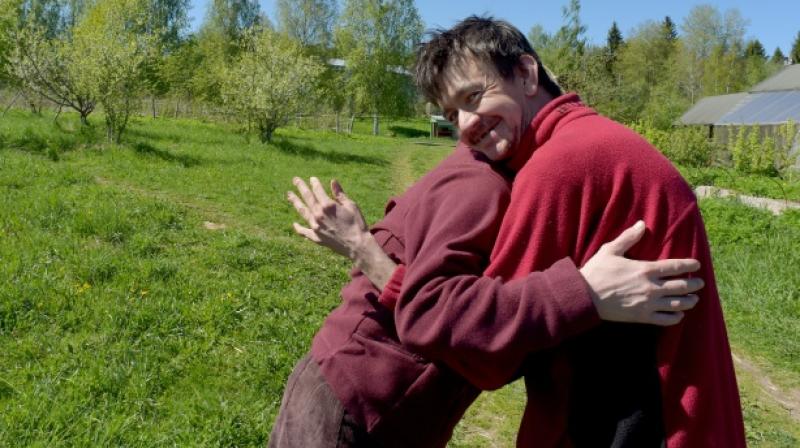 Today, despite significant improvements, they are still the subject of concern by human rights defenders. (Photo: AFP)

Russia: A bakery, a barn and a dairy: near St. Petersburg, about twenty handicapped people successfully deal with a solid farm, a rare case in Russia, where the integration of the intellectually handicapped faces a strong stigma.

130 kilometres from the ancient capital of the tsars, in the picturesque village of Alexino, this farm is part of the Camphill movement, founded in 1939 by an Austrian paediatrician, which has more than a hundred therapeutic communities around the world.

Alexino's 18 "protégés", as they are called here, lead a farmer's life with the constant assistance of five teachers and three volunteers. They live in large houses with living rooms, dining rooms, kitchens and separate bedrooms.

The place is financed by charitable funds and occasional state aid and to live there, the "protected" also pay a small share of their pension. Their living conditions are in sharp contrast to those of the large public psychiatric boarding schools, inherited from the Soviet period, which hosts the majority of the mentally handicapped in Russia.

On this spring day, 37-year-old Vika passes AFP journalists with a small wheelbarrow filled with compost. "It's my job," she says proudly. "It's been 19 years that Vika lives here, she's changed a lot since then, she's become an independent person, integrated into life, and that's our goal," says Elena Aleneva, 51, the director of this open centre. In 1994.

Community members do their daily chores in the morning before going to hobbies. That day, they repeat "The Little Prince" of Saint-Exupéry with their art-therapist, Irina Andreeva. They are very talented, each in their own way," said the latter, looking at Natacha, a young Down syndrome girl dancing.

The "protected" come mainly here for very long periods, at the initiative of their families and guardians. The centre of Alexino is still an exception in this country of some 145 million inhabitants, where 160,000 people, according to official figures, are treated in public psychiatric institutions with a sad reputation.

In Soviet times, the authorities encouraged the sending to these structures of the intellectually handicapped, considered unfit for work and negative for the image of the country. The public asylums were transformed into real prisons.

During the deep crisis that followed the end of the USSR in 1991, living conditions in these boarding schools, abandoned and deprived of funding, sometimes became nightmarish. Today, despite significant improvements, they are still the subject of concern by human rights defenders.

In 2015, a fire killed 23 patients, most of them elderly, in one of these institutions in the south-west of the country. In 2013, two other fires, also in this type of structure, killed 38 and 37, respectively, within a few months of each other.

Unlike the Alexino community, these boarding schools host hundreds of patients housed in dormitories, with much less supervision and with very limited opportunities to learn a job, say human rights activists.

"For a child with a mental disability, the scenario is difficult. In Russia, there is virtually no possibility of socialisation after 18 years," regrets to AFP anthropologist Anna Klepikova, professor at the European University from St. Petersburg.

This expert recently observes "real trends towards a humanisation of Russian society" concerning the mentally handicapped and the appearance of "programs for their socialization". "But it only covers the needs of a few dozen people," she says.

In recent years, the idea of a reform of public psychiatric boarding schools is making its way to the authorities, without leading for the moment on concrete measures. The main proposals aim to reduce their numbers - more than 500 currently - and to develop accompanying therapies on the example of the Alexino community.

"The government is ready to work with us on this, but we need to change the legislation, which requires a lot of effort and time," said Anna Bitova, director of a charity NGO and member of the government council for the social field. , in the online journal Pravmir, which deals in particular with social and religious issues.

According to Ms Bitova, the current Russian law does not allow the establishment of personalised support managed by the State outside public psychiatric boarding schools. "And without federal funding to solve this problem, the regions will do nothing," she adds.

In Alexino, life nevertheless follows its course, with a certain indifference from the rest of the country. "It's a pity that our experience of twenty years does not interest anyone at the moment," regrets the director, Elena Alenova.