The man who gifted the rare weapon along with 25 bullets and a medal minted by the British police on the 200th birth anniversary of Sir Robert Peel. 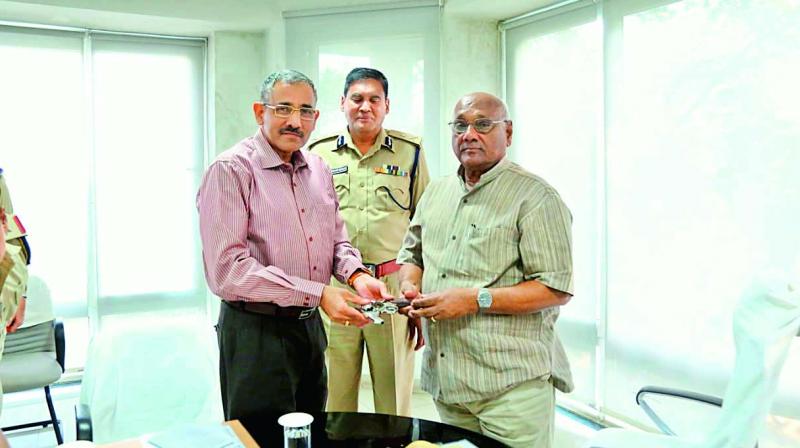 Like all old weapons, this .38 Webley and Scott revolver also has a story to tell. And while its finish may be slightly worn down, it is soaked in history.

A one-of-its-kind revolver made in the United Kingdom and first acquired in the 1950’s by the then Inspector General of Police K. Ramachandra Reddy, the .38 Webley and Scott is the latest weapon to join the rich and impressive collection of arms at the Dr Hankin Police Museum and Discovery Centre at the prestigious RVBRR Telangana State Police Academy.

The man who gifted the rare weapon along with 25 bullets and a medal minted by the British police on the 200th birth anniversary of Sir Robert Peel, the founder of the British police — to the Police Academy is retired IPS officer C. Anjaneya Reddy, the son-in-law of Ramachandra Reddy.

“My father-in-law acquired the weapon in the 1950s and it remained his personal weapon till his retirement. He was the IGP (HoPF) from 1975 to 1978. In 1978, it was passed on to me and was my personal weapon till my retirement in 2003. This particular weapon is no longer manufactured,” informs Anjaneya Reddy, who drove down to the Academy recently and gifted it to TSPA Director and senior IPS officer Santosh Mehra.

Since it is a prohibited bore weapon, only uniformed forces can possess it and Anjaneya Reddy could have easily sold it to any police officer. But he decided to preserve it in the museum instead.

“I have no idea how much it is worth now but I wanted it to be preserved in the Dr Hankin Police Museum for everyone to see. I think my father-in-law purchased the weapon from an auction as it was not available for sale in the open market, being a prohibited bore. I don’t remember how much he bought it for though,” says Reddy, who also happens to be the founder Director of the Police Academy. 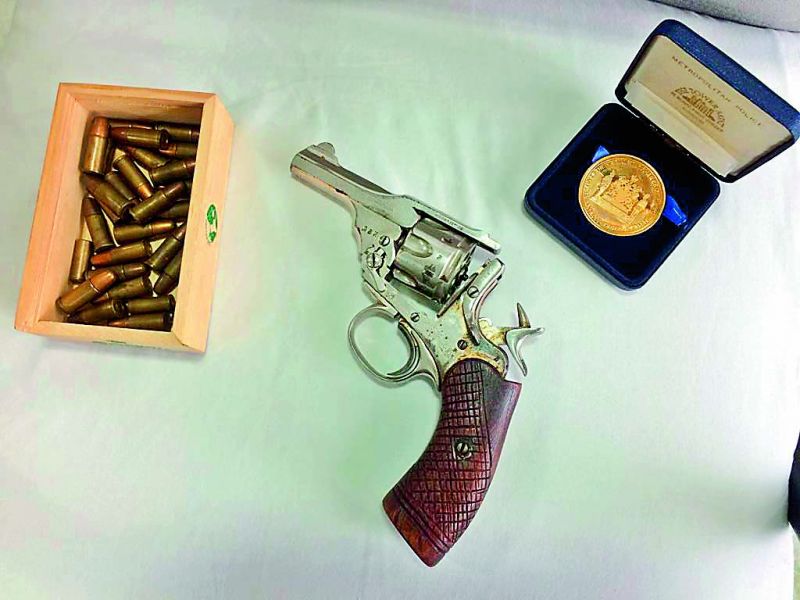 Describing the British minted medal that he gifted to the Academy, he says, “'The medal was given to me as a souvenir when I visited the Commissioner of Police, London in 1988."

Appreciating Reddy’s gesture to donate these rare items to the museum, Additional DGP and TSPA Director Santosh Mehra says, “It’s a very nice gesture on his part and a lot of history is attached to it. The Academy is happy to receive the gift.”

Earlier, family members of IPS officer K.S. Vyas had donated a rare sword to the Academy while there are many police units in the state that have donated old weapons, communication systems and other material available with them.

Set up in 2007, the Dr Hankin Police Museum houses many rare artefacts that date back to 1450 AD — among them are very rare pistols, revolvers, swords, daggers, cannons, arrows, old communication equipment, forensic science equipment and some very rare photographs including that of Rani Jhansi Lakshmibai. A First Information Report (FIR) of Mahatma Gandhi’s assassination is also on display. The museum, which has antique collections from the 16th century to the 20th century from various countries including England, France, China, Nepal, USA, Turkey, Iran and Egypt, is named after Hankin, a European who served as the first Inspector General in the Nizam state.

Though the museum is not open to the public, the Academy has started to allow school students to visit with prior permission. “'Students need to see and know these rare antiques,” adds Santosh Mehra.

Among the impressive varieties of arms at the museum is the five chamber ‘Lilliput revolver’ having floral and creeper designs on the barrel, chamber and other parts. Another interesting weapon is the walking stick-cum-gun besides a 1915 made sub machine gun, a Carbine of Italy police.

Among the rare inscribed swords at the museum are the Persian, Turkish, Egyptian and European swords with signatures of noted swordsmiths like Iranian Asadullah Ifshani, whose collection is described as the richest collection today.