Seeing life from both sides of the veil

An exhibition in Delhi explores if things really changed for the LGBTQ community after Section 377 was scrapped. 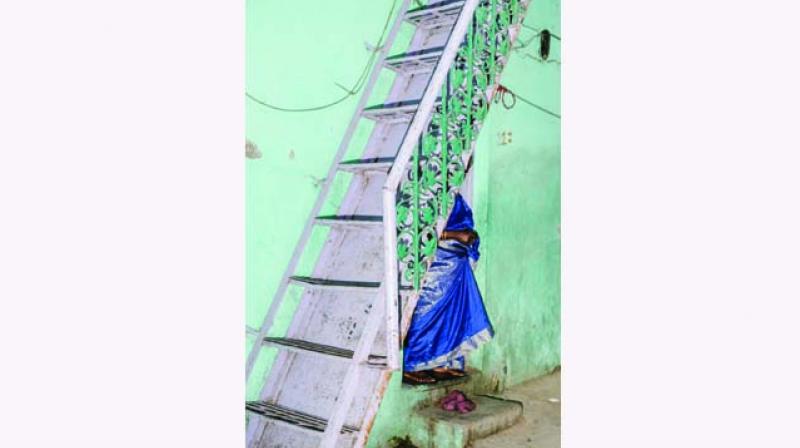 It has been 10 years since Section 377 was first decriminalised in a landmark judgment by Delhi high court on July 2, 2009. Four years later, Supreme Court declared homosexuality illegal in its judgment in 2013. Finally, it was in September 2018 that the five-judge constitutional bench of the Supreme Court unanimously ruled Section 377 as unconstitutional and thereby legalised homosexuality in India. But has India’s queer population really benefited from the new-found freedom, explores an exhibition, Both Sides of the Veil which showcased photographs and quotes of people who identify themselves as queer.

The 55-panel exhibition at India Habitat Centre in the Capital, showcases photos, video and audios put together by photographer Jake Naughton, a gay white man himself, and Washington-based art director Aarti Singh. What stands out in the exhibition is the presence of a veil. 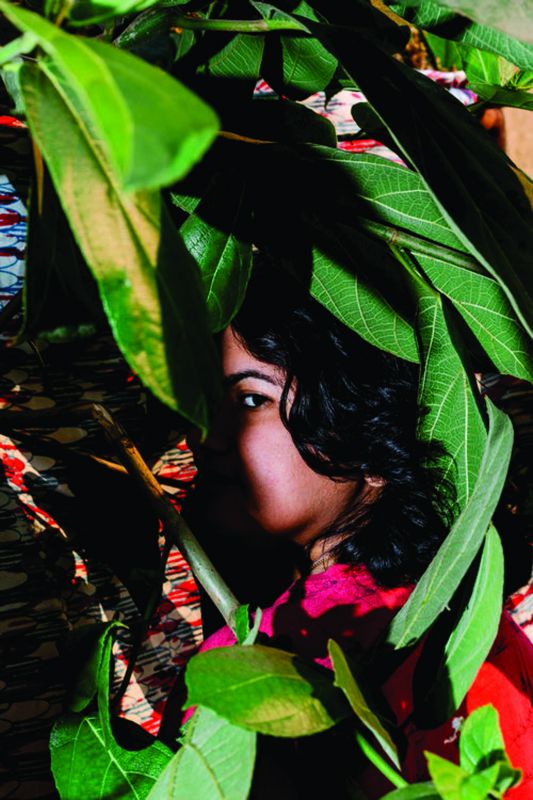 Called ghoonghat in Hindi, veils are traditionally worn by married women in front of men. In the context of the exhibition, the veil is sometimes used to hide people’s identity and in cases where people were open about their identity, it is used as an accessory, explains Aarti. Either they themselves or their family, she says, add the ghoonghat to their identity.

“The law is one part of the equation. It provides acceptance to a certain extent,” she says and adds, “We as a country are governed very much by the society. We run by what the bagal-wali padsosan (woman in the neighbourhood) thinks of us. We are a country that is run by a culture.”

The exhibition also features quotes from people those who identified themselves as queer from various regions, economic levels, . The quotes mostly contained the people’s (who were in the photograph) opinions about coming out to their parents and families, thoughts regarding how society was offended by their behaviour and how they were mocked for their orientation. There are also photographs captured that depicted positive anecdotes about how understanding and supportive some people were in their process of coming out.

This exhibition is very different from the various queer events as it focuses on the aspect of love and what it is like to fall in love with a person of the same gender.

Since India is a diverse country with every geographical region having their own stories and issues related to gender, it was pivotal to voice everyone’s concerns from the LGBTQ community, feels Aarti.

“I feel that gender and gender identity need to be talked about in this country. The categories that we look at as a country are man, woman and transgender. And, even the transgender are marginalized,” she says while highlighting the inequality that exists within the LGBTQ community. “Gay men are more privileged than the other people in the (LGBTQ) community.” She said and concluded the conversation by saying that in order to ensure inclusion and acceptance, the society must work together to ensure that people are felt welcome.

The event is currently ongoing and the photographs are set to be on display till January 31, from 10am to 6pm at the outdoor spaces of the Indian Habitat Centre.