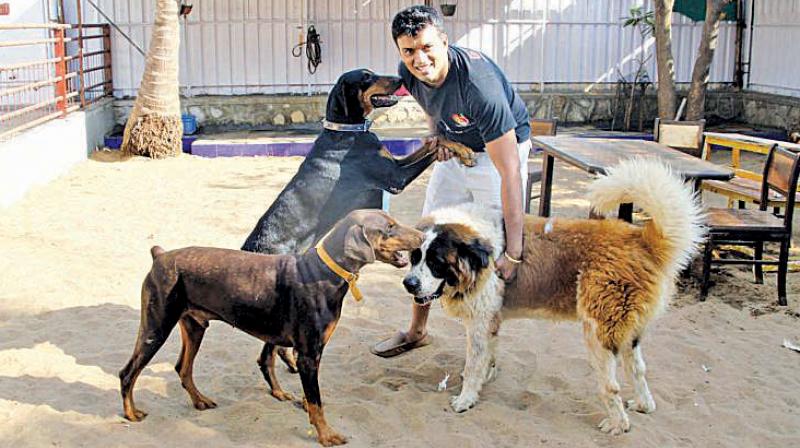 Animal cruelty in India seems to be at its peak with demands for Jallikattu — the traditional bull taming sport in Tamil Nadu — causing an uproar in the country. A recent petition was also put in front of the Supreme Court for permission to be granted for the indiscriminate culling of stray dogs. Thankfully, sense prevailed, and the bench, consisting of Justices Dipak Misra and R Banumathi declined the petition saying, “nobody can destroy stray dogs in entirety. They also have a right to live”. A Mumbai-based NGO took this event as a sign of how bad the situation has become for stray dogs and cats on the streets. Ganesh Nayak of Animals Matter to Me, has therefore come up with a plan to help neuter and spray strays in different localities, so as to reduce animal cruelty and culling.

“We are opening a web portal on January 26 through which people around the city will be able to donate money for the neutering of strays in their locality,” he elaborates. The portal will also have the provision for people to add in details about the number of strays and the locality in which they want the NGO to focus on.

“If we wait for the government to do something or for the system to change, we will be waiting forever. So, we decided to take matters into our own hands for the safe and hygienic neutering of strays,” says Ganesh, who goes on to say that this way, young puppies don’t get into accidents and incidents like the culling of dogs in Kerala can be avoided.

However, there are some cautionary measures that the animal activist believes any organisation taking up this task needs to keep in mind. “Any organisation, whether government or private, needs to take some basic precautions when they take a project like this up. You need to ensure that you catch the strays in a humane manner. You also need to ensure that the operation theatre is hygienic and that the dog is fully healed before you let it go. The last and vitally important step is to release them in the same neighbourhood as where it was captured, since they have very strict territory demarcations,” he explains, adding that neutering and spraying can only be done once the dog or cat is nearly a year old and not before.

Ganesh acknowledges that the scenario in Mumbai and other metropolis cities when it comes to government agencies that take up neuter and spray project is dismal. However, he adds that the reason behind the state of affairs is mainly inadequate funds and training. “If you want the operations to take place in a proper hygienic environment, you have to ensure that appropriate funds are allotted,” he says.

The animal rights activist has chosen January 26 to launch his portal since it marks the day that the Indian constitution came into force. “I believe that it is time for us to take a thorough look at the laws that are written in the constitution as far as animal rights are concerned. So, I thought that launching this platform on Republic Day seemed appropriate,” he signs off.