Gear up for this garage sale

A unique motorcycle garage sale is set to treat visitors to vintage bike parts and accessories and will also offer some cool ‘moto artworks’. 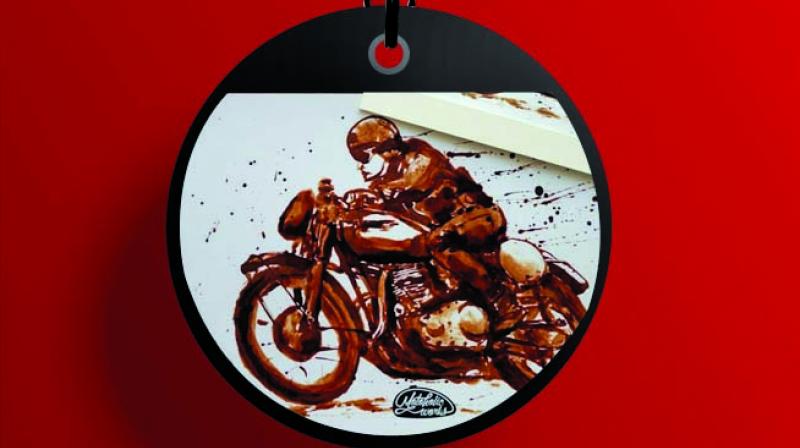 Garage sales are always fun because you feel like you’re digging into someone’s forgotten trunk and you never know what your roving fingers might chance upon. One such sale called Garage 52 Resets is being put together for motorcycle enthusiasts at Khar West, since Garage 52: The Motorcycle Collective, the city’s Motorcycle Mecca, is moving to Bandra.

As the five-year-old workshop, which also doubles up as a community centre for motorcycle enthusiasts, is set to move, lock, stock and barrel to its new address, its founders have decided to host a fun send off in the space.

For those unfamiliar with this space, don’t get fooled by the name, because Garage 52 is nothing like your average garage. While grimy men repairing and servicing bikes is a common sight here too, it also conducts DIY workshops and guided motorcycle tours, holds motorcycle-related art shows and documentary screenings, builds and restores customised bikes while also allowing you to buy or rent tools and accessories to repair your own bike. Besides, Garage 52 also houses a library, which is stocked with books on motorcycles.

Joshua Crasto, one of the founders and an avid biker and motorcycle builder, tells us how this space came about. “Mario (Mario Pereira is a co-founder of the space and one of the most established motorcycle mechanics in the city) and I used to work out of a smaller space in Bandra. We had to move out of the space after a while and when setting up this space, we decided to come up with a motorcycle community centre, so that enthusiasts could meet, connect and do all things related to motorcycling,” he says.

Because of the diverse use of this space, Joshua tells us that the ‘Moto Flea section’ in Garage 52 Resets will offer up some vintage gems from their inventory. “Because we run such a large workshop, we’ve collected a bunch of parts from bikes which have been modified or scrapped over the years. These parts are valuable, like carburetors and mudguards of rare motorcycles, custom tanks, parts of Yamaha RD350 and old British bikes - parts that you can’t go to a store and buy. We clean them, restore them and it’s all up for sale,” he says.

Garage 52 Resets will also shine the spotlight on an area in the art world that hasn’t been fully explored yet. “The Moto art scene is still in its nascent stage in the city, but there are quite a few artists who are making wonderful artworks,” says Joshua. And so, visitors can also opt to purchase some of these artworks, which will be put on display.

“There will be Motoholic Works, professional artists who used to design motorcycles in Japan, as well as other celebrated artists in the space like Nemotsu, Moto Machao, and Mahesh Talape,” reveals Joshua. Additionally, visitors can listen to indie tunes performed live and dig into some delectable sides.

“Garage 52 Resets is not only for people who are part of the motorcycle community but also for people not interested in the motorcycle space, because it might kindle an interest in motorcycles in them. There will be motorcycles you’ve never seen parked around here, so it’s a good way to understand what is in and what isn’t,” says Joshua.

When asked if the new space in Bandra will be any different from the old one, Joshua answers in the affirmative. “We plan to make the new space more customer-centric, where you can come in and do stuff without us having to supervise. Activity wise, we’re planning new tie-ups. We’re looking at roping in people in the motorcycle space, especially artists, to figure out how we can work with them,” he says.