The recent fatwa on social media etiquette issued by a Muslim seminary has irked members of the community all over India. 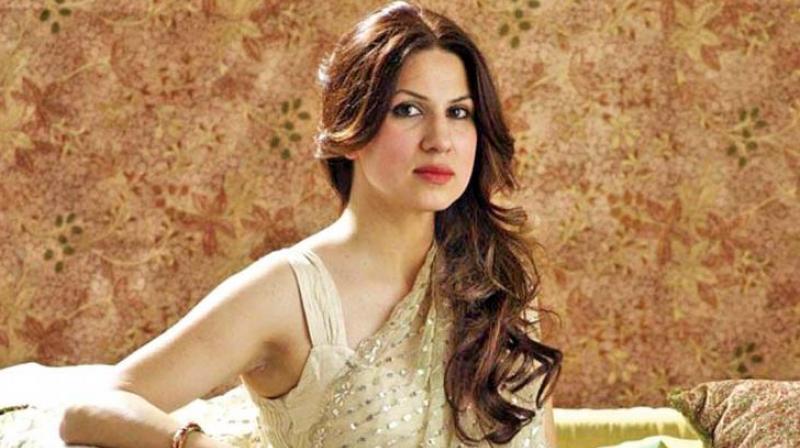 Religion is a very personal choice with everyone having the right to follow the faith of their choice — irrespective of their background or surroundings.

Recently, the Darul Uloom Deoband in Uttar Pradesh’s Saharanpur, one of the largest Islamic seminaries in India, issued a fatwa that bans Muslims from posting pictures on social media sites and termed the act ‘un-Islamic’.   Soon, social  media was flooded with posts calling this move ‘barbarous’.

We talk to a few Muslims from various walks of life about this  and if it is going to affect them personally and professionally.

Fashion designer Rehane Yavar Dhala says, “India is a democratic country and if a person has the freedom to issue fatwas, the others also have the freedom to follow or not follow them. We are too busy working and trying to do the best we can on a day-to-day basis in our respective careers. It is very easy for people to come and just issue a fatwa asking Muslim men and women to do this and that. For me, work is worship and that is the only thing I do care about. My work demands photographs and I don’t know how to do my work without social media.”

Shamna Kasim aka Poorna is one of the few Muslim actors who has made a mark for herself in the film industry. The actress, who hails from Kerala, has always faced a lot of issues from various Muslim groups for her certain bold appearances on and off screen. “I don’t know how to respond to such things. After being in the film industry for so long, I still have been under scrutiny and was a part of many controversies. There are people who come and ask my family if I have converted to Hinduism if they see me sporting a bindi. Just because I am a Muslim doesn’t mean that I need to live in a certain way and sport a certain look. I do believe in God and he has given me the talent. I’m working hard and the so-called organisations and groups aren’t doing anything useful for its members. Asking Muslims to stay away from social media is downright absurd.”

Shamna goes on to say, “When people question me too much, I generally ask them if such rules are applicable to someone like actor Mammootty. They reply, ‘Mammootty is a man and you are a woman. You aren’t supposed to do certain things.’ And I go like, ‘Why not? Are there separate rules for Muslim men and women?’ I think after answering to these Muslim organisations, I’ve become more clear on my religious beliefs. People think if you are an actor or a social figure, you have more freedom in life. But that’s not the case.”

Entrepreneur Shahin Ansari, co-founder of Maalgaadi, says that people come up with such bizarre things all the time and each one has their own view. “I am not going to listen to anybody who comes and tells me not to post anything on social media, just because I am a Muslim. No one can dictate anyone’s personal lives. And for me, religion is a very personal affair and no one can or should impose such rules on anyone. It’s completely up to the individual whether to follow such rules. People interpret religion in various ways.”

She adds that her parents are very open-minded and supportive — be it her personal and professional life. “When I started my business, there were some relatives who asked my parents about my career choice. But I was sure that whatever I did, my parents would stand by me.”

DJ Get Massive, who is a Muslim, believes that such rules are utterly stupid. “Even in Islamic countries, women are getting more freedom! India, being a secular country, I think such rules are mindless. Telling a person not to take a picture and posting it on social media is totally irrelevant. We are living in a technology-driven century and such rules take away the whole idea of development. Religion is a very

simple thing and it’s the people who are making it complicated. I truly believe that one’s belief should start from their heart. No matter what people say, live according to your conscience.”