Breathing new life into the old

An exhibition and a walkthrough at CSMVS attempt to reveal the arduous process of conservation of paintings and other artefacts. 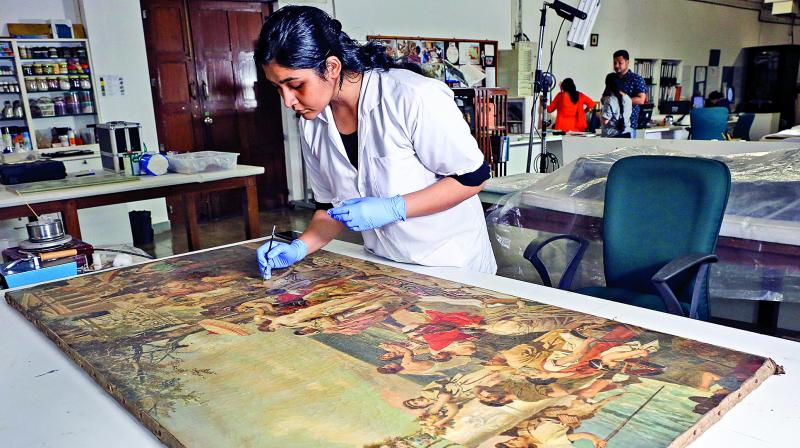 The Indo-Saracenic structure of Chhatrapati Shivaji Maharaj Vastu Sangrahalaya (CSMVS) that stands tall amongst the concrete buildings of South Mumbai, houses some of the most priceless historical pieces of art, sculptures, paintings, artefacts and antiquities. While the grand collection boasts of displays from the ancient stone sculptures from Western India to marvellous oil paintings from Europe, visitors may be oblivious that there is a dedicated conservation team that’s working to preserve these objects and heal the scars of time. Hence opening the doors for Mumbaikars to step into the hidden world of conservation, two conservators Madniya Mozawala and Nivedita Dhage will be conducting a guided tour in the museum.

As a part of an ongoing exhibition CONSERVING THE COLLECTION—The Practice of Conservation by Citi India and CSMVS, some of the iconic conserved objects like Humayun’s helmet, a 12th century Harihara sculpture, conserved textiles, rare anthropological objects, and oil paintings are on display. “We have tried to recreate, at least in parts, what happens when objects in need of repair or in danger of getting lost come to us in the conservation lab. We have to file conservation documentation. There is the process of determining what the problem is, and then we go about conserving them,” shares Nivedita. Visitors will not only come face-to-face with such processes, but also get to view actual technical analytical equipment like a stereo microscope, USB microscope, IR cameras and others. Moreover, Omkar Kadu and Dilip Mestry will conduct an additional walkthrough in Marathi later in the day. 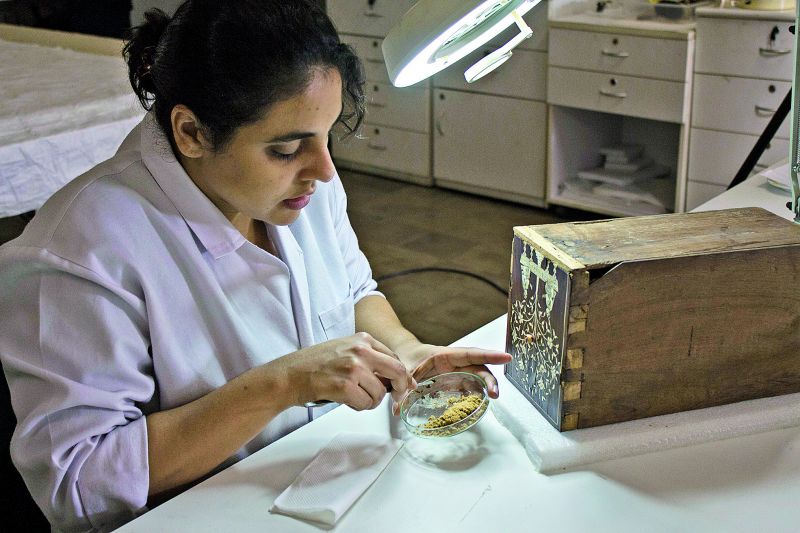 Although, in practice, the process of conservation is not as simple as it sounds.  Madniya, who specialises in conserving paintings, reveals that the easel paintings in the collection comprise three main support bases — canvas, copper and wooden panels — for which the research, approach and treatment differs. “When you are talking about the painting itself, there are different layers of paints, binders, and pigments. Moreover, according to different schools of art like the French, German, and British, there are different pigments that have been used; there are different binders that have been used to bind these pigments. And over the age, different problems arrive with different support,” she says.

Having worked on one such seminal neoclassical canvas painting Phryne in Eleusis that was flaking, Madniya further elaborates that there is a need for finding harmony between all the elements of painting. “Canvas has a lot of layer. There is a varnish layer at the top, there is paint layer in the middle, and then there is a ground layer. Then there is the support the cloth. You need to realise that if the ground layer is damaged, your top layer will start looking bad, and if your stretcher starts fluctuating due to humidity, the paintings might develop cracks,” illustrates the 31-year-old conservator. 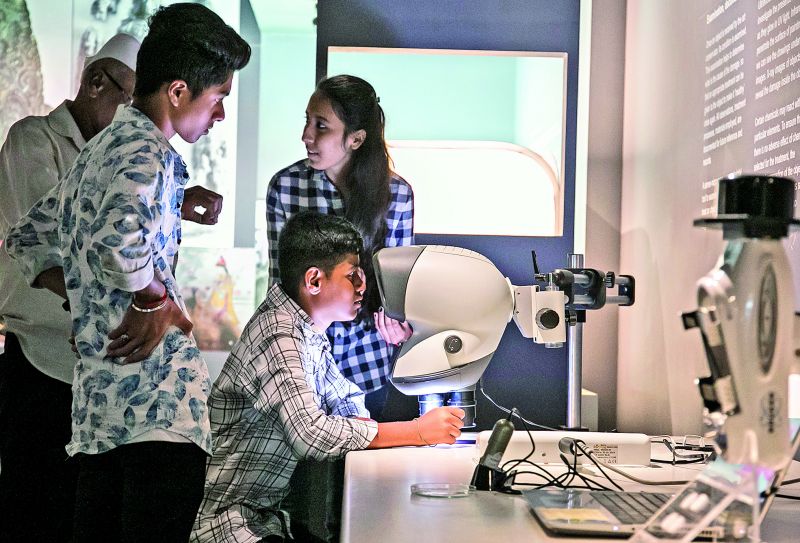 Visitors at the museum

Moreover, the musuem prefers preservation over restoration, going as far as using the same varnish and pigments as used by the artist. “Even when we consolidate the cracks, we let them look like they have aged. We don’t make anything look brand new, because even if it has flaked, that’s part of its history. At the museum, we do minimum intervention. We try to arrest them to a point that it does not happen any further,” says Madniya.

This gets further illustrated in Nivedita’s challenging ordeal of stabilising a 17th century wooden cabinet box from the Sindh-Gujarat region. When the dilapidated cabinet with an ivory inlay came to the conservator, she had to make a series of quick decisions to stabilise it rather than restoring it. “I had to figure out how to stabilise such a damaged object with multiple losses as the main lid was completely detached from the body. I realised that there is only so much that I can do. In the conservation process, taking a decision plays a big role. My aim was to stabilise the object as it is and try to highlight whatever you can see rather than restoring the object,” concludes Nivedita.
—The walkthrough will be conducted at CSMVS tomorrow from 11 am to 1 pm and 2:30 pm to 4 pm