Kerala floods have revealed an ugly truth as for the first time a natural disaster is being used to incite hatred. 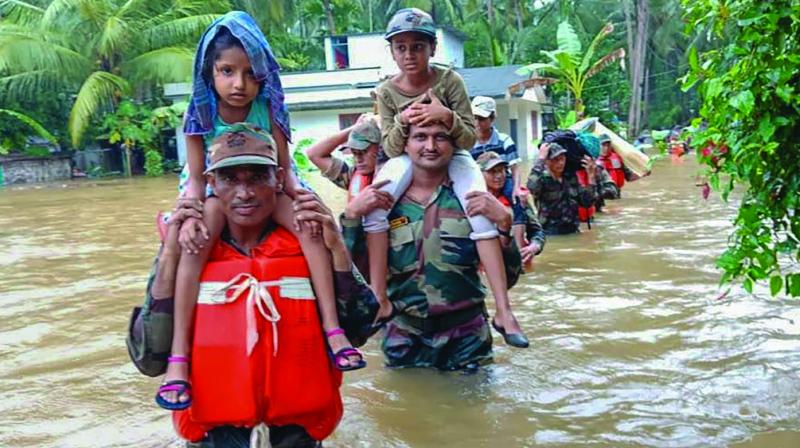 There are a few times, such as a natural calamity that always brings people of a country closer. Natural disasters have in the past catalysed unity not only among citizens but also among neighboring countries. However, the latest Kerala floods and its victims are seeing an online response that is nothing less than bewildering.

While on one hand there are online posts and personal messages about how and where to donate for the flood victims, on the other hand, there are a bulk of hate posts that are targeting the victims and using the basis of religion and politics to spread hatred.

Supreme court lawyer, Shinoj Narayanan who is working for flood relief in Kerala and is also holding a collection drive in Delhi, says, “We are focussed on the work and how we can help. I am not paying attention to the hatred as of now, as there is no time. But of course, I have opinions on why that is happening - the major one is the political reason. There is a lack of sensitivity, education and awareness.” 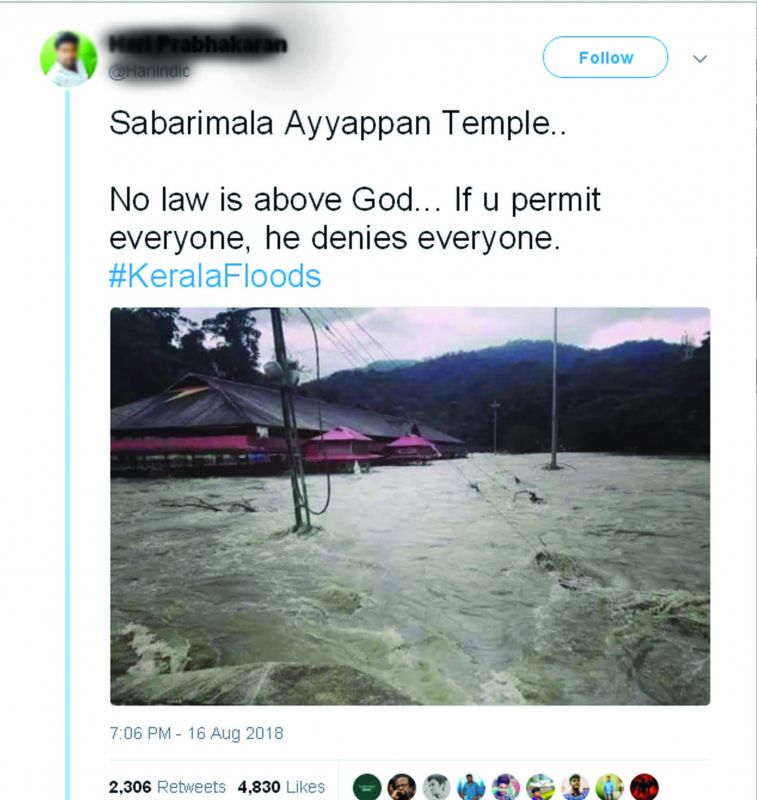 However, he believes this is a time to think and focus on making the resources available and raise funds. Shinoj along with other Supreme Court lawyers is busy in organising another drive on Wednesday at the Supreme Court.

On the other hand, for Kartik Narayanan, the picture is very different. The Ph.D. student at JNU is part of a team that is raising funds online for the flood victims. Working for the cause through social media, he is coming across a lot of toxic posts and was dealing with one when we approached him. “I am baffled. I have no idea why this is happening. This is not humane. There have been multiple examples from different states where people have come together during the times of natural calamities. There is a section on social media that is spewing hatred. It is unbelievable how the citizens of our own country are doing this. I am shocked.”

The hate posts range from people asking not to support the victims as they happen to be ‘leftists’, to people sharing ‘Muslims and the Christians being punished’ to many blaming ‘women for entering the Sabarimala temple having caused floods’, and others think it due to ‘people messing with the wrong Gods’. 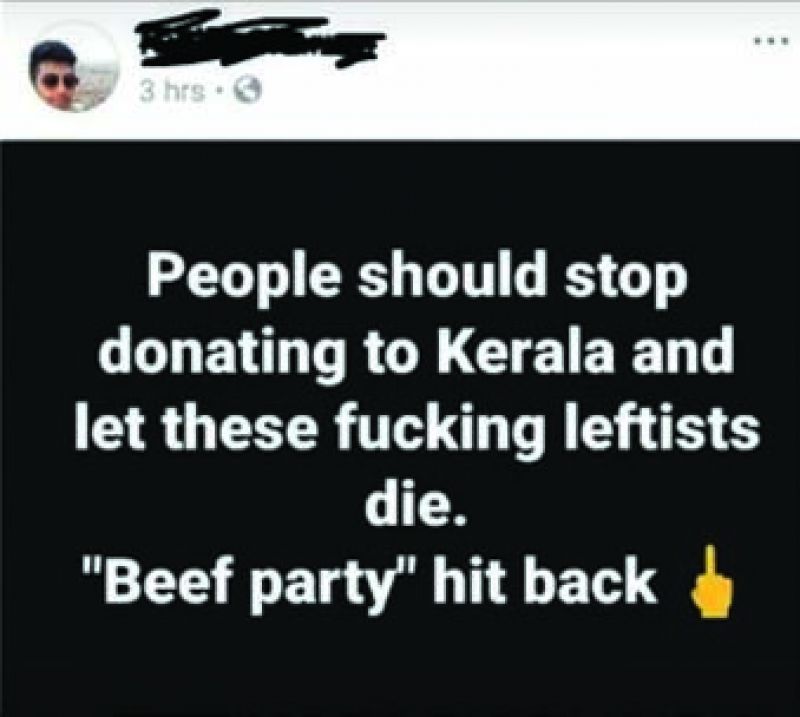 While a lot of social media is focused on relief work, many have been passionately arguing the reasons behind the floods. Indologist and post-doctoral candidate, Ramaa Golwalkar, has been raising questions related to the reasons of the floods. “It was keeping in mind the trolling that is happening on social media that I raised a question: ‘Any connection with RSS worker’s murders?’ They didn’t see that I have also shared other posts on relief work. All these things, trolling and even the floods didn’t happen all of a sudden. The floods are related to illegal mining and deforestation. I actually put up that post as a sarcastic comment to show how people are wasting their energy. But I ended up getting trolled myself.” 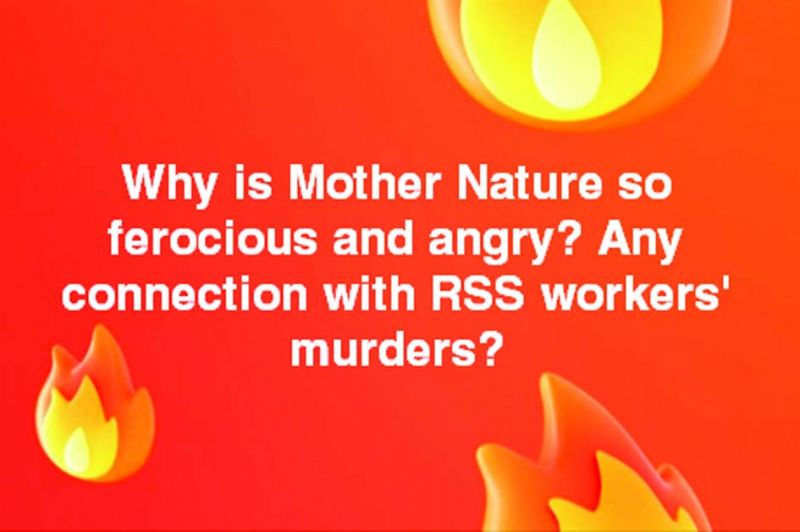 Ask her if it is more important to talk about relief funds as of now or raise such questions and she says, “People have become very reactionary and there is a definite divide that can be seen right now. So it is impossible to not raise these questions that are pertinent. It is unfortunate that people don’t understand sarcasm.”

The divide on the whole at a critical time such as this is definitely a pointer towards a very scary trend that is growing on social media. As Shinoj aptly calls it, ‘unfortunate’.