This artist from Bengaluru was listed as one of the 30 under 30 achievers by Forbes magazine. 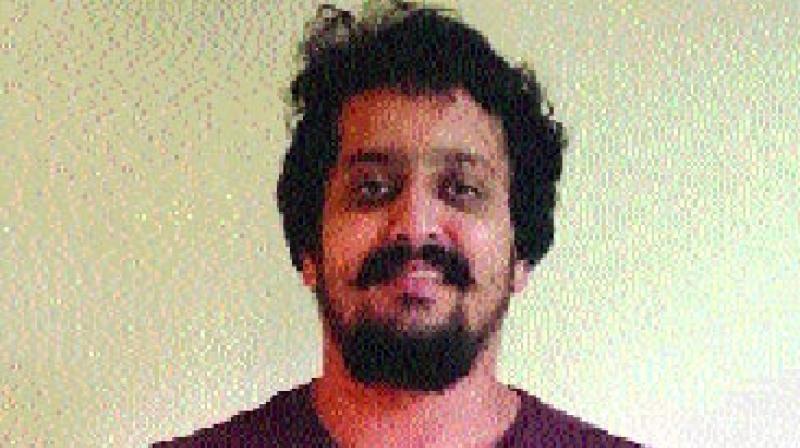 Twenty-six year-old Amshu Chukki always knew he was cut out for the arts. But what egged the painter, video artiste and short filmmaker on to pursue it was an innate passion for narrating well-weaved tales through video art. Fortunately, for the award-winning fine arts man, the recognition arrived soon enough — the Bengalurean was listed under the ‘Forbes 30 under 30 India’ in the year 2016.

Barely a year since then, his documentary film Dispatches was recently screened at the Asia Film Focus 2017 in Singapore this July. In a candid chat with The Asian Age Amshu shares the inside track with us, just as he prepares for his first solo art show in Mumbai to be showcased towards the year end.

Enthusing on how it all started, Amshu begins, “My parents had a great influence in my initial interest in art and my initiation. My father Sham Sunder is an artist too and my mother Mamta Sagar is a poet and writer in Kannada. While studying art in Baroda, I grew interested in cinema and theatre. The amazing faculty in the painting department at the MS University gave us this exposure to cinema, its history and its branching into experimental cinema and video art. I think all this has definitely seeped into the way I think, work and tell stories.”

With his debut art show on the cards, his days are packed. Vouching by how inspirations sprout from the unlikeliest of sources, he shares, “So far, my artworks have been restricted to individual projects and group shows, This is the first time I will be displaying a whole bunch of works together in the gallery. The show will have glimpses of some older work and some new work done in the past two years. I’ve put together observations etched on paper, sculptures and of course video installations.”

Amshu is a recipient of Nasreen Mohammadi Award for the best display (2010-2011), Kalpana Reddy Memorial Award in Photography, Bachelors of Visual Arts and the like. On what inspires him, Amushu responds, “I’ve looked at various processes of cinema. It was during my  visit to Montreal that I learnt about architectural spaces in the 60s and 70s. The works are inspired from sites, people and much more.”

The preparations have kick-started, and is keeping the youngster on his toes. “There is no distinction between what I do in my life and my work. I edit on the computer, draw and play around in the studio figuring out new possible works during my freetime. I  will continue making art. A couple of future projects are in the pipeline but I’m yet to work on them. I want to direct a feature film at some point in the future.”