Let's do it the German way! 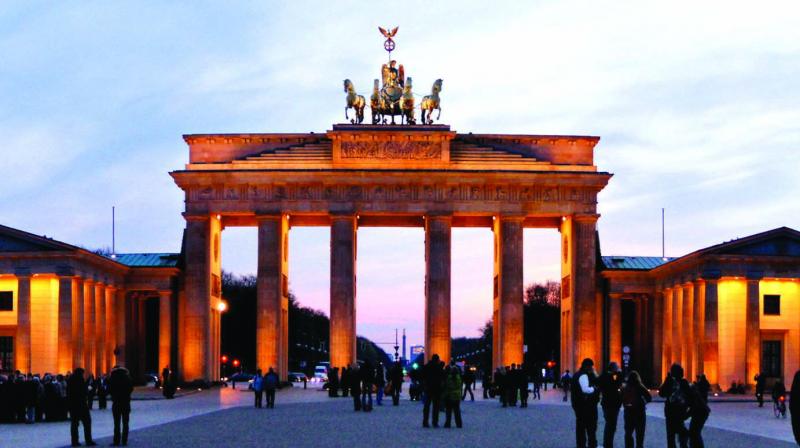 A glimpse from Germany (for representational purposes)

Destination Germany continues to be one of the most sought after travel haunts for Indians travelling aboard. The country witnessed 921123 visitor overnights in 2018 making for a 8.1 oer cent growth. Owing to this steady growth, The German National Tourist Office, India forecasts a steady growth in visitor overnights for the year 2019. Recently, the German  embassy expressed a steady outbout tourism growth from India.

Experiential travel is becoming the most sought after genre  in 2019.

Bauhaus Art School in Weimar, Germany, often termed as the birthpace of Modernism, is promoting experiential travel to the country, to mark its centenary celebrations.

A new campaign — “Centenary of the foundation of the legendary Bauhaus movement in Weimar” is only adding to it. Romit Theophilus, director for India at the German National Tourist Office feels it is a lively school of ideas and a field of experimenting in the free and applied arts, design, architecture and educational methods.

The famous art school opened in Weimar in 1919, and during its short lifespan it moved to Dessau and Berlin. The architecture, art and design that was created there, is still revered around the world.

According to Britannica, the Bauhaus was founded by architect Walter Gropius, who combined two schools, the Weimar Academy of Arts and the Weimar School of Arts and Crafts, into what he called the Bauhaus, or “house of building,” a name derived by inverting the German word Hausbau, “building of a house.” Gropius’ “house of building” included the teaching of various crafts, which he saw as allied to architecture, the matrix of the arts.

It is believed, the Bauhaus had far-reaching influence. Its workshop products were widely reproduced, and widespread acceptance of functional, unornamented designs for objects of daily use owes much to Bauhaus precept and example. Bauhaus teaching methods and ideals were transmitted throughout the world by faculty and students. Today, nearly every art curriculum includes foundation courses in which, on the Bauhaus model, students learn about the fundamental elements of design.

In addition. the GNTO is developing campaigns on the major trends of culture and nature. In 2019 the “German summer cities”, the touristic offerings of larger cities and those in more rural areas, take center stage as part of a worldwide marketing offensive.

Contents of the campaign are the five clusters urban city, romantic, holiday on the water, sightseeing as well as arts and culture.