Mallika candidly spoke about being plus size and her contribution towards changing the way female comedians are perceived. 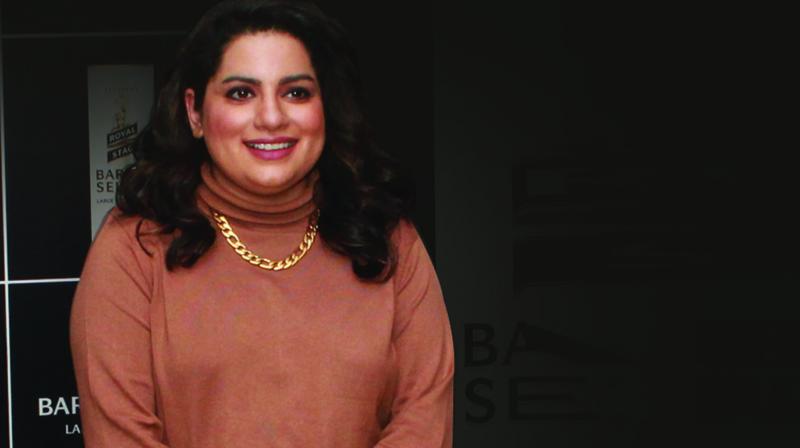 Comedian, actress, writer and Internet personality Mallika Dua may have an actual funny bone, but her fight against gender and body stereotypes has helped many embrace their identity.

Many still fondly remember her role as Tinder Aunty with AIB. Mallika Dua is not only an Internet celebrity, she is also a bona fide millennial star. She found her fame on Shit People Say: Sarojini Nagar Edition (with A Little Anarky), and just a year later, everyone knew who she was.

In a recent conversation with us, Mallika candidly spoke about being plus size and her contribution towards changing the way female comedians are perceived.

“We do want someone to tell us that it is okay to be goofball, it’s okay to say and do something that girls are not supposed to do. I was just taking that forward and doing what I studied and I wanted to do. Whatever you see online, I was doing that on stage anyway. I just felt that it was high time to take it to the largest audience,” Mallika shares.

“I never set out to do something that was selfless or for a greater good, ever; it was always for a selfish reason. Its was more like ‘Yaar main bhi toh funny hoon, main bhi toh kar sakti hu’ (‘I am also funny, even I can also do this’). It was more of an exhibition of myself and my skillset. I genuinely feel when you stand by your truth, then you end up helping a lot of people. A lot of people are benefitted from one person’s truth,” she adds.

Mallika, who is also a theatre major from Pennsylvania, USA, has commonly portrayed an exaggerated version of the typical Delhi girl, who is loud with an affected English accent. In person, however, she is quite the opposite. “I am a very shy person. Most people think, because I do comedy and mad characters, I will be very outgoing, crazy in real life. I am extremely quiet and shy and uncomfortable around you people (journalists)."

Upon being asked of the benefits she would have received from the industry had she been a boy, the actress answers, “Firstly, I would have got much better pay. Secondly, we mostly hear that girls throw tantrums, they have moods, however, I haven’t heard anything like this (being said) for males in this industry. It is always like ‘oh he is very particular’, I think that narrative would be played out differently in this case.”

Dua has also defied gender stereotypes and tackled fat-shaming and body-shaming through her videos. She believes that if a person starts accepting themselves and starts celebrating themselves, then these stigmas will die automatically. She continues, “What’s happening is that people are not taking shit any more, especially when there is so much trolling happening online. People are very accepting of who they are. I don’t think it matters (anymore) if society accepts you. If people will see a person is celebrating themselves, they will also start doing the same. Slowly and steadily, that noise coming from people who say you are fat, becomes irrelevant.”

She adds, “However, this stigma of fat-shaming and body-shaming is still there in casting and marriage.

For instance, If I’m called for a part, inherently the character is fat.”

Dua, who recently worked in Royal Stag Barrel Select Large Short Films’ Nawab, shares her experience working in a short film and says, “It was really special and really fulfilling because comedy can be exhausting, constantly repeating that line that people find funny again and again you feel tired. [...] (In this case) It was nice just dealing with the story where you are not placed there as a clown.”