Dancer Zia Nath talks about her soulful mystical journey and her initiative of introducing the whirling dance community to Mumbai. 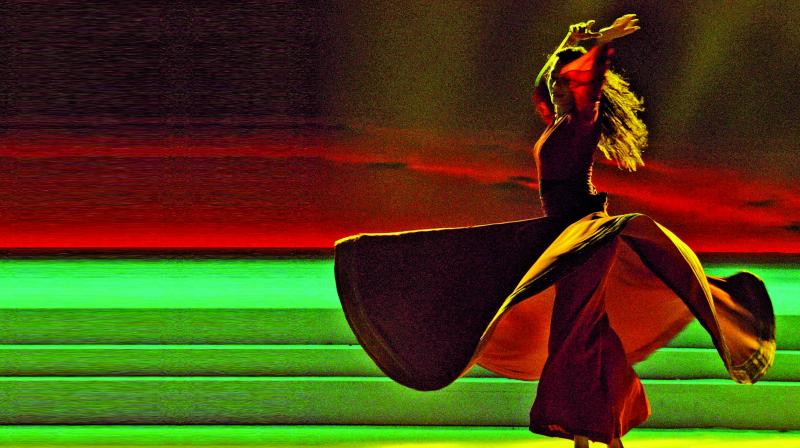 Arriving to the Bay, the whirling dance community is a nod to the compelling art seekers who want to experience or learn how to whirl.

With their arms wide open, right hand directing to the sky ready to receive God’s alms and the left hand towards the earth conveying the spiritual gifts to those witnessing the Sema – the whirling dance, the dancers certainly transport the audience to the land of the mystics. The religious dance of Dervishes – a small group of people following the legacy of the 13th century old Islamic sect of Turkey– is soon to find home in the city with the debut of the whirling dance community. Performed in long white dresses and expressing love and devotion to God, Sema is being curated by veteran whirling dancer Zia Nath under Thriive Art and Soul.

Arriving to the Bay, the whirling dance community is a nod to the compelling art seekers who want to experience or learn how to whirl. “This is an initiative to create a caravan of whirling, meditating dancers and a community of whirlers to share a soulful, mystical experience,” says Zia. The interactive session by Zia aimed to teach the participants the art of whirling along with a short ethereal whirling performance.

Practicing this dance form for more than two decades, Zia believes her dance is like meditation. “It looks like a dance because of the grace, the music, and the rhythmic movement of the whirling skirt, but actually it’s not a dance. It’s a beautiful, graceful meditation in motion. It’s not possible to whirl without the meditative element,” she explains. She also adds that as a performer when one gets into the practice of whirling, the stable turning-motion of the body starts to create an organised force around itself. She further elucidates that her approach towards the dance has evolved over the years and she positions it from her heart, saying, “It’s still mysterious, wondrous and new; every whirling experience opens up new dimensions.”

According to Zia, this dance makes her feel grounded, free and spacious within – like meeting the wondrous sky. “It felt like this when I first started whirling. It still feels like a mystical realm to explore endlessly,” she recalls. However, her sense of technical knowledge has evolved over the years and she tries to master all that she witnesses with the changing time. “I’m less fearful. I have better balance and stamina, so I try many more different variations and styles of whirling,” she claims. And now, she refers her dance as the Whirling Mandala – a circle within circles – never ending, “As there is so much to experiment in a simple turn.”

One wonders how Zia, originally an Odissi dancer, transitioned into a whirling dance proponent. While Odissi is considered to be an ancient dance, whirling is a mystical meditation practice. However, for Zia the two dance forms that have different origins are in fact complementary to each other. “Both have different practice and trainings. One is very earthy and the other really lifts you off the ground, so both are complementary to each other,” expresses the dancer. Concluding the conversation, she further says that in her performances, the diversity of both the dances add another dimension of sustained spaciousness. “I like to showcase this diversity and the fact that the sacred experience is really one and the same, no matter which part of the world it comes from,” she signs off.