Striving to share the responsibilities of parenting equally is a step in the right direction say experts. 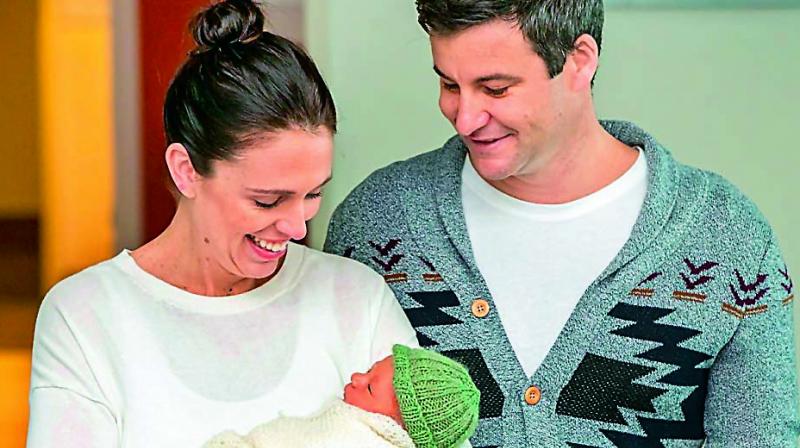 New Zealand Prime Minister Jacinda Ardern gave birth to a baby girl on June 21 this year, becoming the second world leader to have a child while in office.

New Zealand Prime Minister Jacinda Ardern gave birth to a baby girl on June 21 this year, becoming the second world leader to have a child while in office. The first was former Pakistan Prime Minister Benazir Bhutto. Two days after the delivery, in a press conference, she introduced to the country baby Neve Te Aroha. Her partner, TV host Clarke Gayford, has decided to be a stay-at-home dad when she returns from maternity leave in six weeks. The move, which is breaking gender stereotypes, has been hailed as an inspiring one. In a part of the world where childcare is still a mother’s duty, we ask working parents, stay-at-home dads and social thinkers what they feel about parenting roles in this day and age.

Change in thinking, Deepti Pathak, Social Thinker
A  quick look into our recent past will reveal why only women had to take on the role of raising a child. Historically, earning a livelihood involved laborious tasks and was a matter of brawn over brains. But luckily in the 21st century, your physical strength has nothing to do with your ability to provide for your family. Today, the role of women as leaders in companies all over the world is growing by leaps and bounds and there is a greater understanding of the value women can bring to the table. Having said that, while women have gone out of homes to replace men in their corporate roles, this reality hasn’t spurred men to take on roles they left behind at home, especially when it comes to rearing a child. The stigma of being ridiculed is what keeps most men from being a primary caregiver. If we, as a society, bring about the change in our mindset, a modern-day father can contribute to his children’s health and well-being just as much as a
mother can.

Fathers, step up! Avishek De Biswas, Interdisciplinary Professional
Parenting was never only a mother’s responsibility. It is the duty of both the parents to nurture and nourish the infant. In the animal world, there are many species like seahorse, whose father nurture the young ones. So why can’t we expect the same in humans? Smash the patriarchy! If women can take on and excel in roles dominated by men for centuries, then men should also start learning to take part in their parenting responsibilities!

Society must facilitate change,  Sharika Menon, Consultant Psychologist
It has been a primitive convention for women to take up certain roles, allowing men to fend for the family. In the changed scenario of our society, I think these conventions need to be gutted. Today, as women take charge of homes and offices, they find themselves guilt-ridden and spread thin. Why must a father not step in? Men and women both need to spend equal time with their children for a balanced childhood. This helps relationships immensely and promotes trust and inter-reliability. It is imperative that today’s work culture accepts this shifting of roles and aid young couples by modulating paternal and maternal leave. Society as a whole has to stop scorning men who stay at home and women who work late nights. Educating the society as a whole can be a task. But when companies and men come forward to take responsibility and women bring themselves to loosen up and delegate, I think it will be a win-win! Happy parenting!

‘Both parents are responsible’, Apeksha Gawande, Pilot/First Officer
The times have changed. In this generation, men also give enough time for their children. They do everything from giving massages to the baby to changing diapers. I feel the mother is more responsible as she feeds the baby and certain things can’t be expected from the dad. But both are responsible for the child; couples today are aware of that and take equal responsibility. Taking care of a baby is a full-time job and the husband can look after the child once back from office.

Towards a more equal world, K.M. Chaitanya, Director and Social Thinker
I  think it has already changed. In most educated Indian families, wherein both husband and wife are working, we have more young couples sharing the responsibilities of taking care of children. However, we are still a very traditional country and patriarchy runs deep. In many places, without realising it, we give reasons to justify how the woman alone has to bear most of the responsibility of child-rearing, saying that she has certain qualities that help her take care of the child better. And all these reasons are made to seem logical, though they are not. They are steeped in age-old and religious and patriarchal practises. I think the best way out is that as women become more and more economically independent, and we towards a more egalitarian society, the men will have to learn that child rearing is a shared responsibility

A welcome trend, Kaniha, Actress
I  had my child delivered in the US and the culture there was quite different from ours. There, the father actively takes part in the parenting right from the birth of the child, which I don’t see much in India. But the trend is changing. Earlier,  very few dads got involved in the initial days of parenting. Since the child needs the mother more for breastfeeding, fathers, in general, think that they do not have a part to play in this. I think both the parents should be equally involved in the initial years of parenting. In Jacinda’s case, it’s a really healthy and welcome trend to see the involvement of the father. It creates a very healthy atmosphere in the family and for the new mother as well since it helps her cope with issues like postpartum depression. The child also grows up watching the family bond and share duties and responsibilities equally.