Evolution of feathers before birds 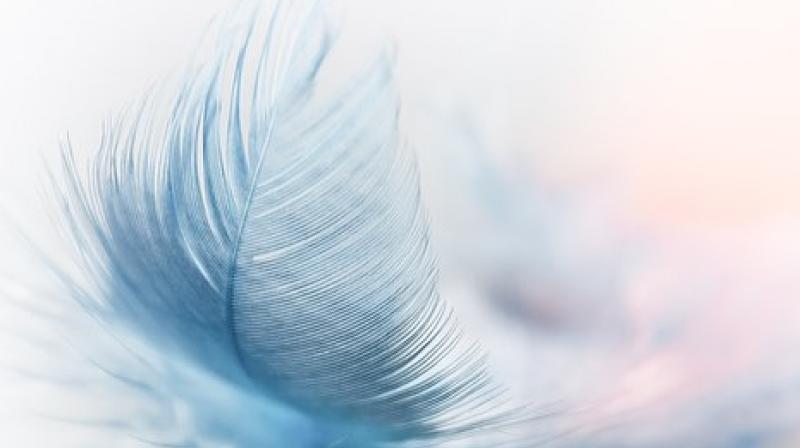 Modern birds like chickens often have scales on their legs or necks and showed these were reversals, what had once been feathered had reversed to scale. (Photo: Representational/Pixabay)

Washington: A new study has discovered that feathers came into being around 100 million years before birds, thus changing our understanding of feathers themselves, their functions and their role in evolution.

The key discovery came earlier in 2019 when feathers were reported in pterosaurs (an ancient reptile). If the pterosaurs really carried feathers, it means these structures arose deep in the evolutionary tree - much deeper than at the point when birds originated.

"The oldest bird is still Archaeopteryx first found in the Late Jurassic of southern Germany in 1861, although some species from China are a little older," said Professor Mike Benton, lead author of the study published in the Journal of Trends in Ecology & Evolution.

"Those fossils all show a diversity of feathers, down feathers over the body and long, vaned feathers on the wings. But, since 1994, paleontologists have been contending with the perturbing discovery, based on hundreds of amazing specimens from China, that many dinosaurs also had feathers," he added.

Danielle Dhouailly, a co-author, works on the development of feathers in baby birds, especially their genomic control. She said, "Modern birds like chickens often have scales on their legs or necks, and we showed these were reversals, what had once been feathered had reversed to scale.

"In fact, we have shown that the same genome regulatory network drives the development of reptile scales, bird feathers, and mammal hairs. Feathers could have evolved very early," she added.

Another researcher, Baoyu Jiang, said, "The breakthrough came when we were studying two new pterosaurs from China. We saw that many of their whiskers were branched. We expected single strands, monofilaments, but what we saw were tufts and down feathers."