MS Dhoni, previously a wicket keeper, is all prepped to become the keeper of our nation. 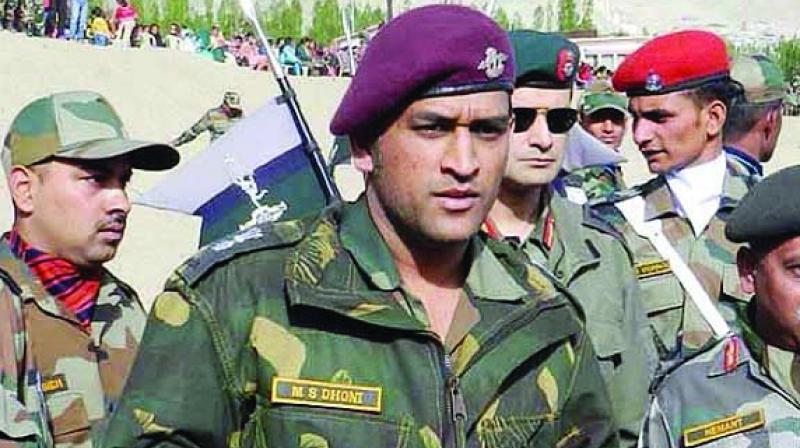 Lieutenant Colonel (honorary) M.S. Dhoni will be deployed in the Kashmir valley as part of Victor Force headquartered in Awantipora of South Kashmir and is likely to be assigned to road opening parties (RoP) and road domination besides patrolling the garrison and guard duty.

He will be commanding a company which will comprise an officer, five JCOs (junior commissioned officers) and 80 to 100 men. He will be assigned duties of securing the perimeter of the garrison besides RoP and road domination which is critical for the movement of Army convoys across Kashmir.