Not everyone was supportive of this move. Some slammed Deepika of making money in the guise of charity. 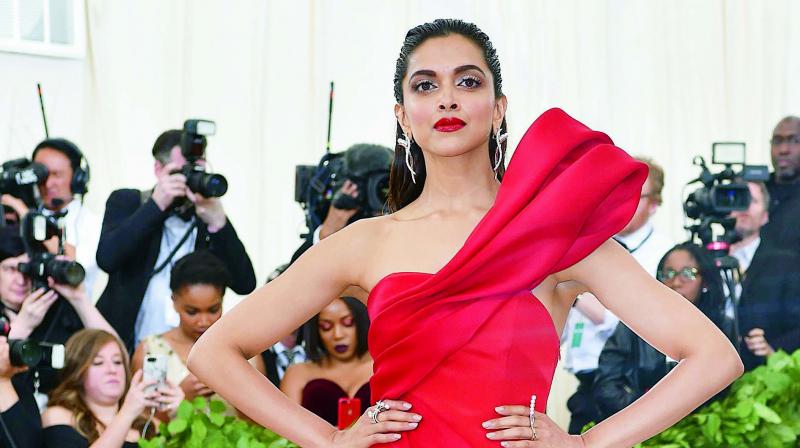 Twitterati slams Deepika Padukone’s idea of raising funds for her NGO by asking fans to buy clothes and accessories from her wardrobe. ‘Cheepika’, they call her!.

Celebrities have always been associated with charity and donations. Many support a cause they feel strongly about and help create awareness for the same.

While actors have the unfailing support of their fans most of the time for any noble campaign, things went a little haywire when Deepika Padukone decided to sell out a few things from her wardrobe to fund-raise money for her foundation The Live Love Laugh. The actress, who has been very vocal about mental health issues, put out a tweet on Thursday, where she asked people to buy things from her wardrobe, the proceeds of which will go to the foundation. “To each and every one of you, This #WorldMentalHealthDay I am delighted to announce the launch of The Deepika Padukone Closet™? where you can shop and own some of my most favourite pieces from my wardrobe (sic),” she wrote alongside a video.

Not everyone was supportive of this move. Some slammed Deepika of making money in the guise of charity. Kyalane Karthik, a Twitter user, posted, “This is absolutely disgusting. Donate your own money to your foundation @deepikapadukone. According to Forbes you made Rs 112 crores last year. Don’t ask people to spend money on expensive designer items under the guise of contributing towards mental health (sic).”

Perhaps he has a point. Selling used clothes which the celeb perhaps never paid for herself... “Philanthropy and ethical consumerism is a sham (sic),” Kartik tweeted.

Many also pointed out how celebrities ask others to spend money on their brands in the name of charity! Meera Ravi, posted, “OMG. How the mighty fall to the lure of capitalism. But DEEPIKA? I always thought you an intelligent and compassionate woman. If you need to clean out your closet donate to any charity anonymously and then share your Forbes-listed moolah with your own foundation (sic).”

While one more Twitter user, Akansha Kapoor, pointed out that The Live Love Laugh foundation doesn’t even help people in need for support. “If you email this fraud foundation for help they don’t even reply, it’s a very clever way of cheepika pr machinery Padukone to get good pr point plus tax benefits,” she tweeted.

The flip side
However, people associated with social causes do not agree with the anti-Deepika  views. Isidore Phillips, Director of well-known NGO that works for child rights, Divya Disha feels that such posts create awareness and that helps the cause a lot. “Had Deepika not spoken about mental issues and her personal journey through depression, the taboo would have continued to cloud the society. Most people are obsessed with stars and will want to invest in things they once owned. I feel that any initiative that helps in creating awareness should be encouraged. Also, we don’t know what their contribution is. We cannot say that Deepika doesn’t put in her money into the cause... Engaging people into such causes is the need of the hour. We all should be aware of our responsibilities towards the society,” he said.

While some might think of it as marketing gimmick, it is true that people started opening up about mental health only after the actress spoke about it. Similarly, Being Human gets all the support from people only because of Salman Khan’s association with it. Most NGOs invite celebrities to be the face of their initiatives.

Pointing out the same, Elahe Hiptoola, filmmaker and social activist who has been associated with many social causes, says, “There are some people who donate in front of the world and others who do it quietly. I know how much Shah Rukh Khan donates to various causes, but he never speaks about it. People want to be associated with charities, but it’s always a give and take. To engage more people many times we have to give away stuff. People auction ancient memorabilia to raise funds for noble causes, and I feel that’s alright. Deepika putting out stuff from her wardrobe for sale is a good idea, as she has so many who follow her and it will get people talking about her cause.